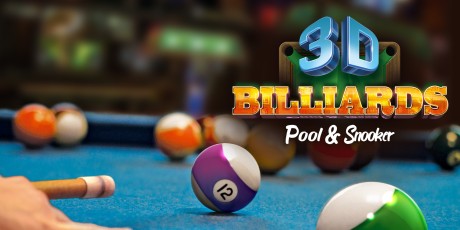 Step up to the virtual table and show what you can do with a cue! In addition to the pool hall classic eight-ball, you can also play nine-ball, ten-ball and even snooker! Whether alone against the AI or in a duel against a real player on the same console, you'll send balls careening across the table in four selectable, highly-detailed rooms as you work your way up the local high score list.

Choose from ten attractive avatars as you duel against AI opponents of varying difficulty levels. Get pumped up by the engaging pool-playing soundtrack. And listen closely for the authentic sound effects, like the clack of the balls, collisions, breaks and the characteristic way the balls roll across the table. Take aim, put a bit of finesse on your shot and play like a real pro! 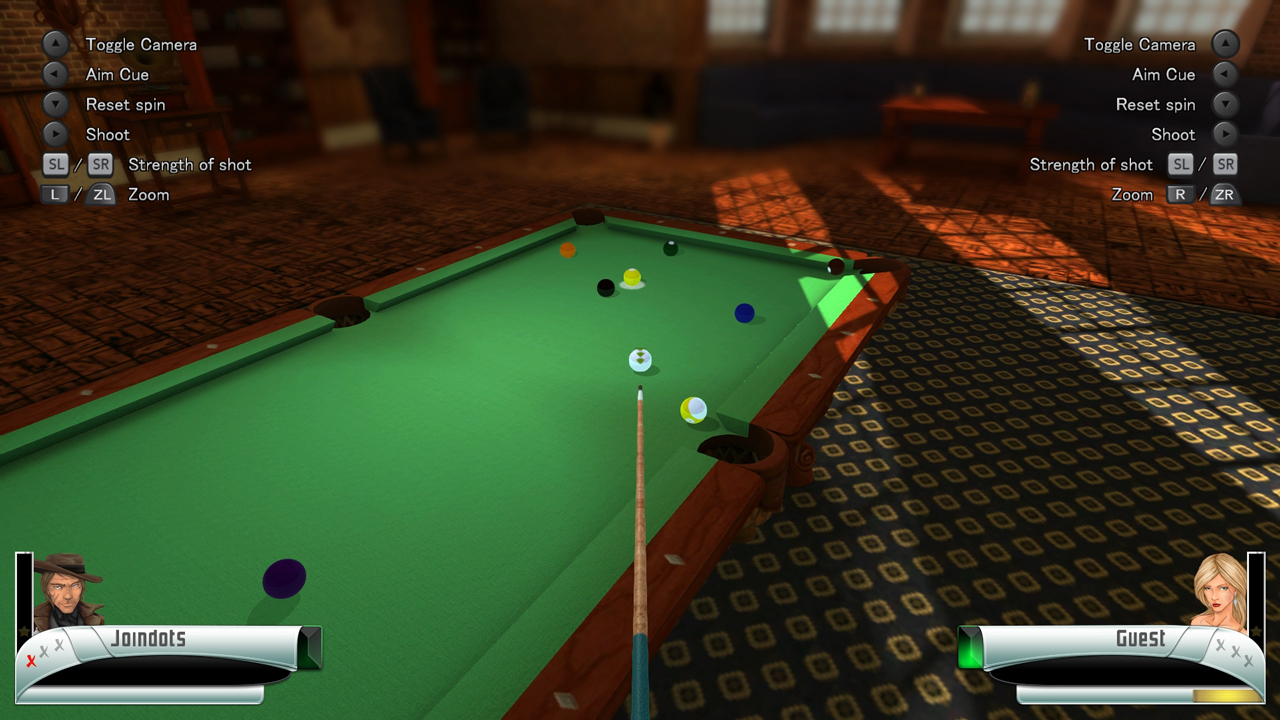 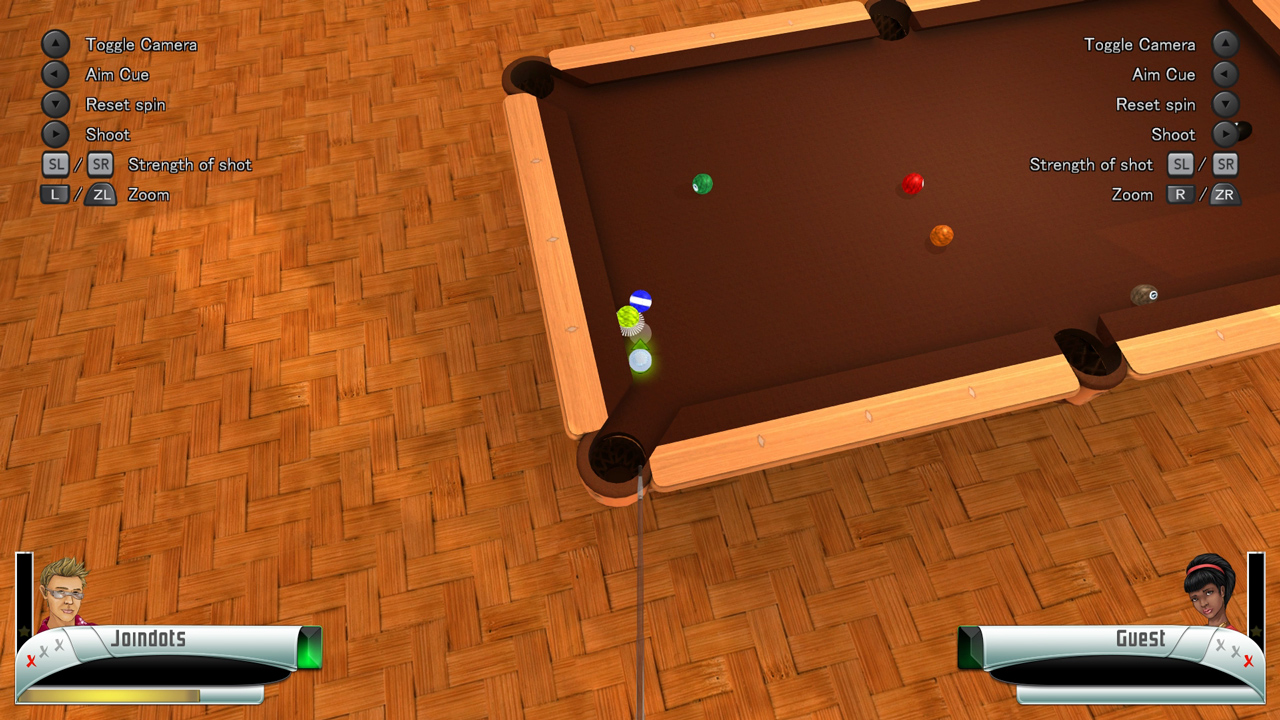 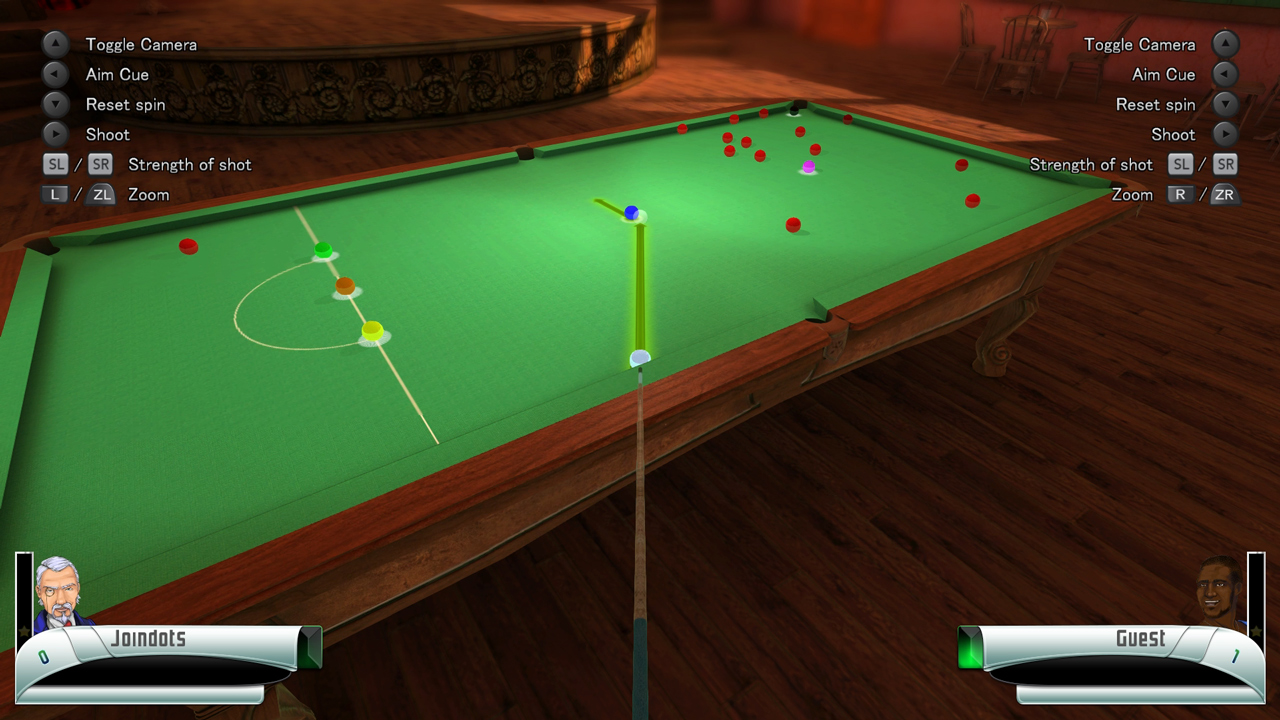 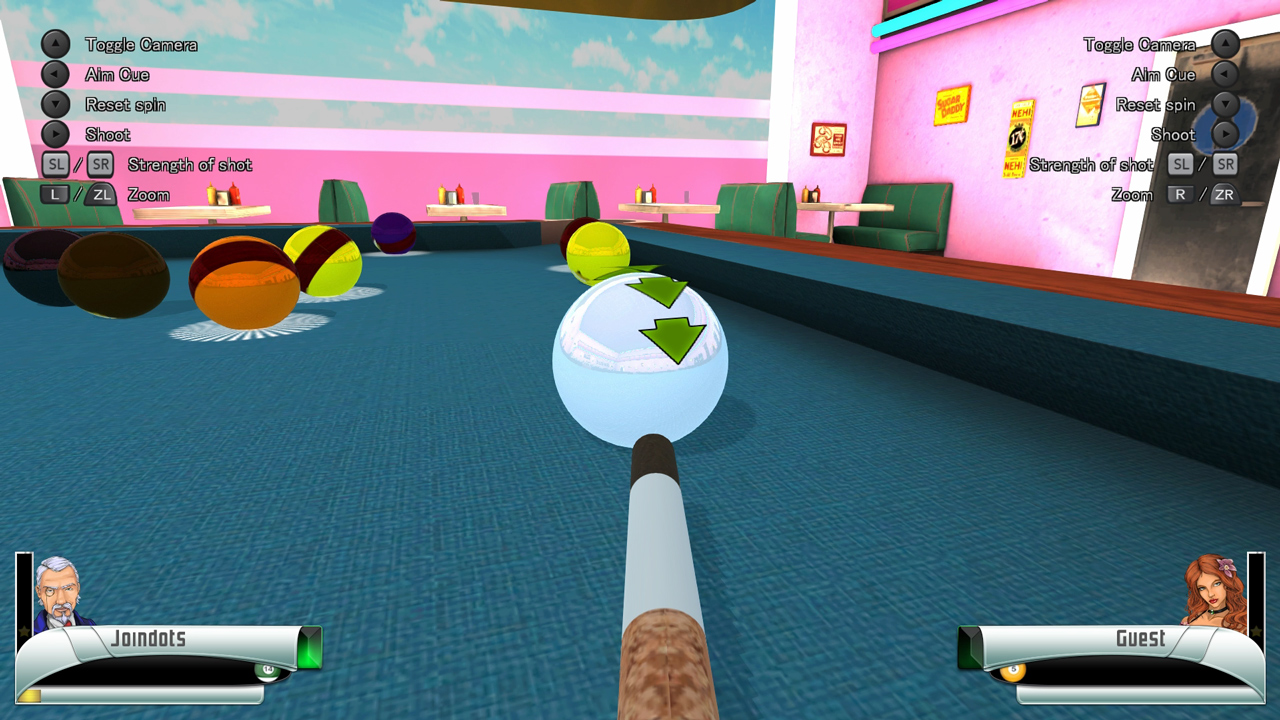 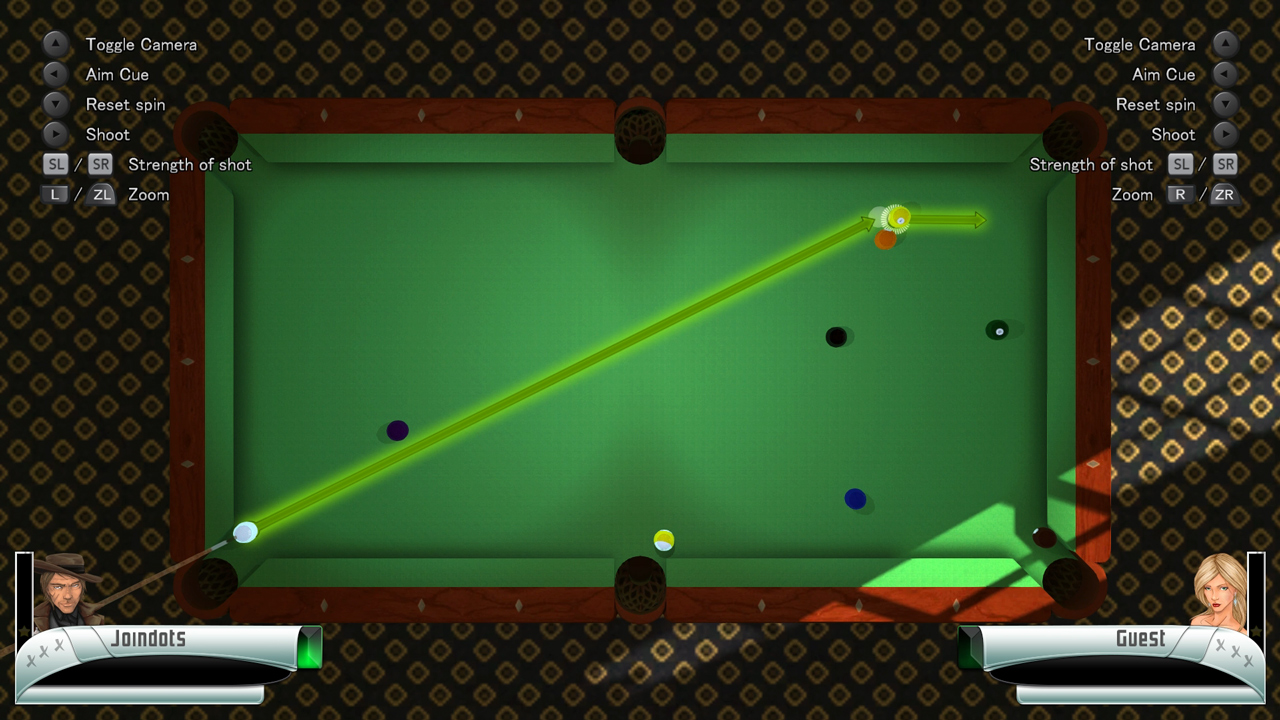 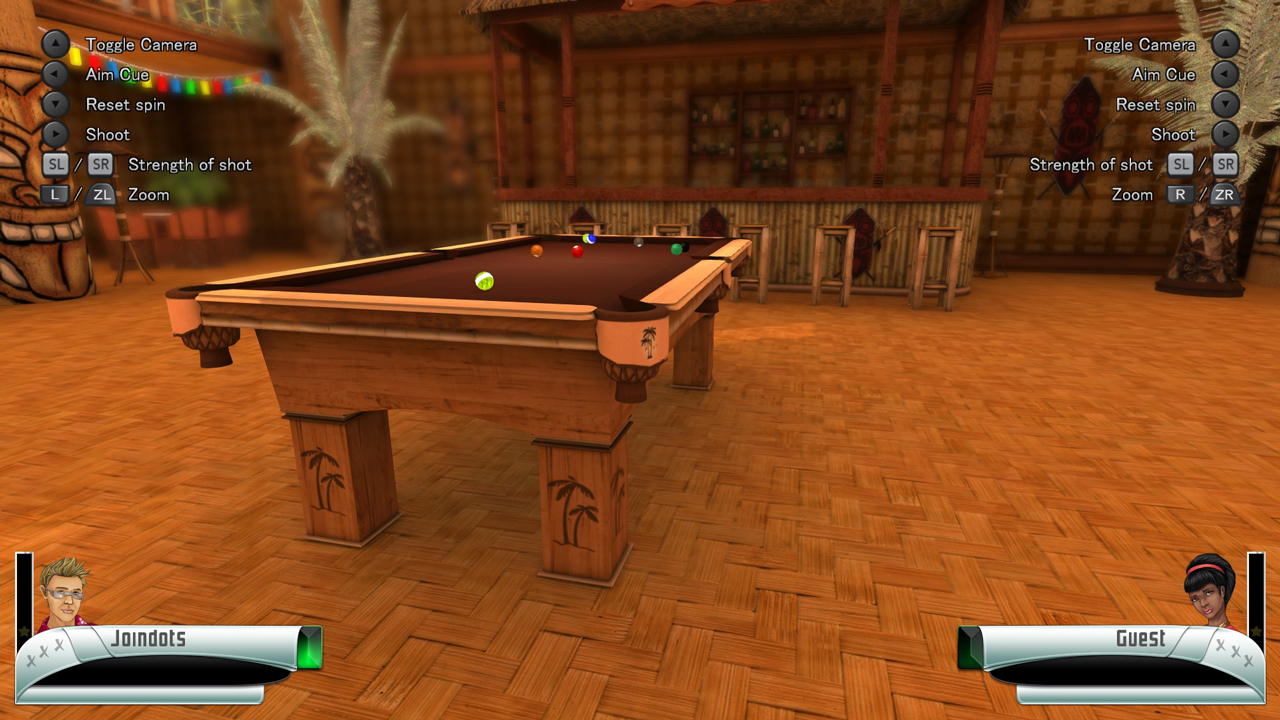