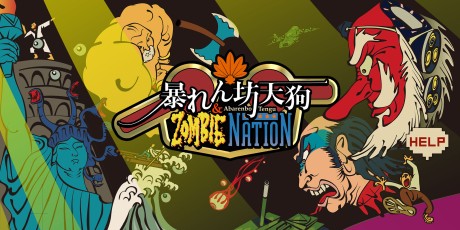 Abarenbo Tengu is a side-scrolling shooter game that was originally released in 1990.

An evil life form turns up in the USA, depriving the citizens of their freedom.
Overrun by a plague of monsters, the people resort to prayer. The Mask of Great Tengu comes forth, ready to restore peace to the country.

This set also comes with Zombie Nation, the North American edition of Abarenbo Tengu released in 1991.

The two EXCITENGU shooter games have been revived with all-new features.

● Rewind
You can Rewind to the desired point in the gameplay by pressing the rewind button.

● Quick Save/Load
You can save and load at any part of the game.
Abarenbo Tengu and Zombie Nation each have 3 save slots.

● Rapid-Fire
You can set ON/OFF of the Rapid-Fire function in Abarenbo Tengu in the options screen.
※ Zombie Nation included this function in the original game

● Accessories
You can show the mode, difficulty, scores, achievements and also high scores on the screen. 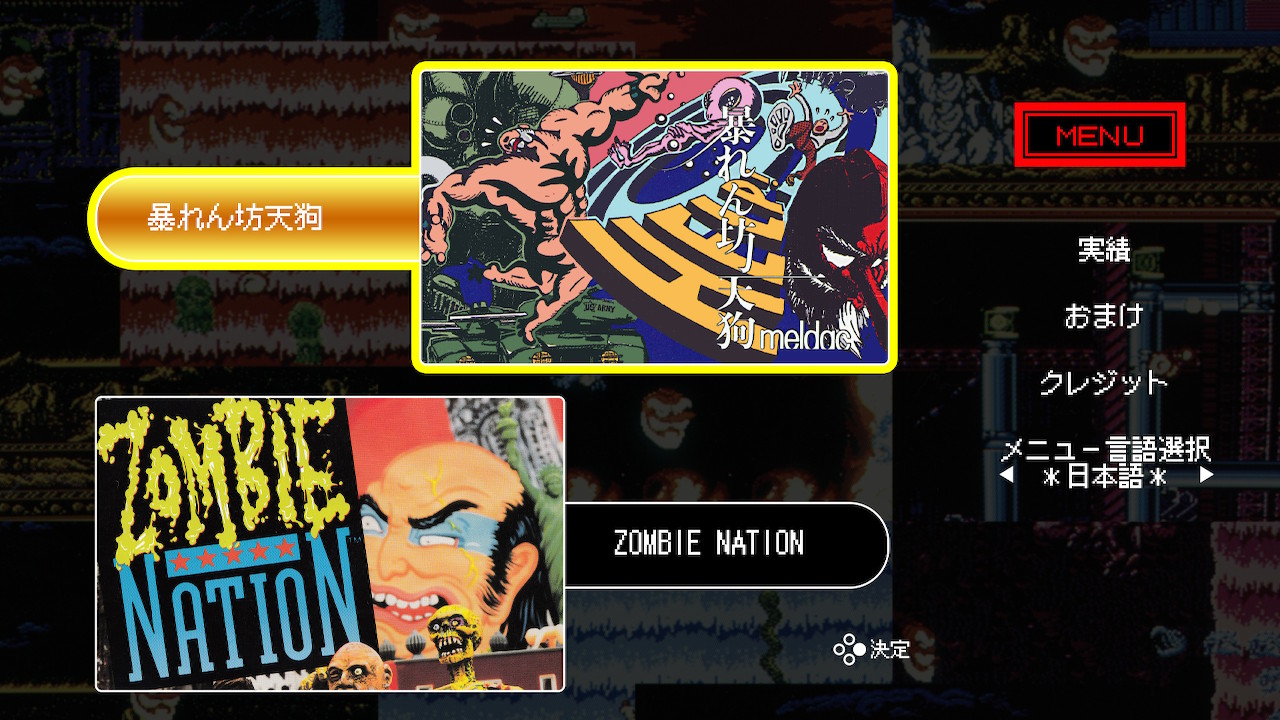 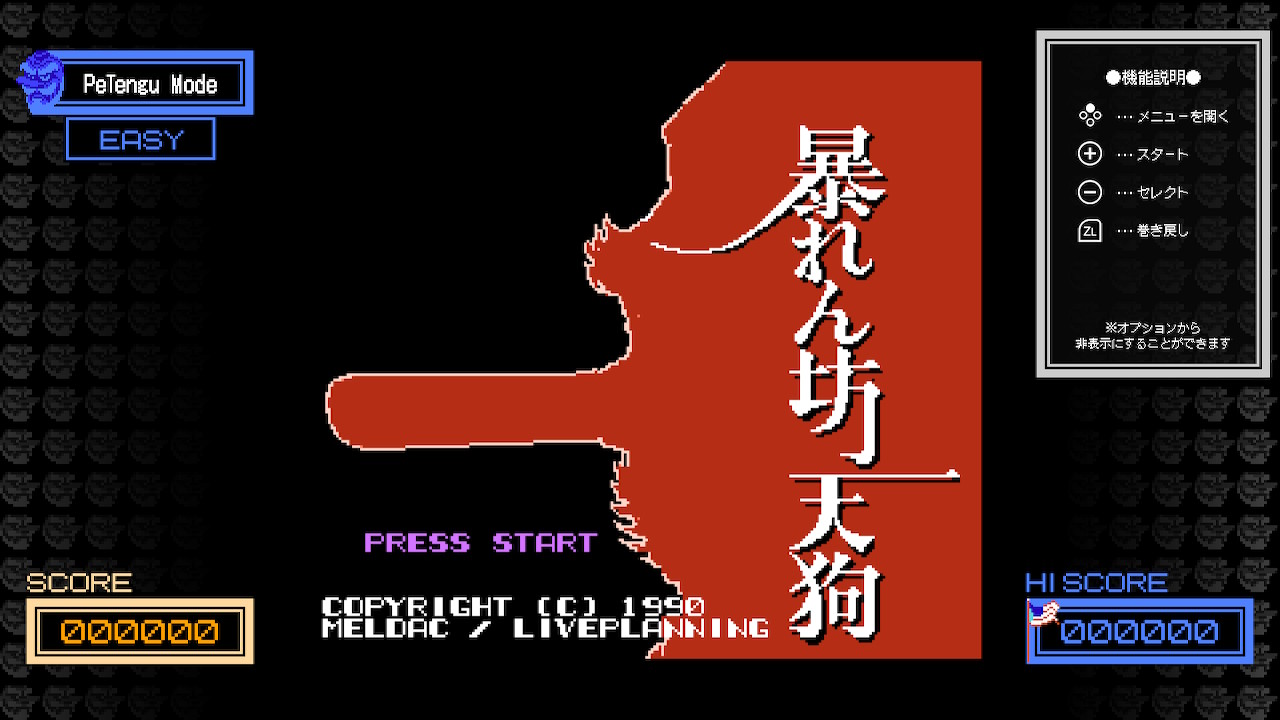 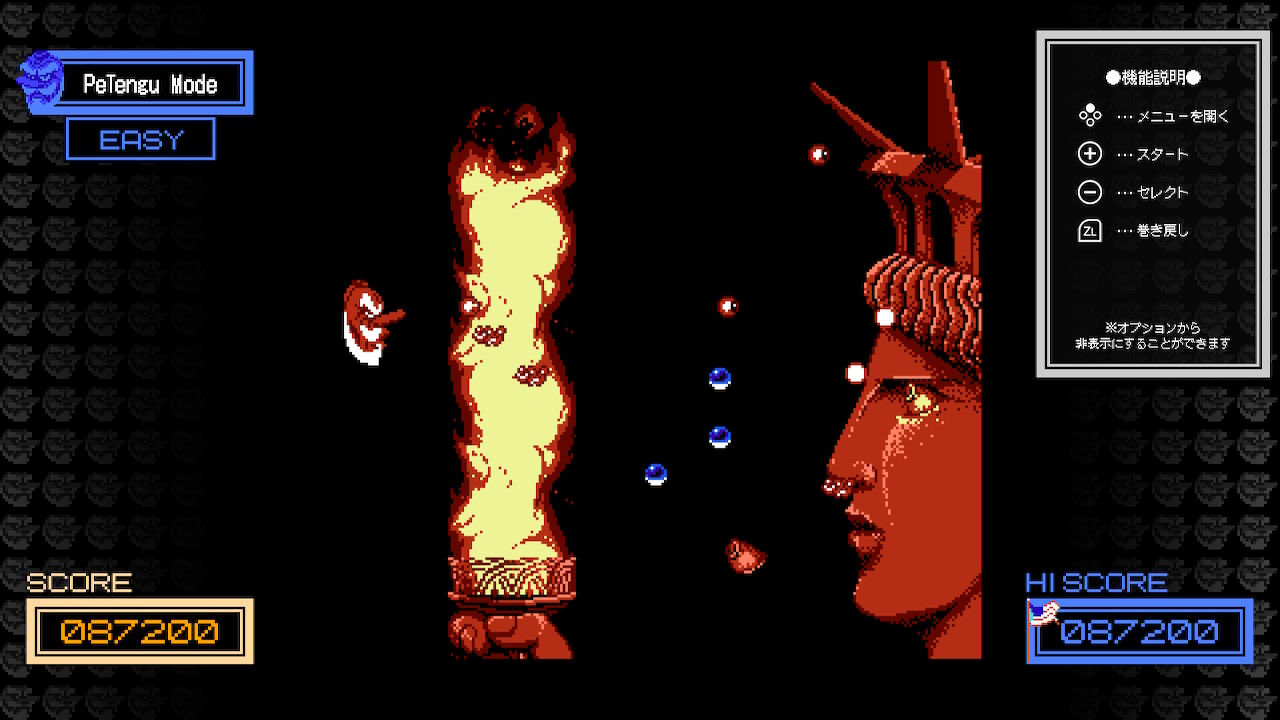 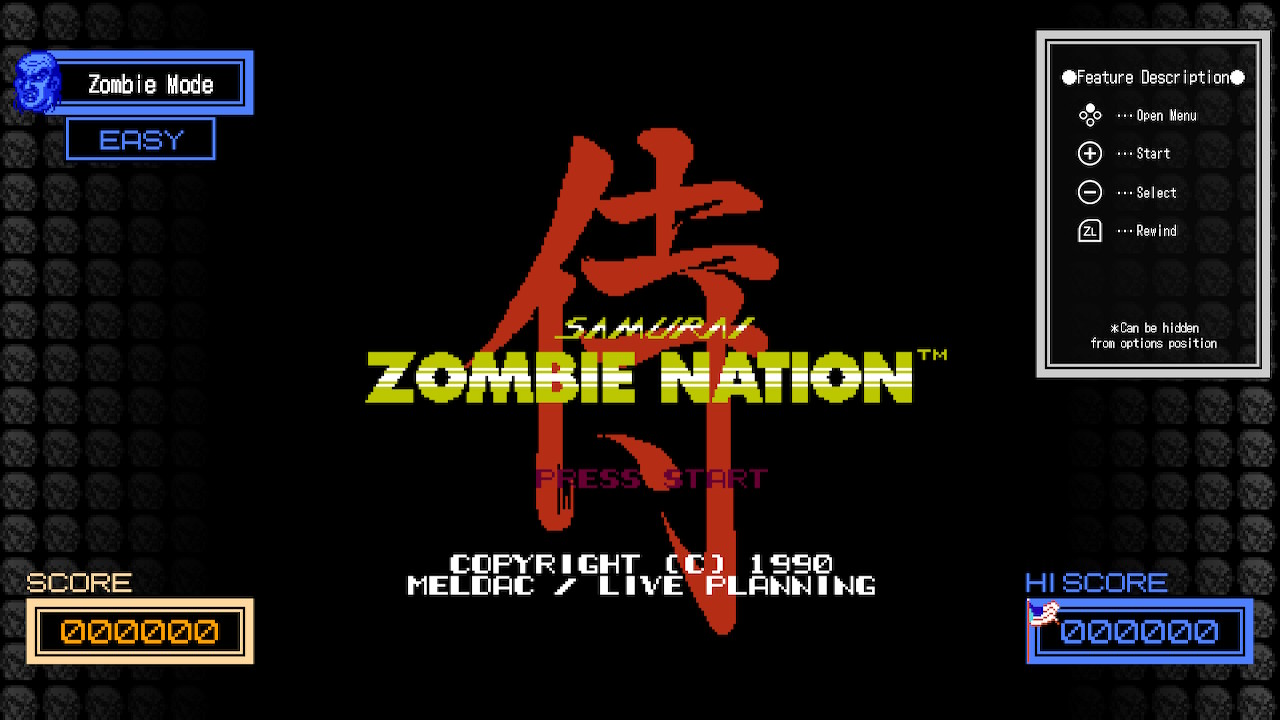 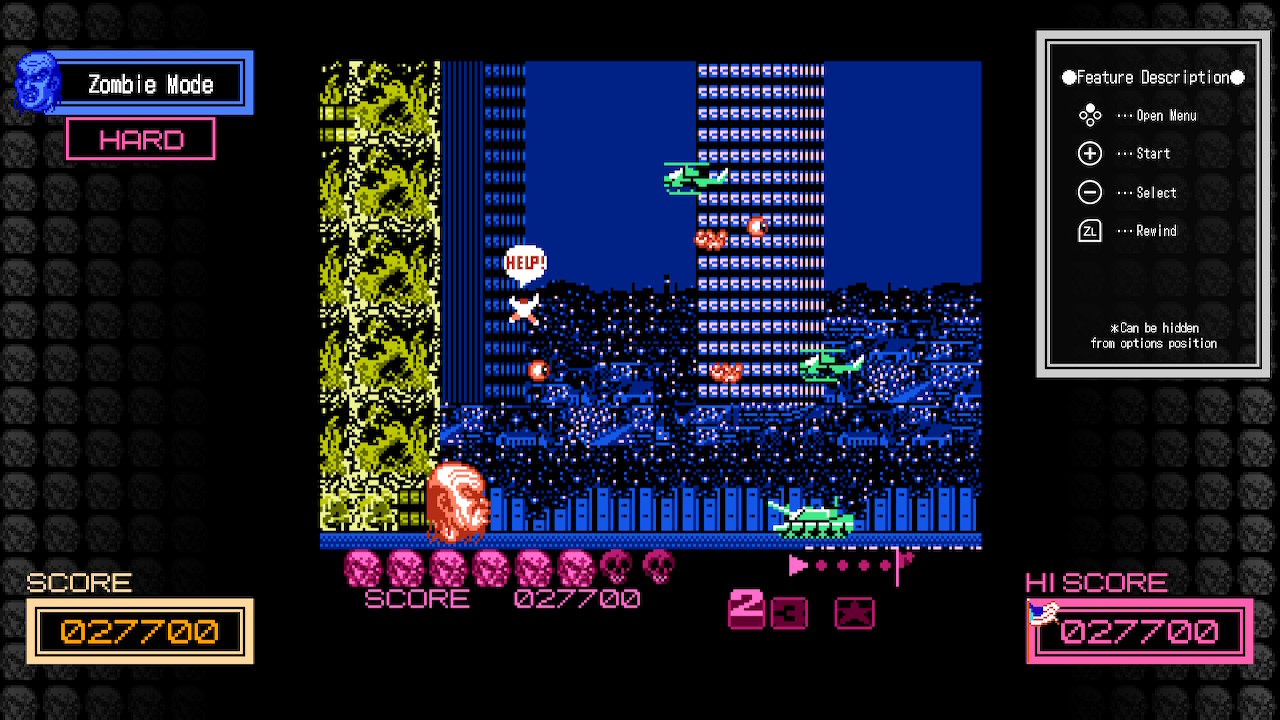 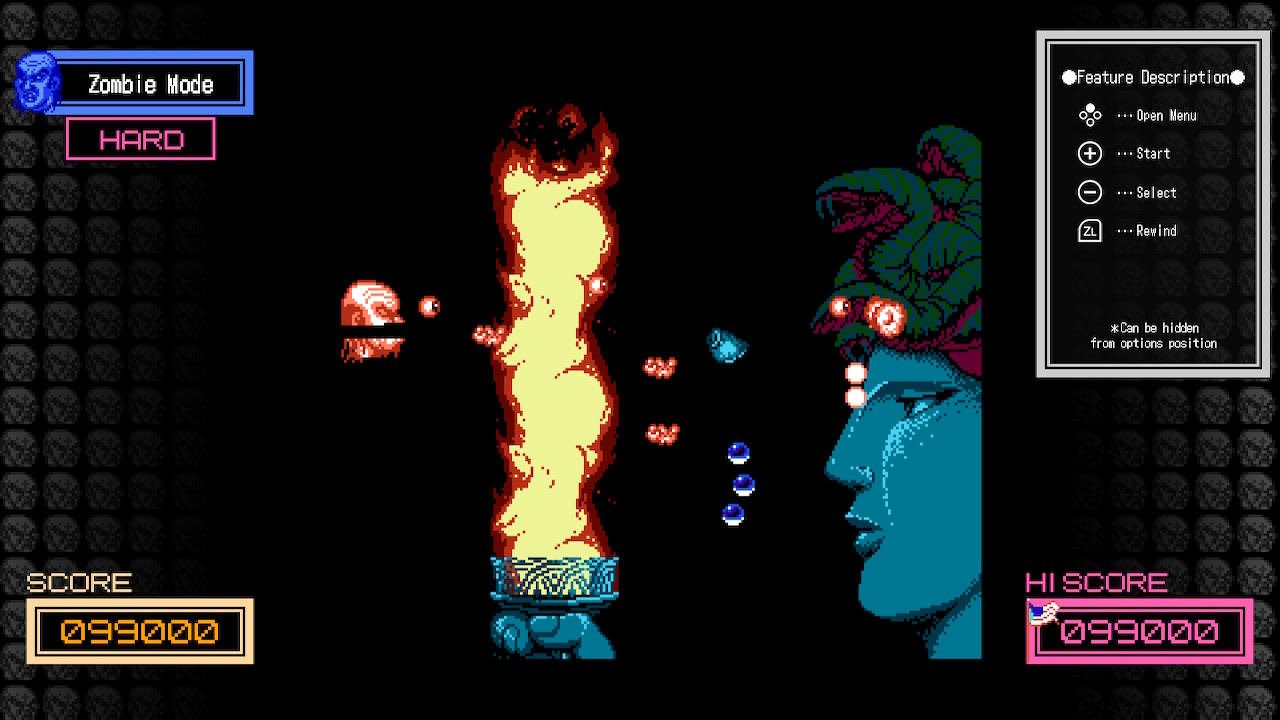