ACA NEOGEO NEO GEO CUP '98: THE ROAD TO THE VICTORY “NEO GEO CUP '98: THE ROAD TO THE VICTORY” is a soccer game released by SNK in 1998.
Take control of a legendary soccer team and aim for the World Championship trophy!
Choose the right power up to ensure your victory! Watch out for accidents during matches that can cause injury or even force players off the field!

More details on the official game page of ACA NEOGEO NEO GEO CUP '98: THE ROAD TO THE VICTORY .. 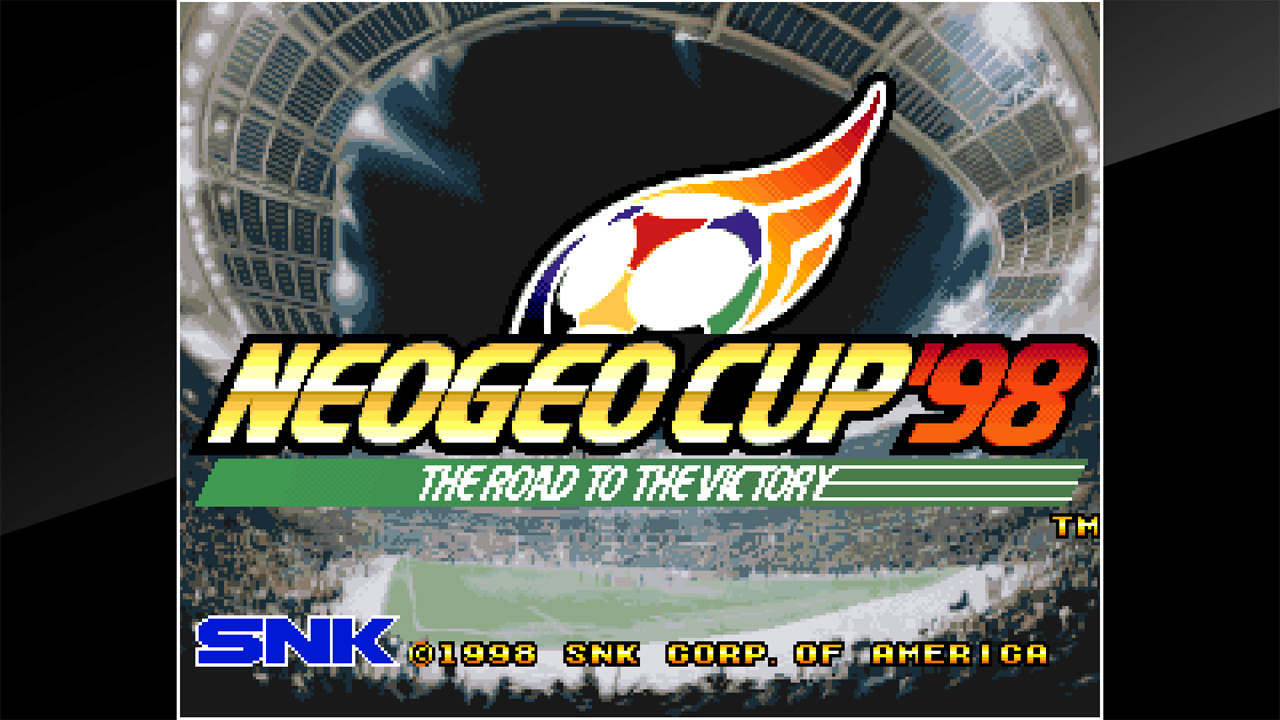 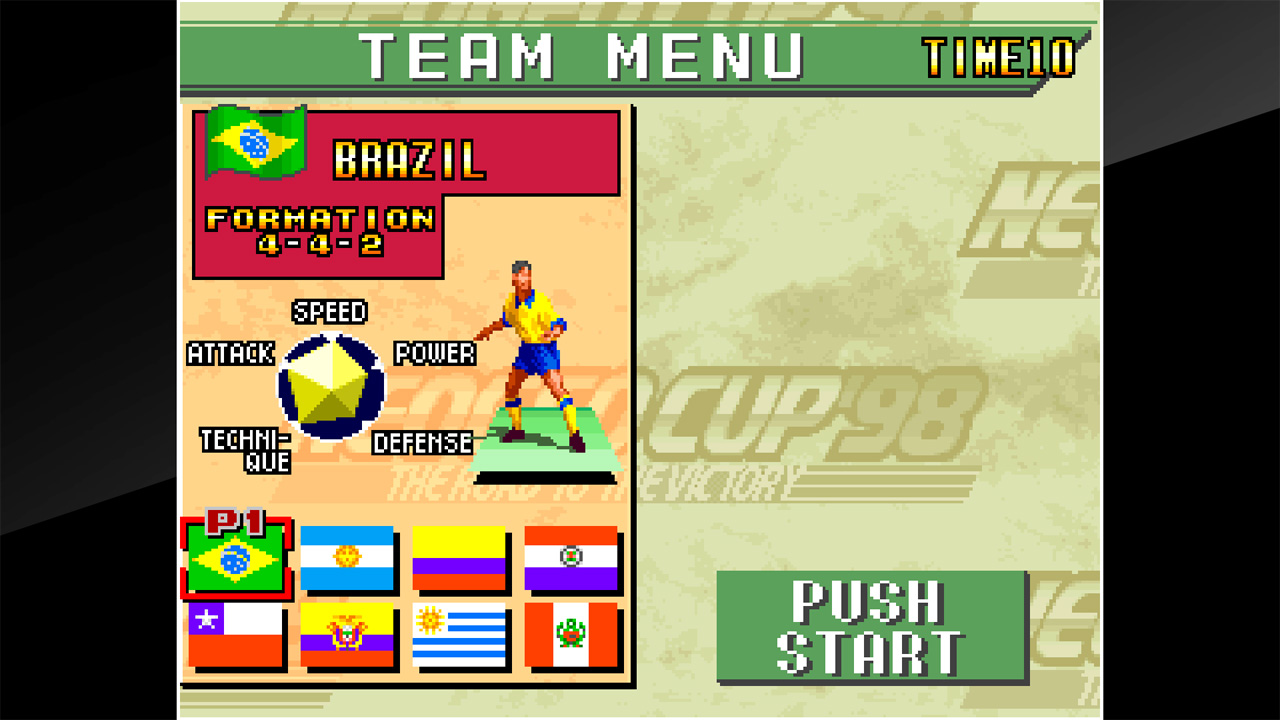 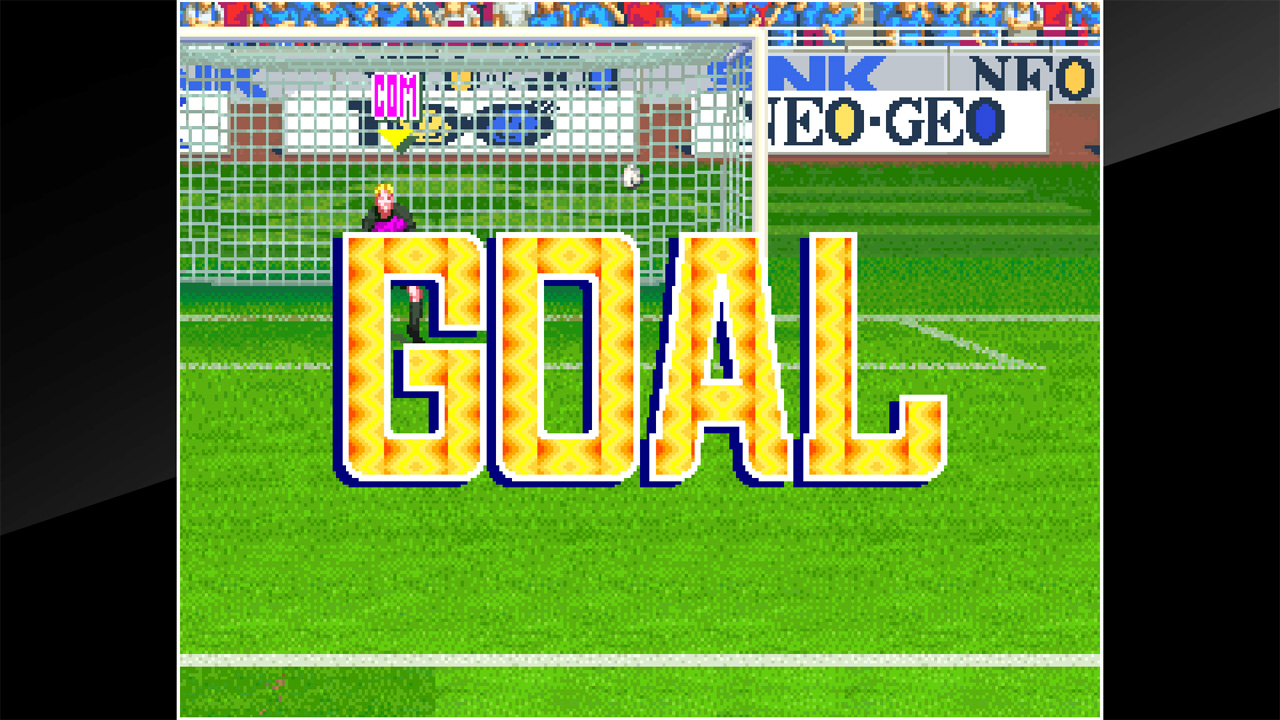 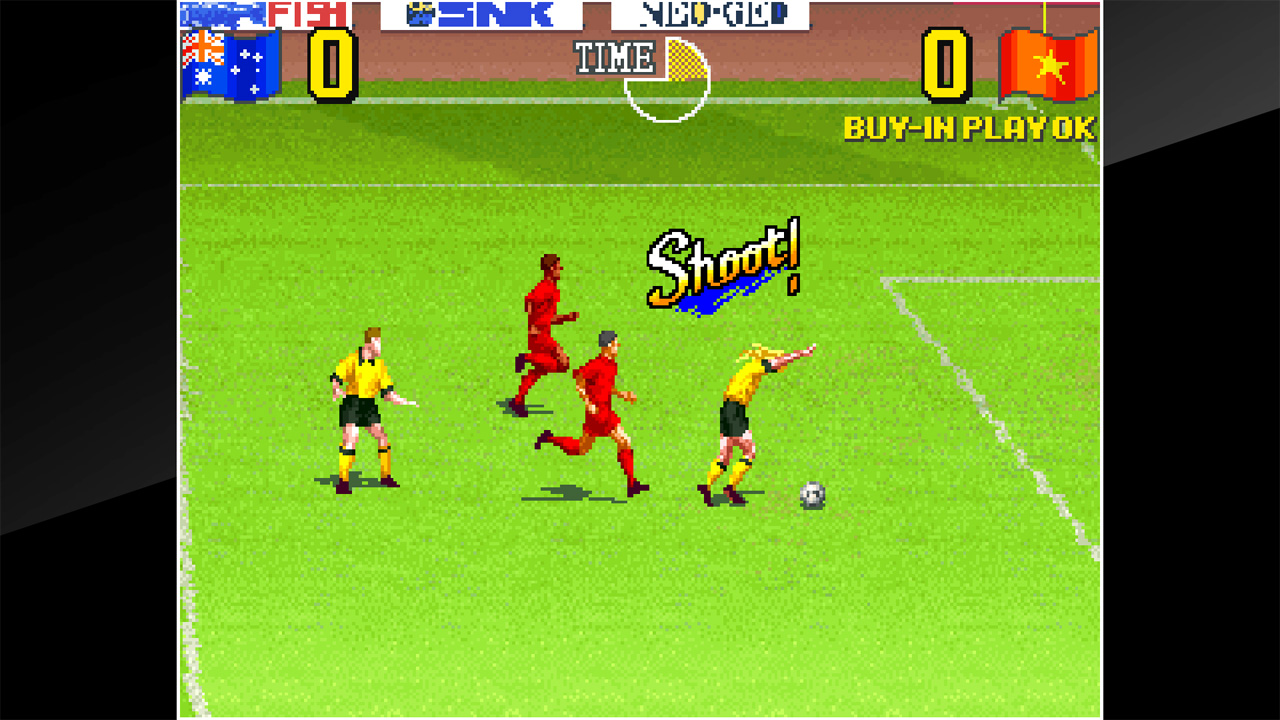 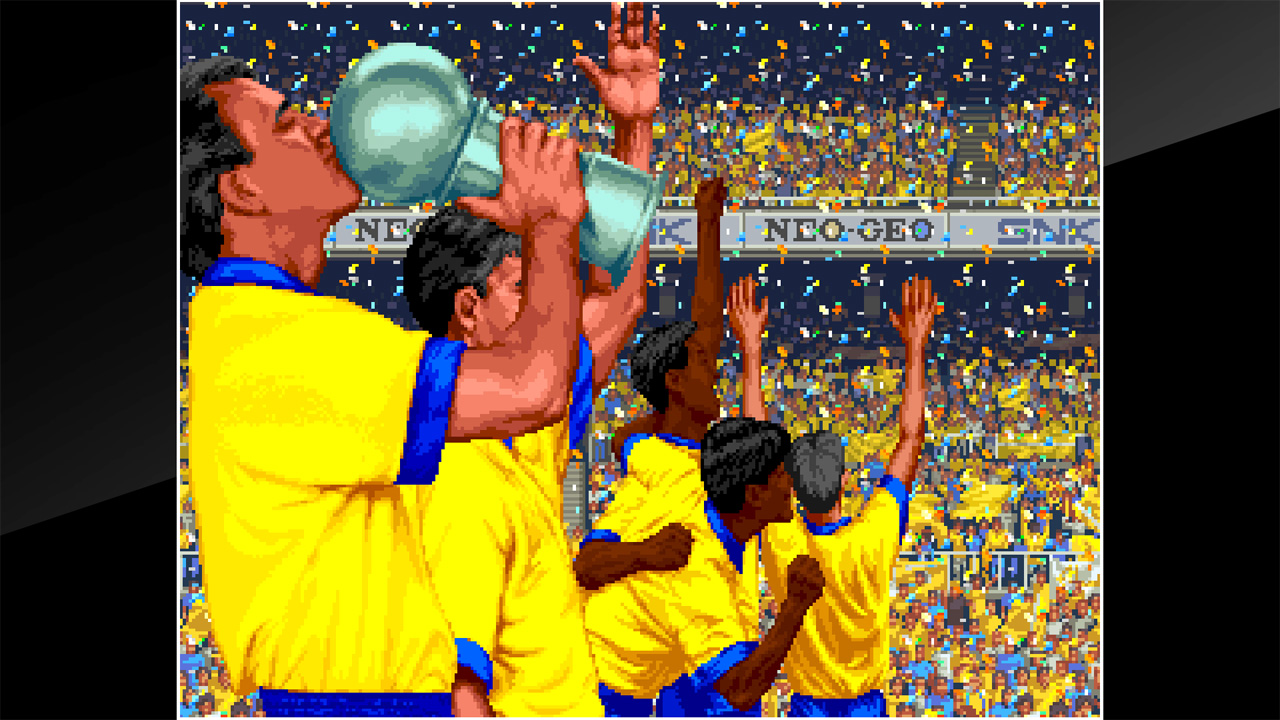