"SAMURAI SHODOWN" is a fighting game that was originally released by SNK in 1993.

The game features 12 swordmasters, each with their own unique personality. They will battle it out among each other before taking on Shiro Tokisada Amakusa in the game's climax. One of the unique characteristics of this game is the Rage Gauge which fills up as the player takes damage. Once that gauge is full the character's attacks do more damage, keeping the battles tense and exciting. 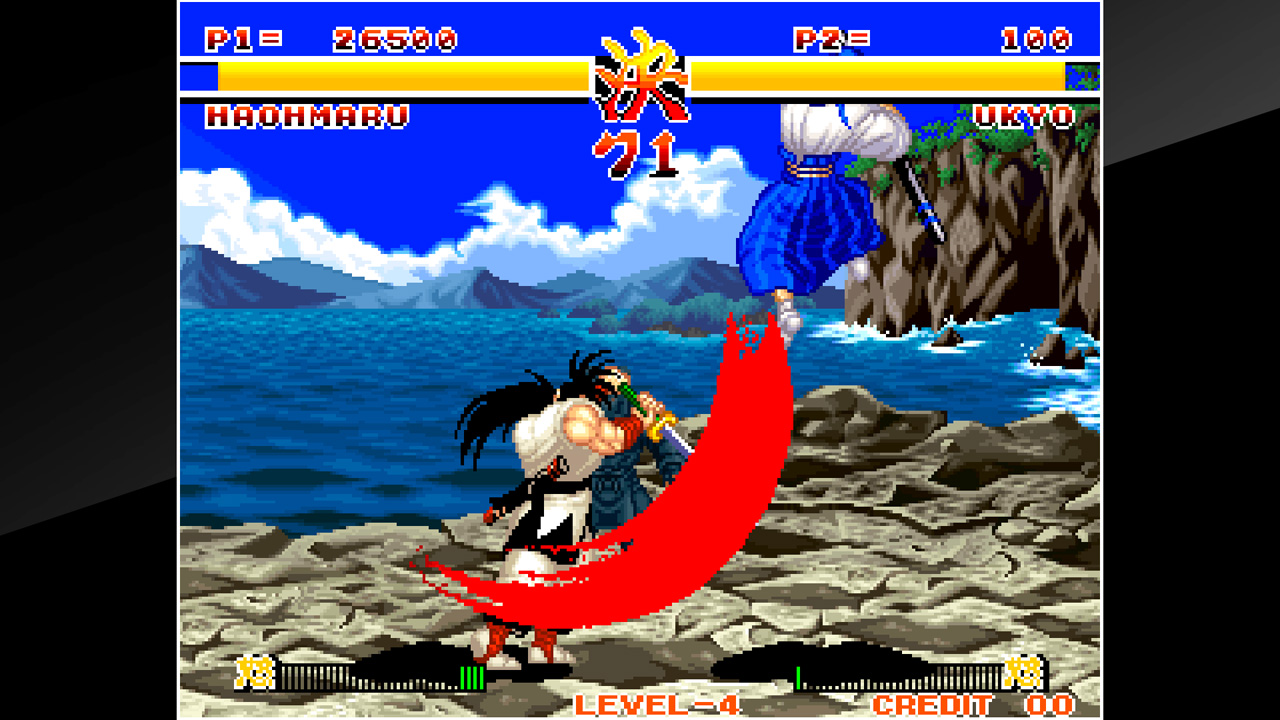 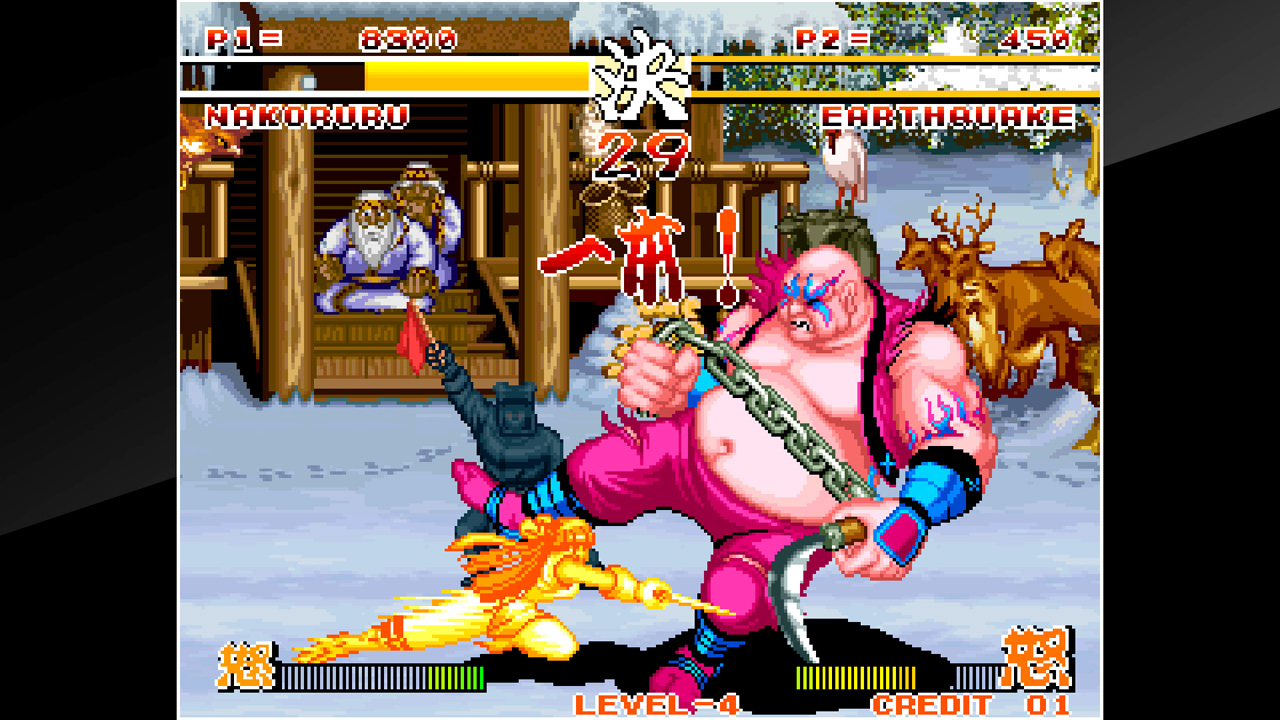 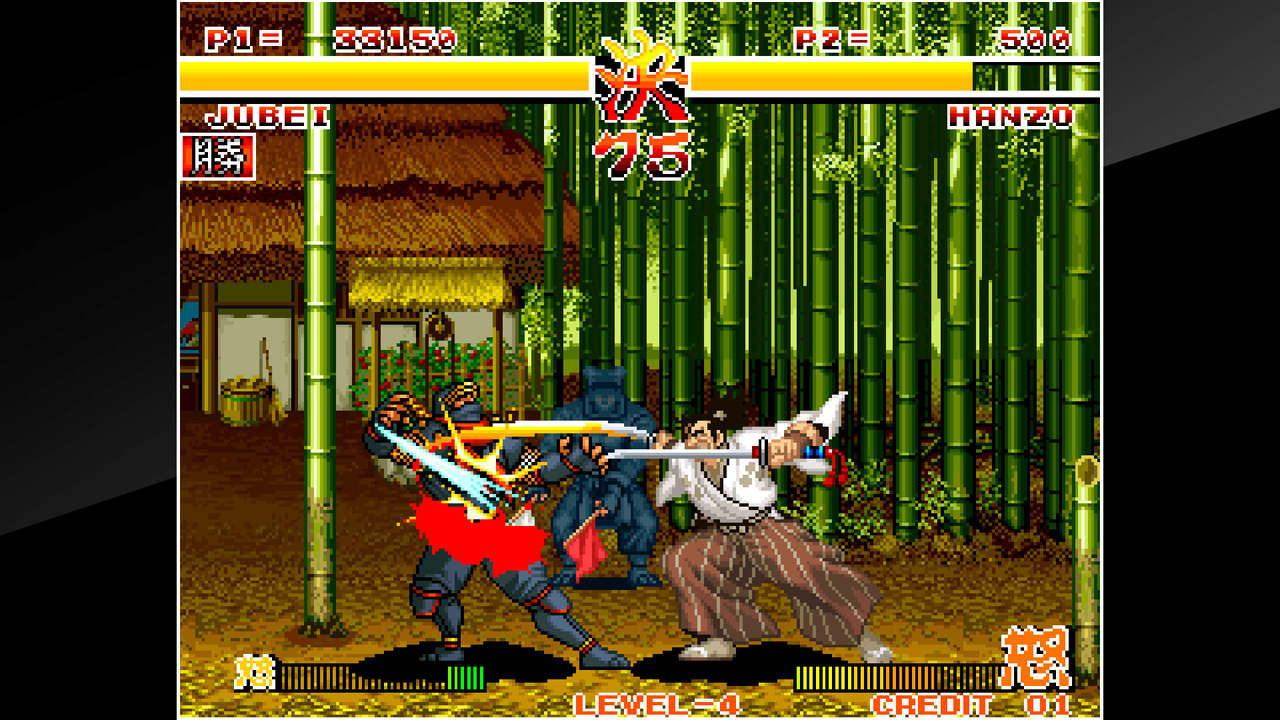 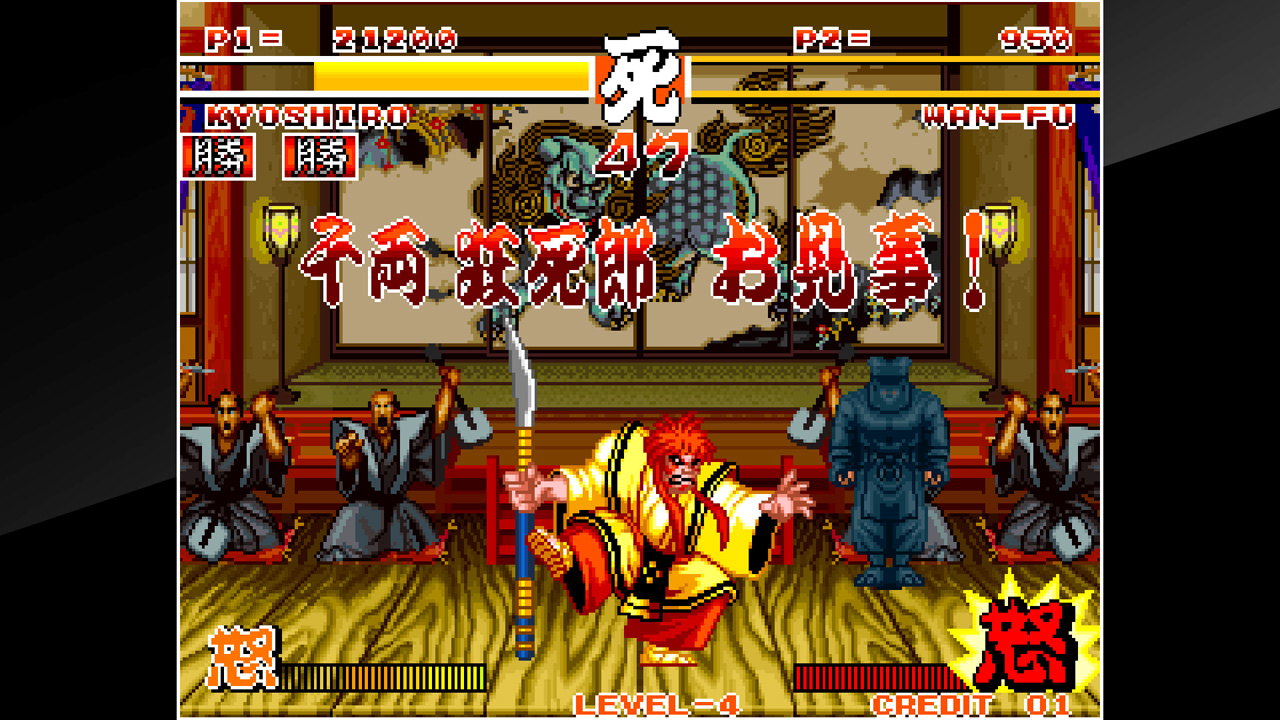 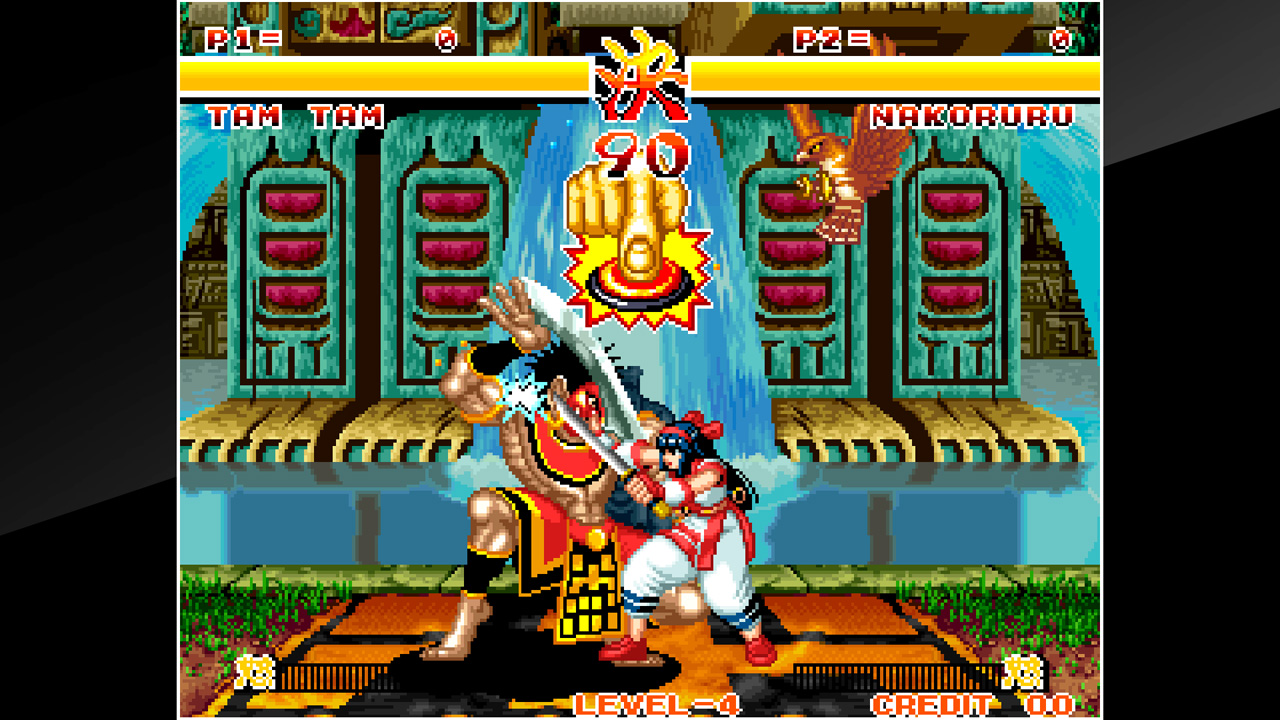 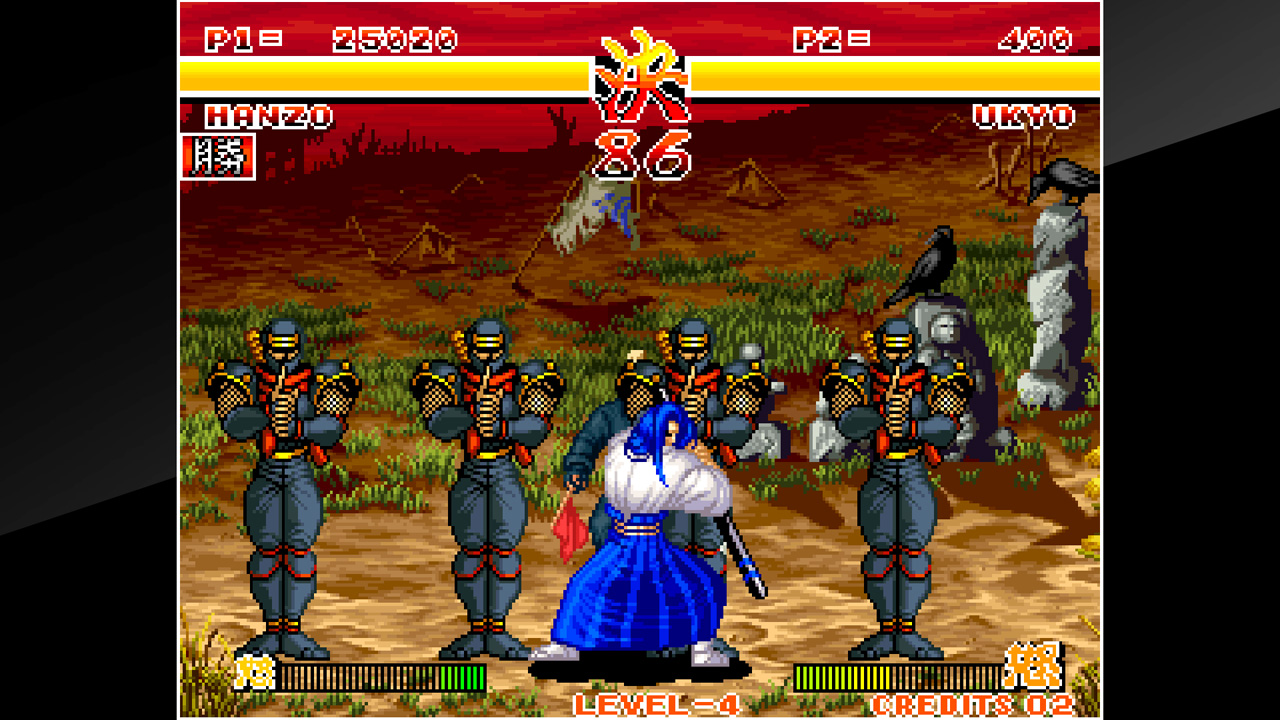