“SENGOKU 2 “is a side scrolling action game released by SNK in 1993.

Take on the role of a warrior summoned by a shrine princess, and fight over various historical periods in order to defeat the dark monarch.

Players can enjoy new tactical features such as charge attacks and defensive abilities.

Players can change various game settings such as game difficulty, and also reproduce the atmosphere of arcade display settings at that time. Players

can also compete against each other from all over the world with their high scores. 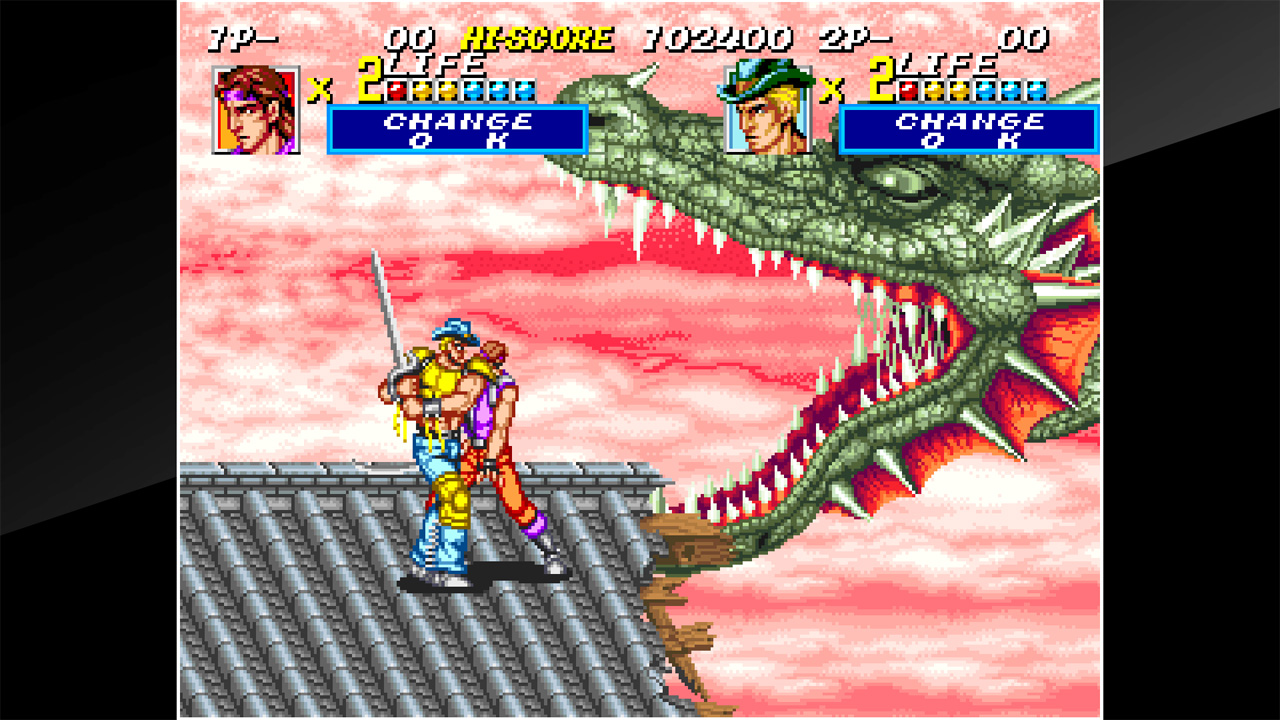 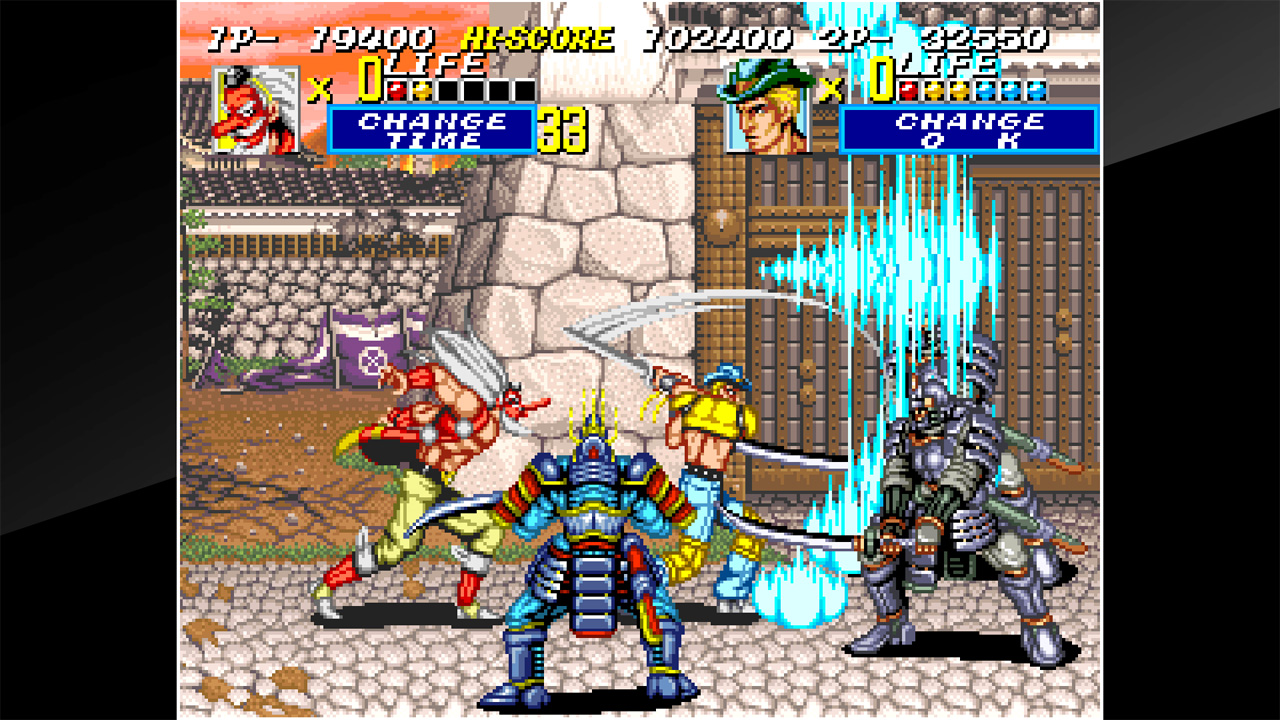 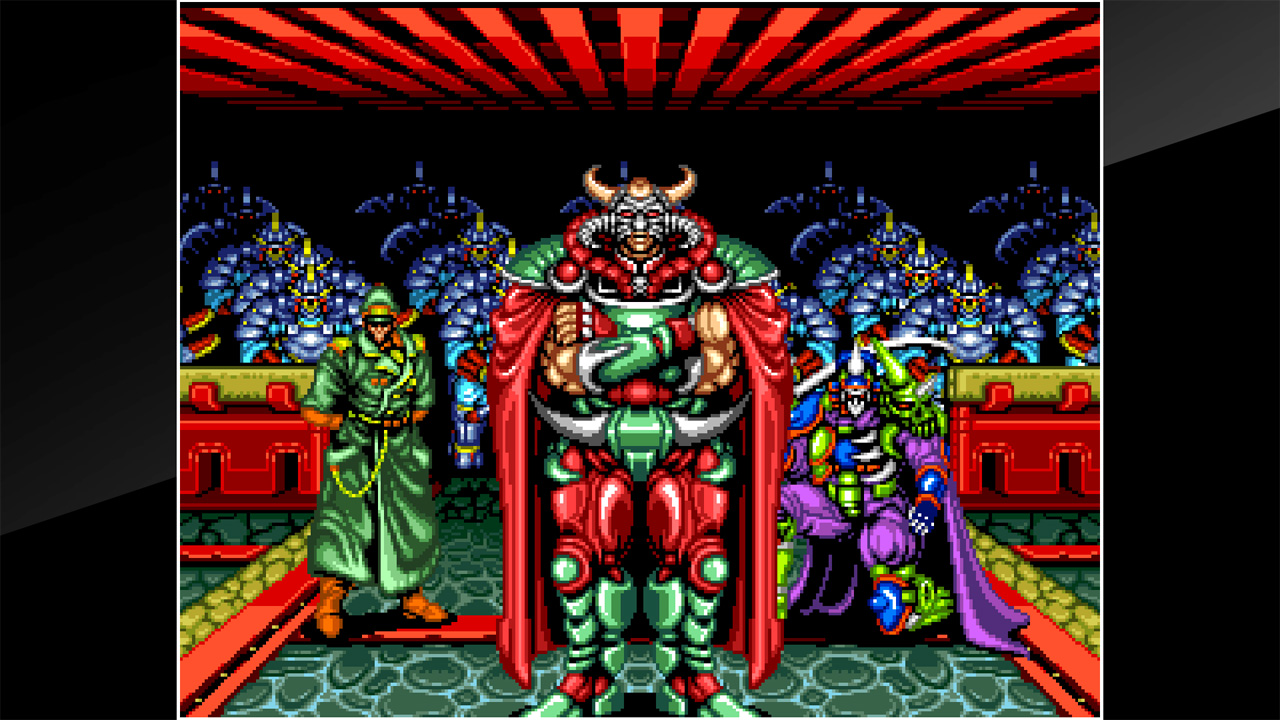 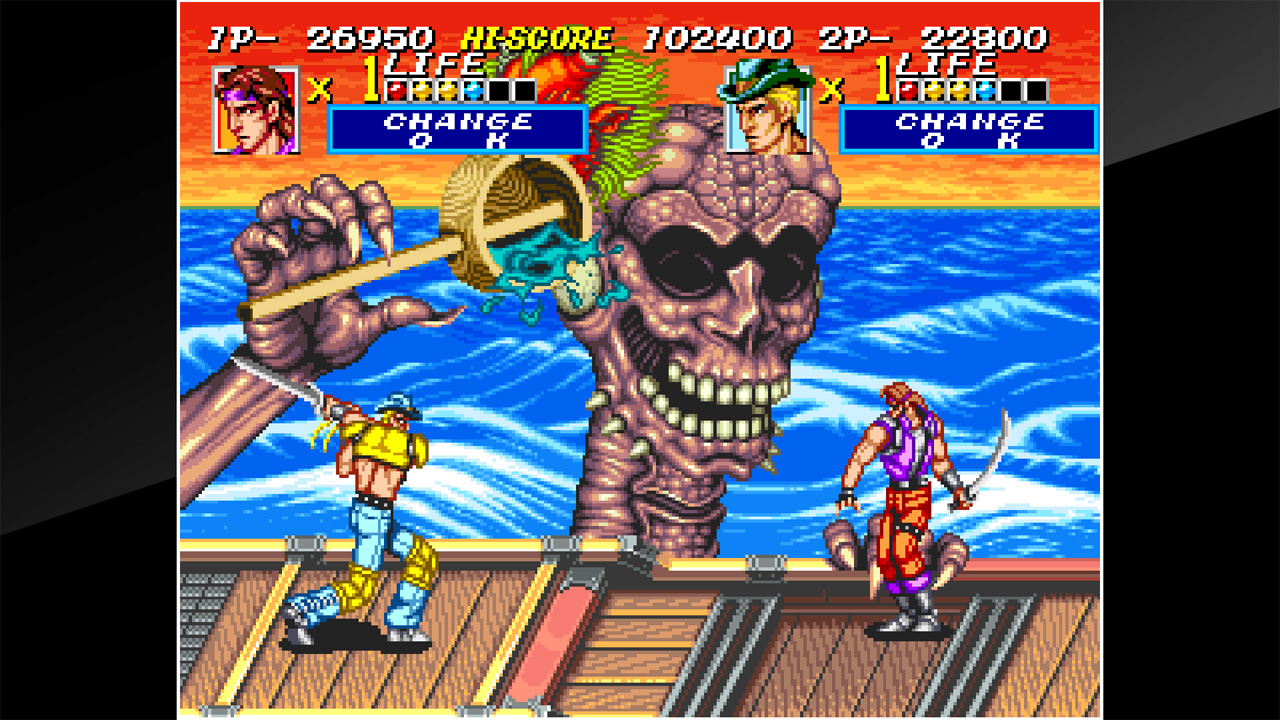 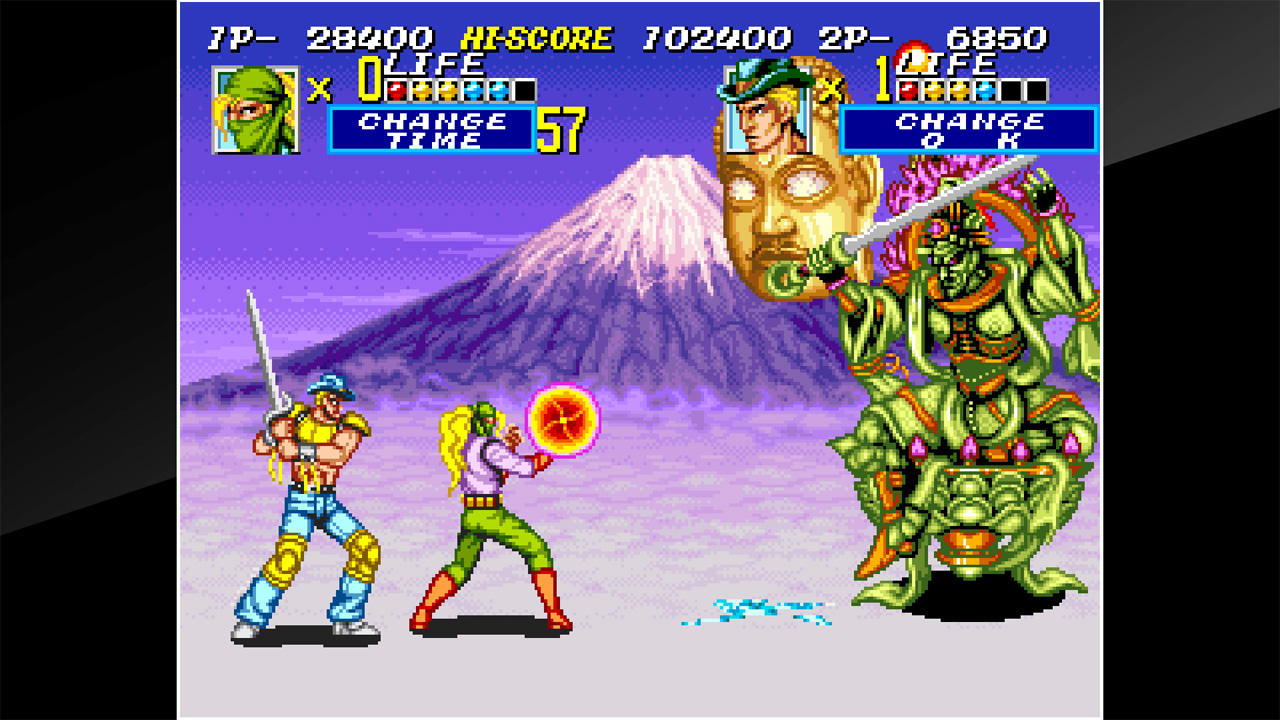 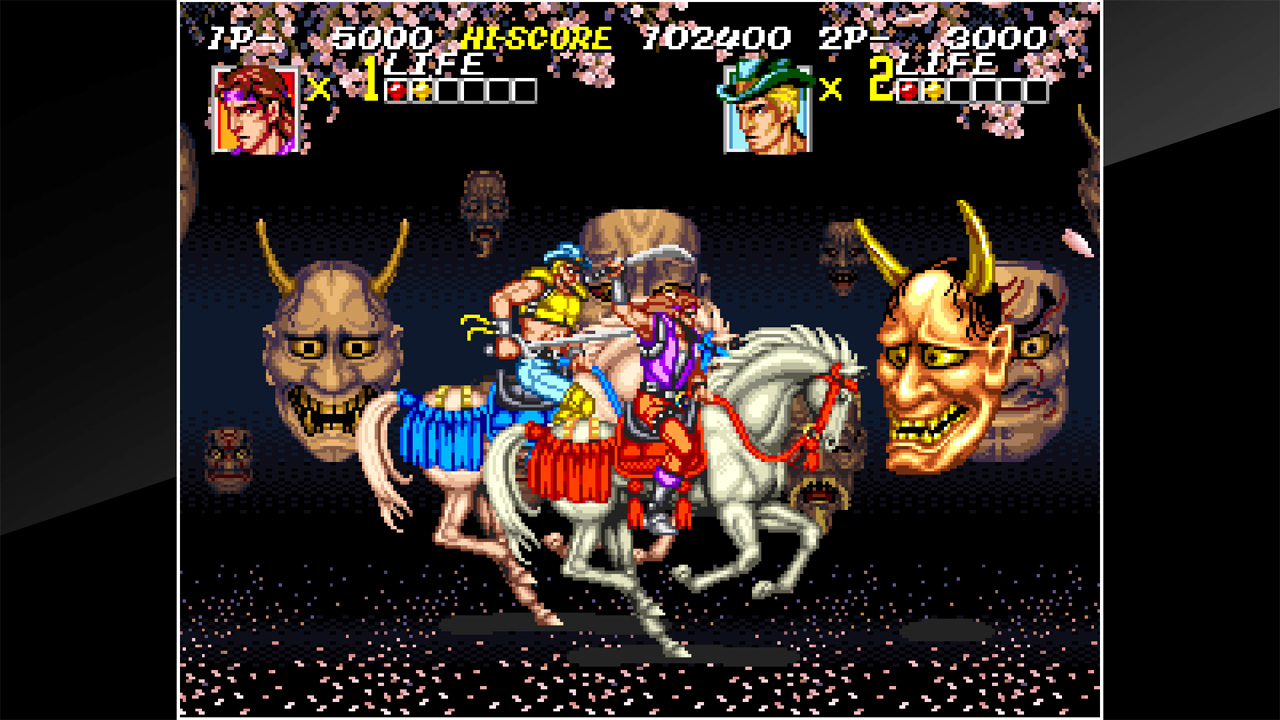