"SHOCK TROOPERS" is an action game released by SNK in 1997.

Players take part in a rescue operation for Dr. George and his granddaughter who have been kidnapped by the evil organization Bloody Scorpion. The game features the ability for players to choose which route to progress, adding even more replayablity to the title. 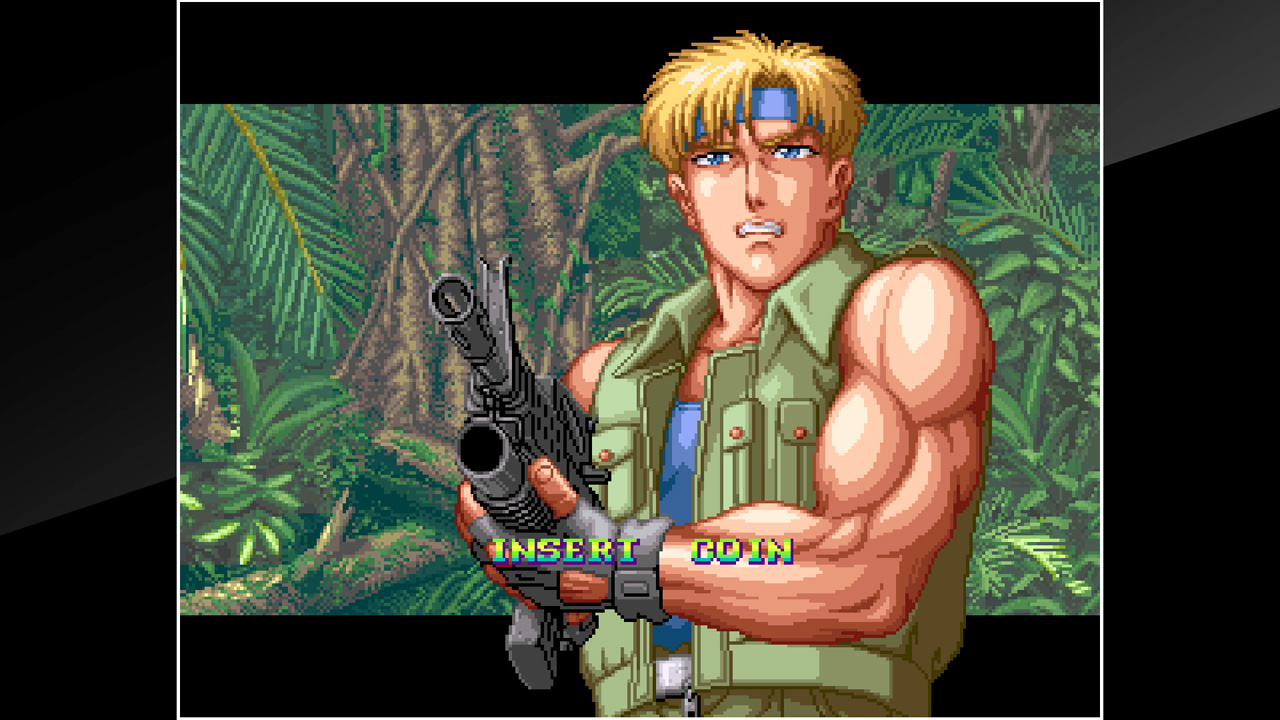 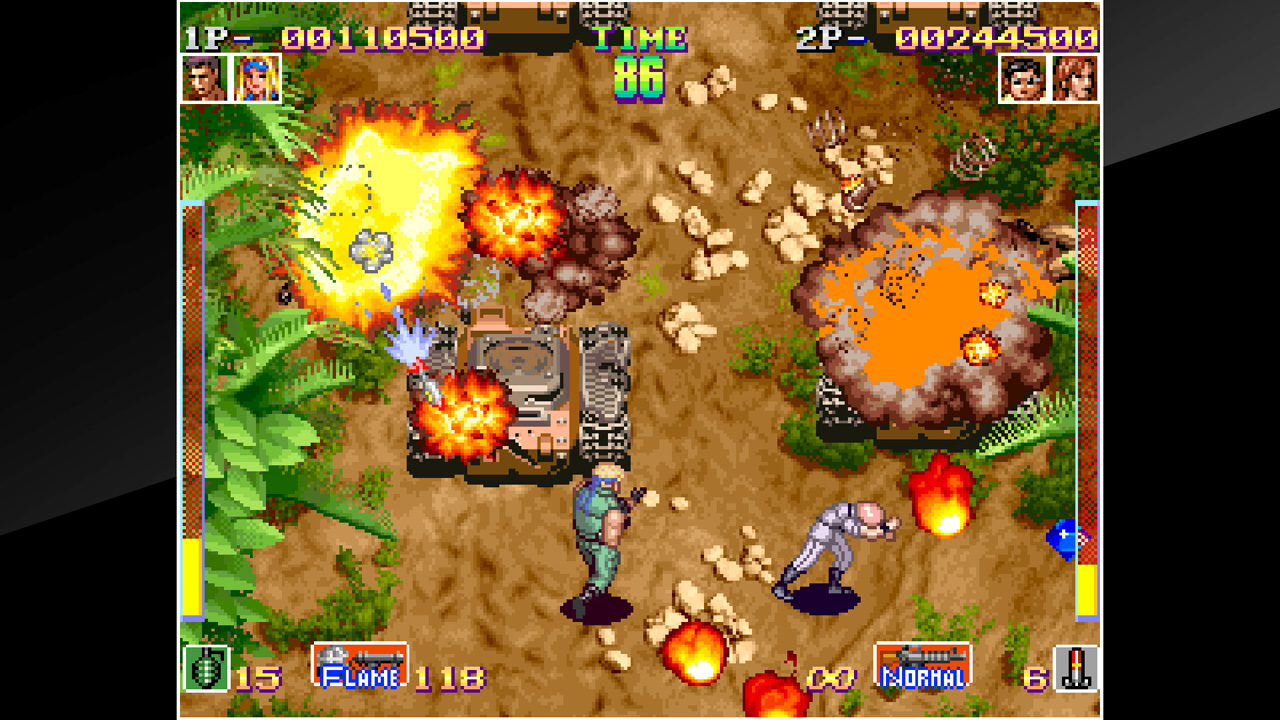 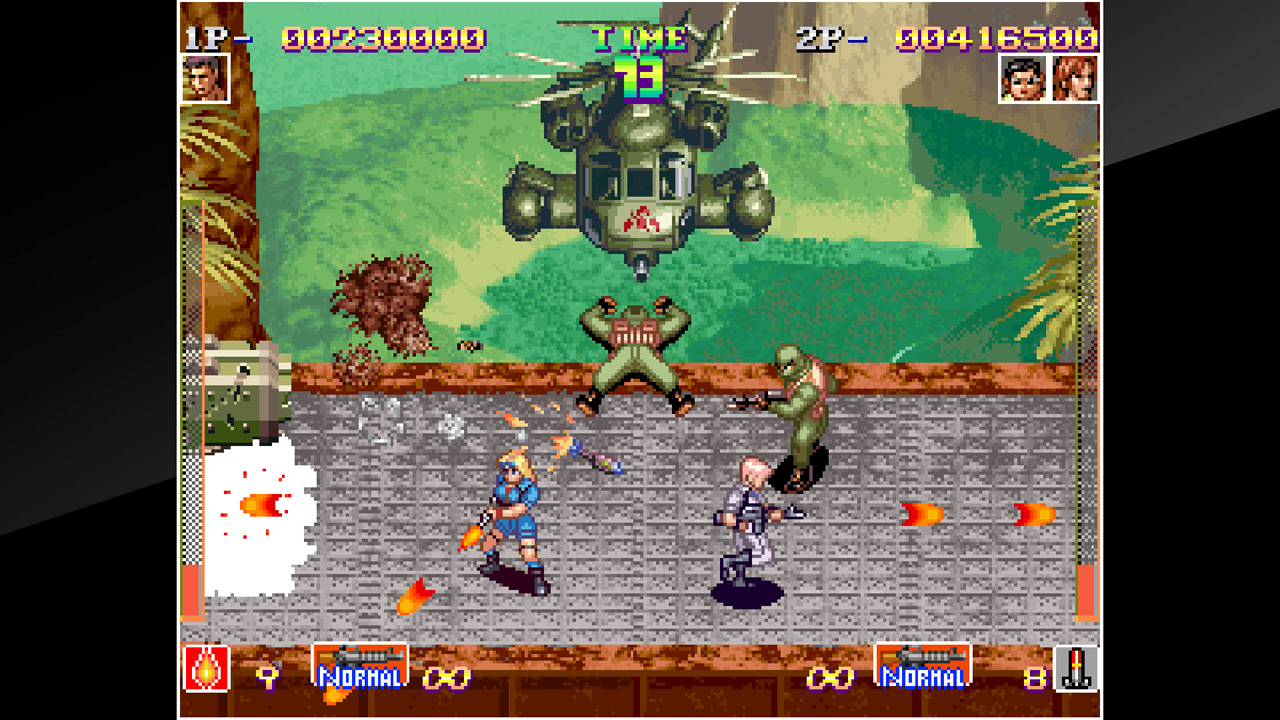 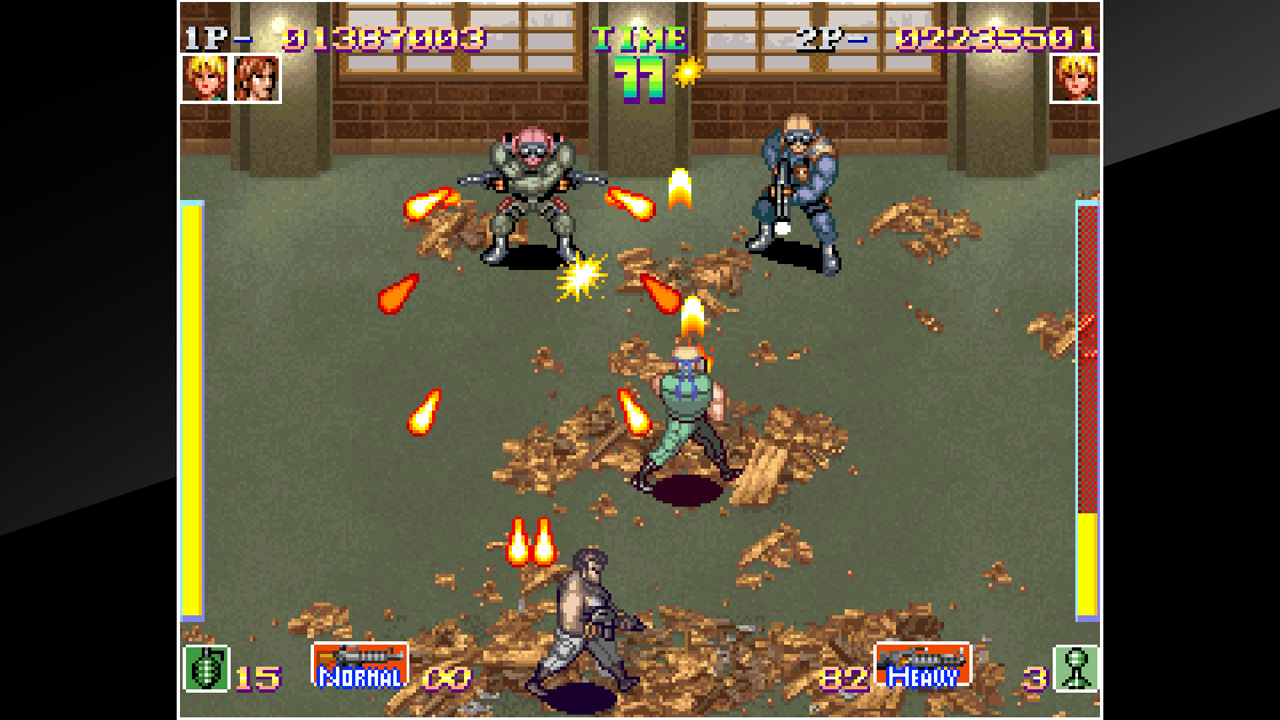 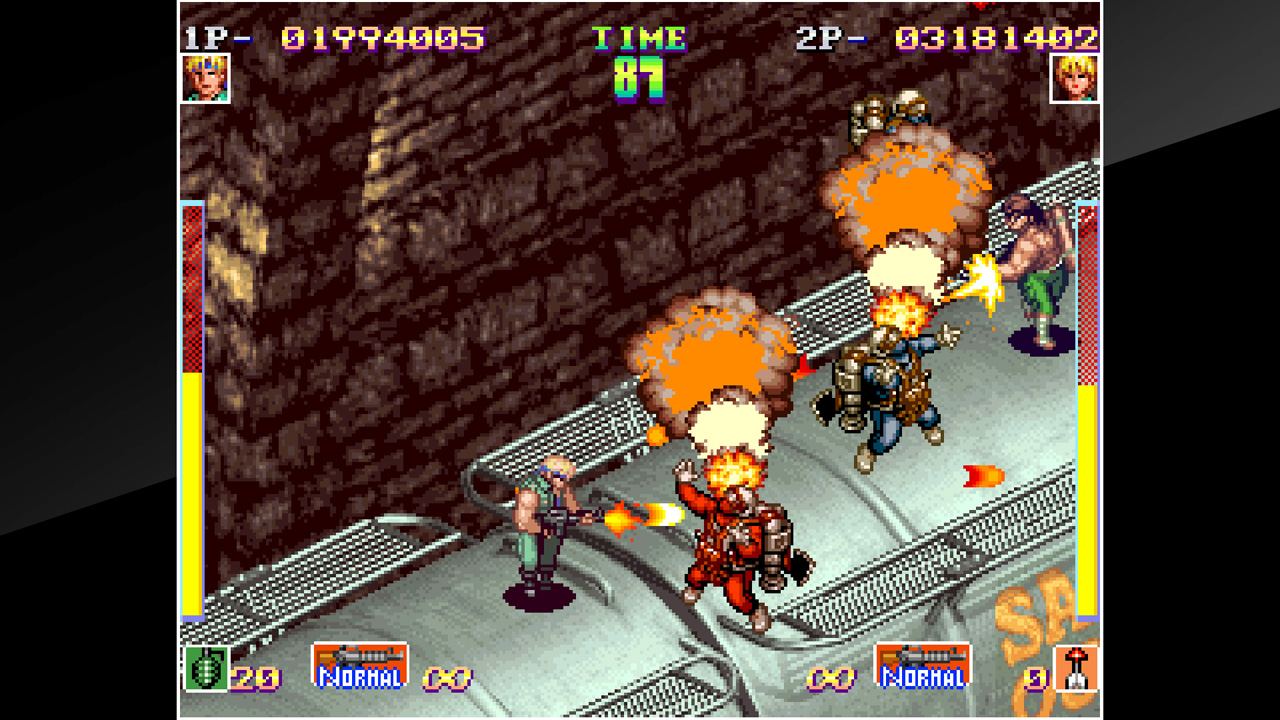 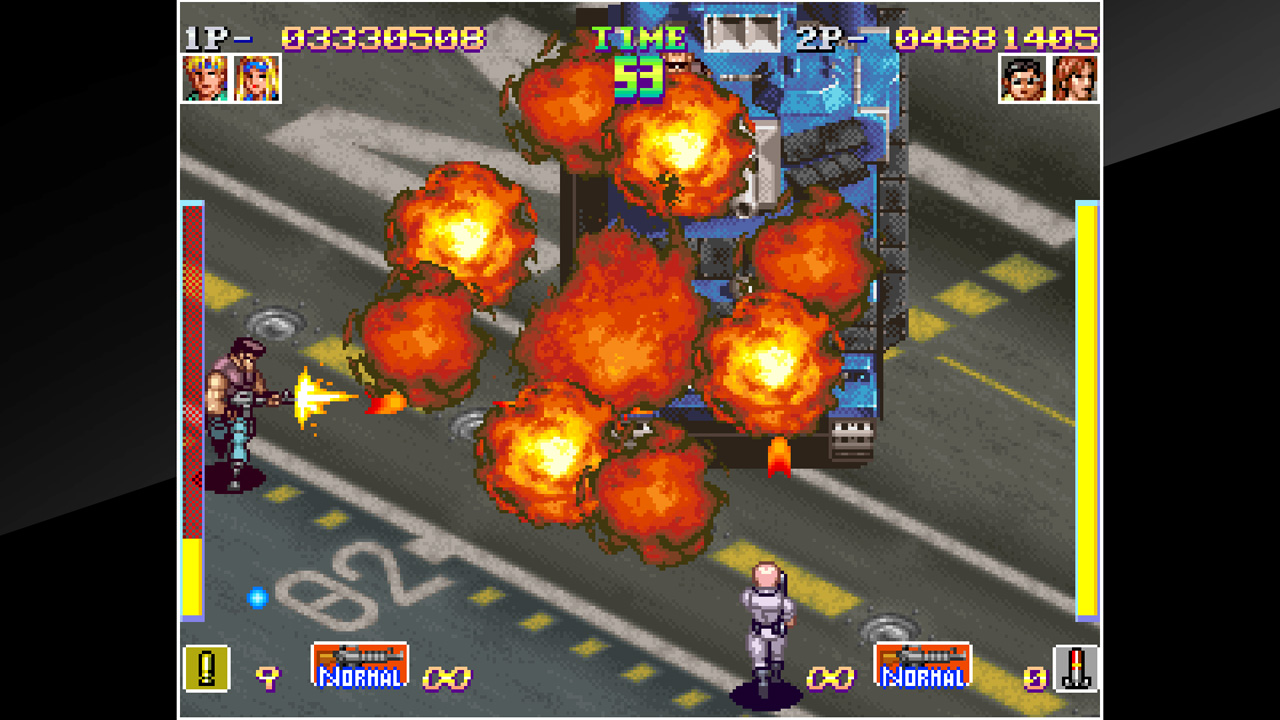