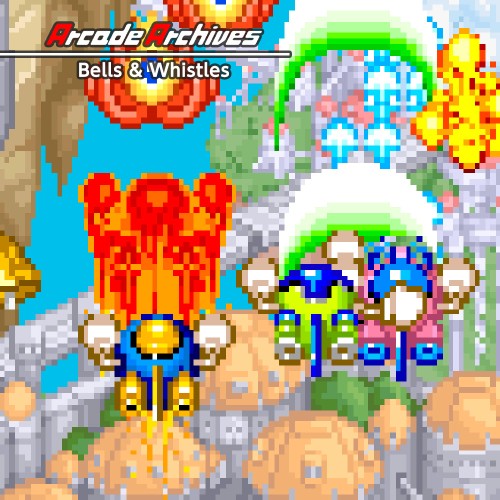 "Bells & Whistles" is a shooting game released by KONAMI in 1991.
Collect bells to receive all sorts of power-ups or powerful Charged Shots and use them to save Planet Mel from being invaded by the alien Iva.
During co-op play, TWINBEE and WINBEE can work together to use Special Power-Up attacks. 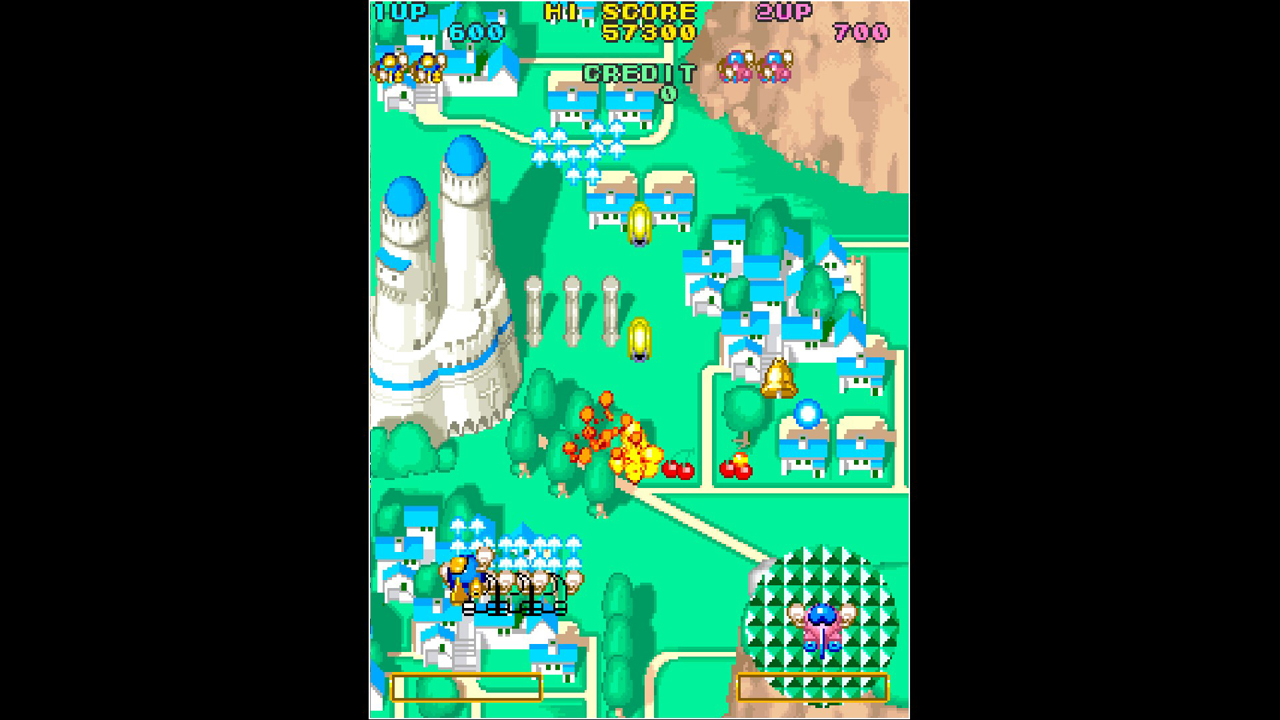 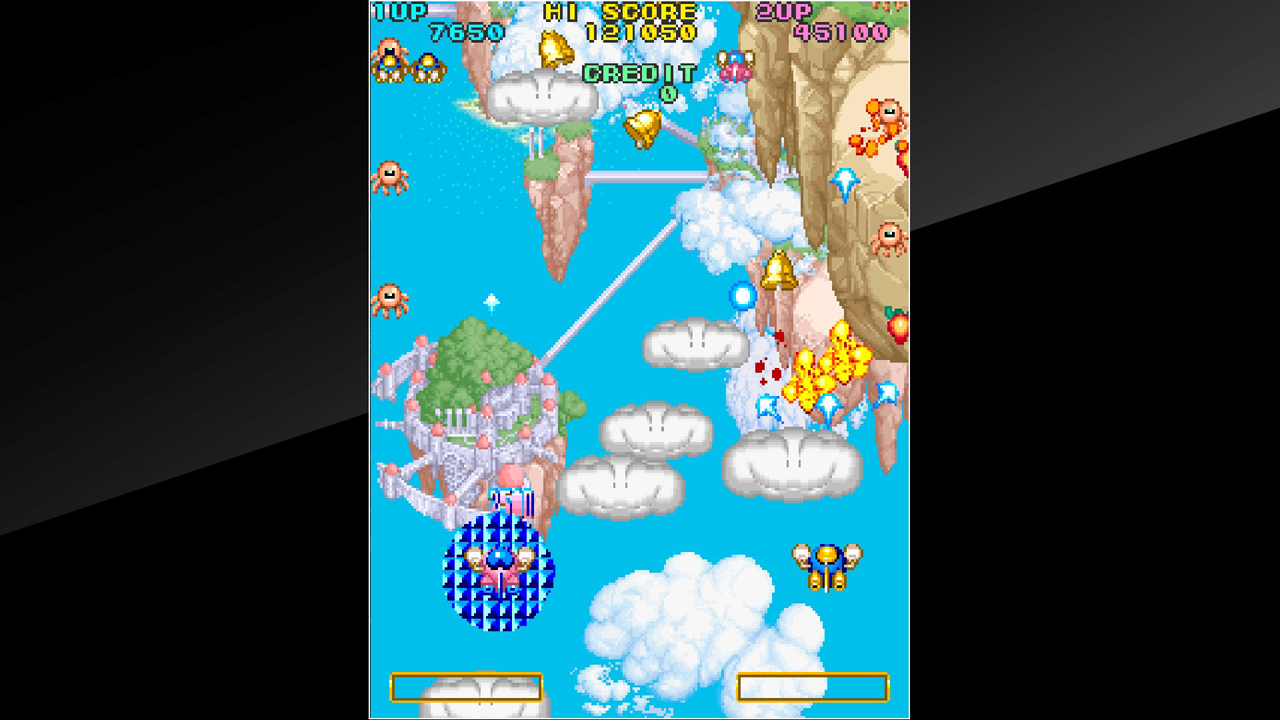 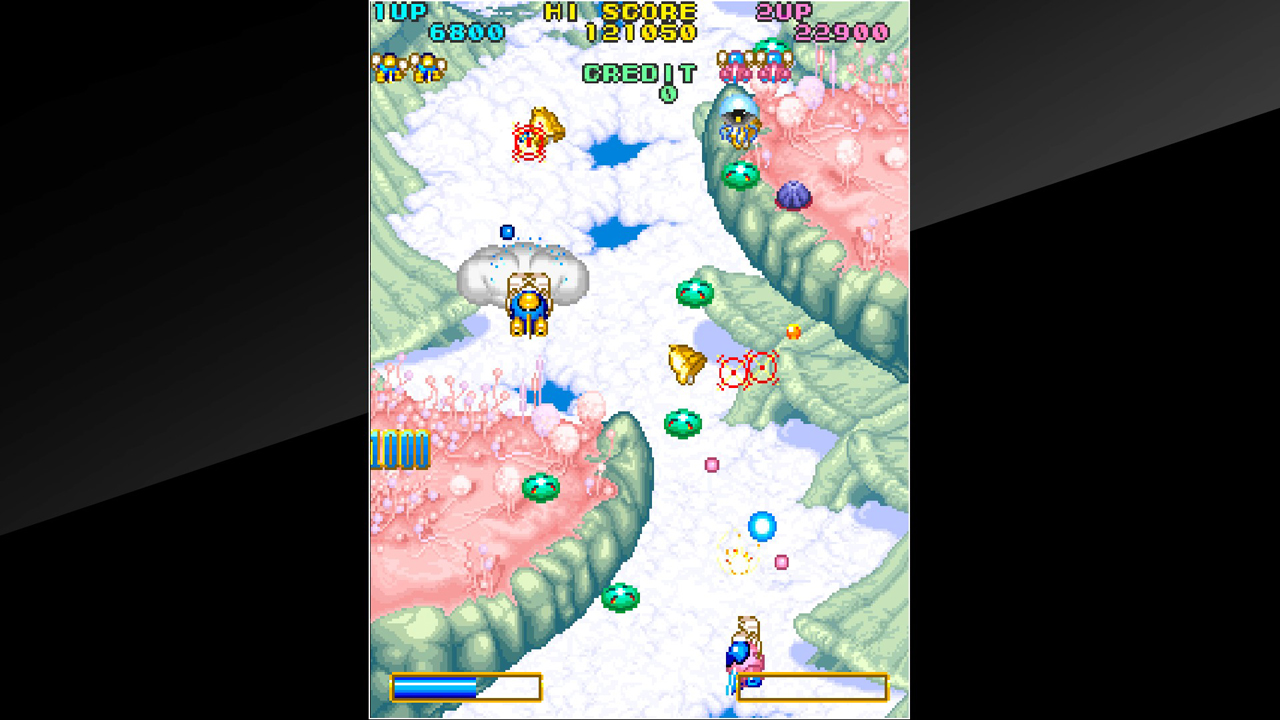 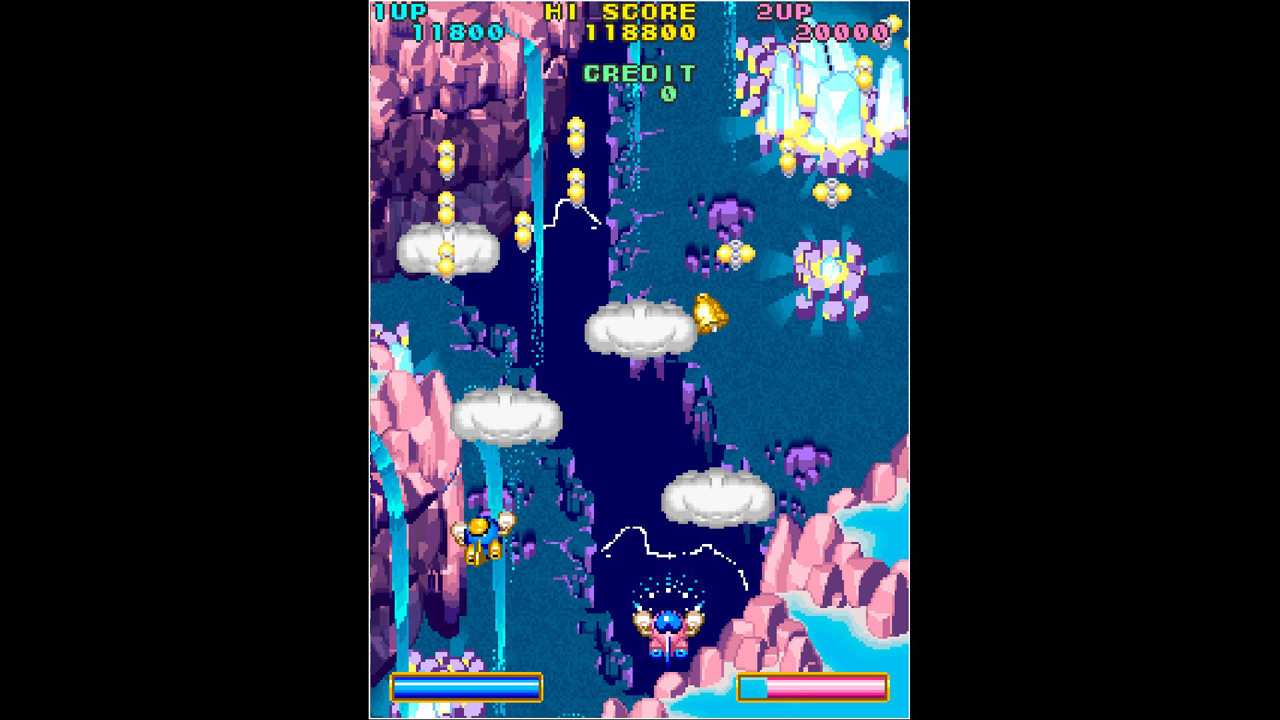 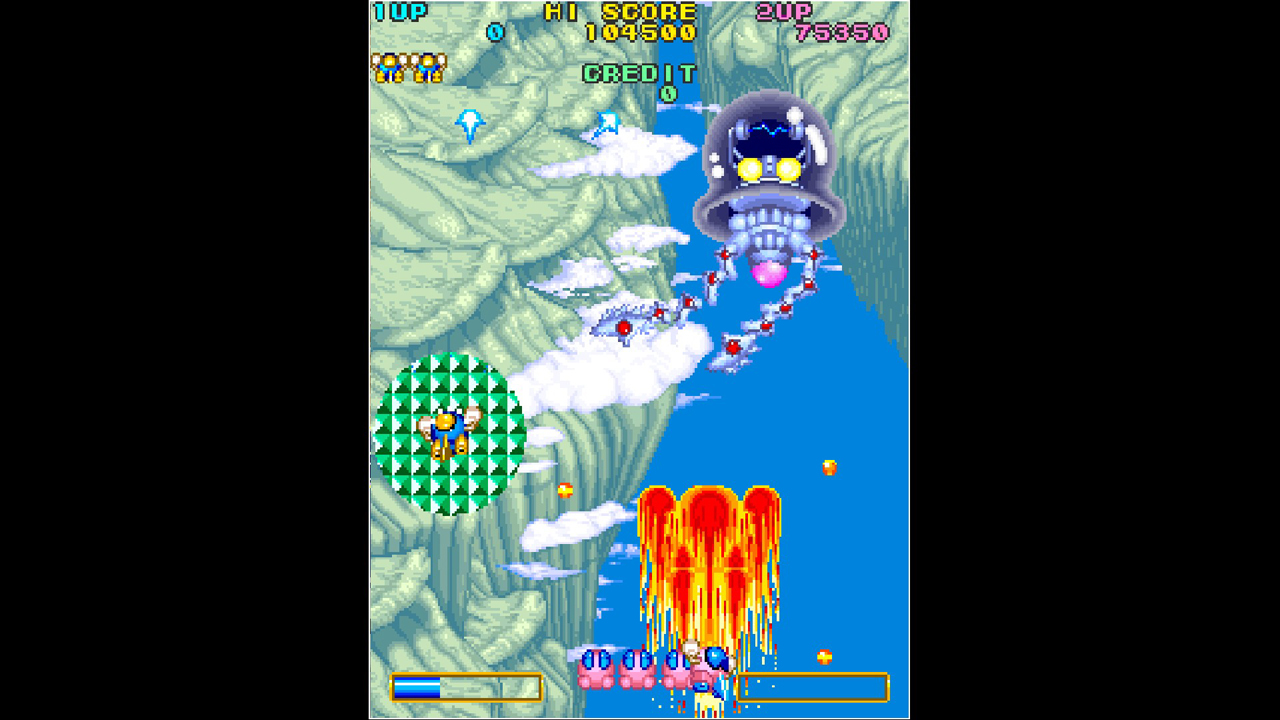 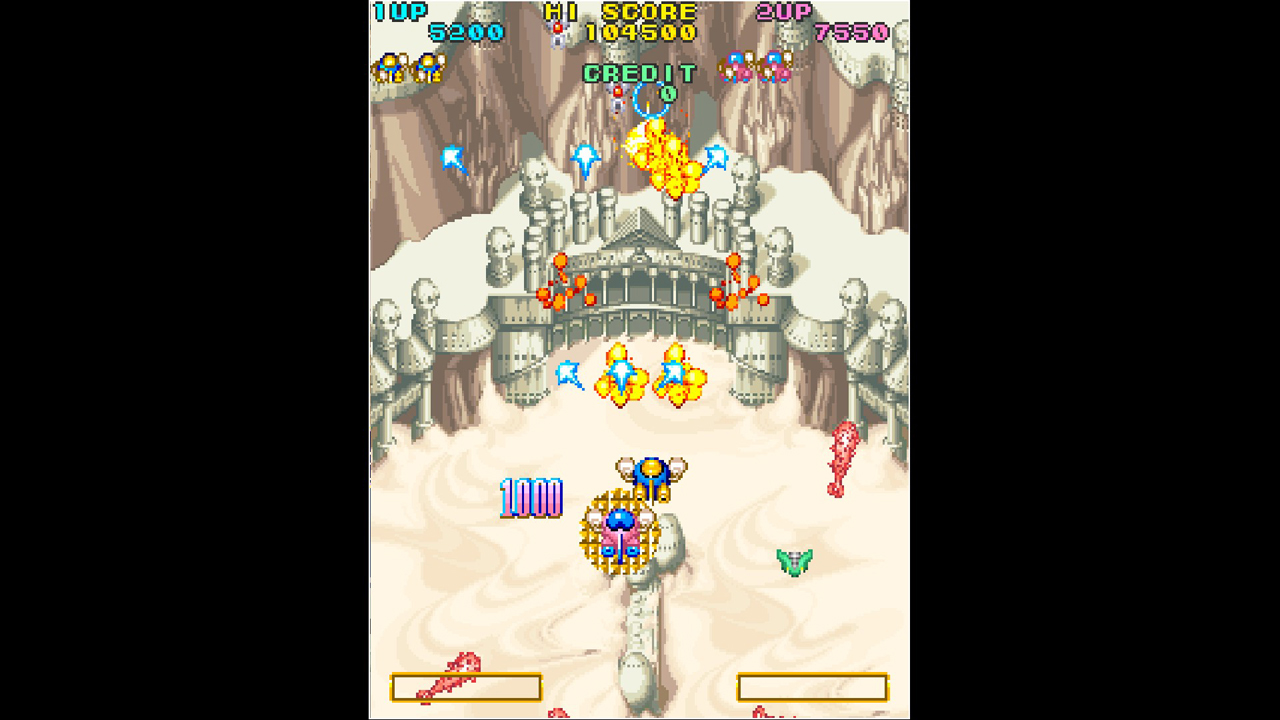