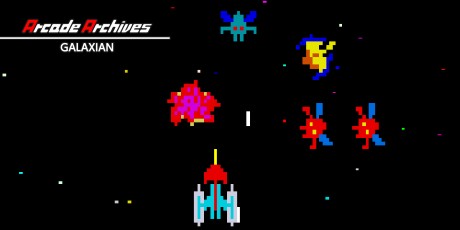 "GALAXIAN" is a shooting game released by NAMCO (Bandai Namco Entertainment Inc.) in 1979.
You control a GALAXIP and shoot aliens that approach you in eerie curves. Aliens during the assault double your score, and the flagship (GALBOSS) can be shot at in turn, starting with the escort (RED ALIEN), for a higher score.
Deftly dodge enemy aliens and destroy the large formation.

*This game uses the Japanese ROM for the main part of the game.
The options menu and manual are available in Japanese, English, French, German, Italian, and Spanish. 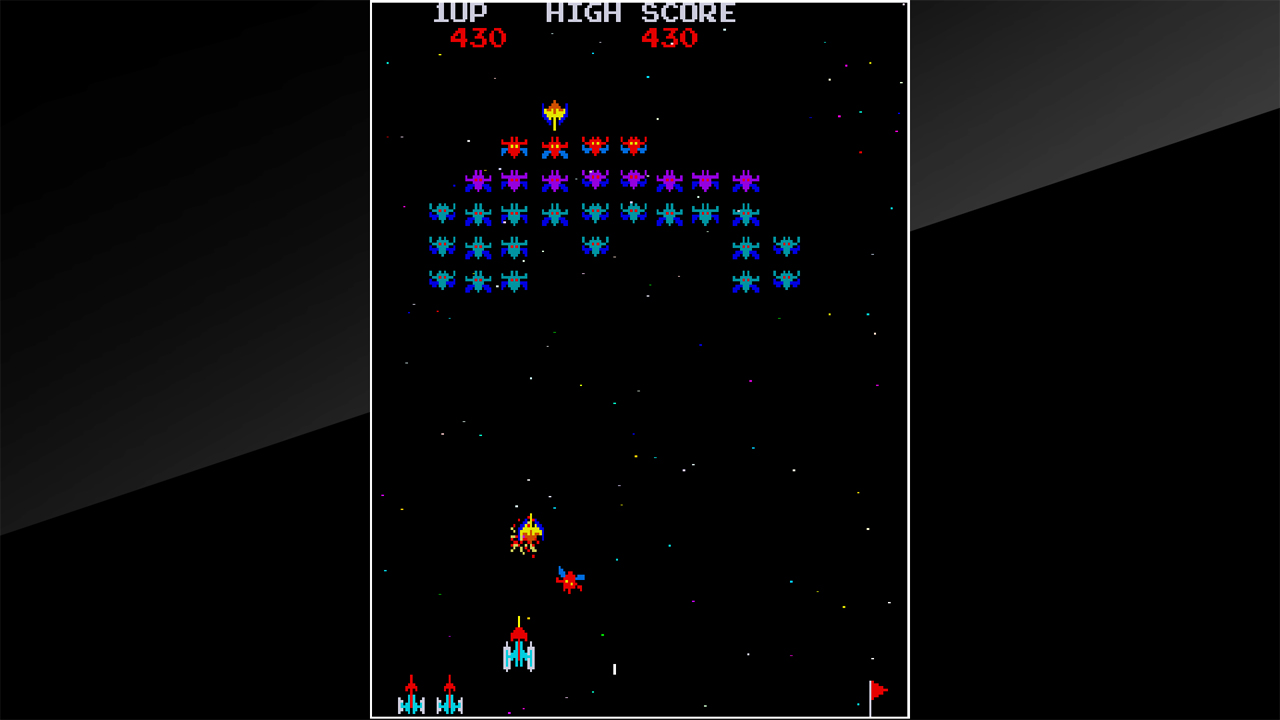 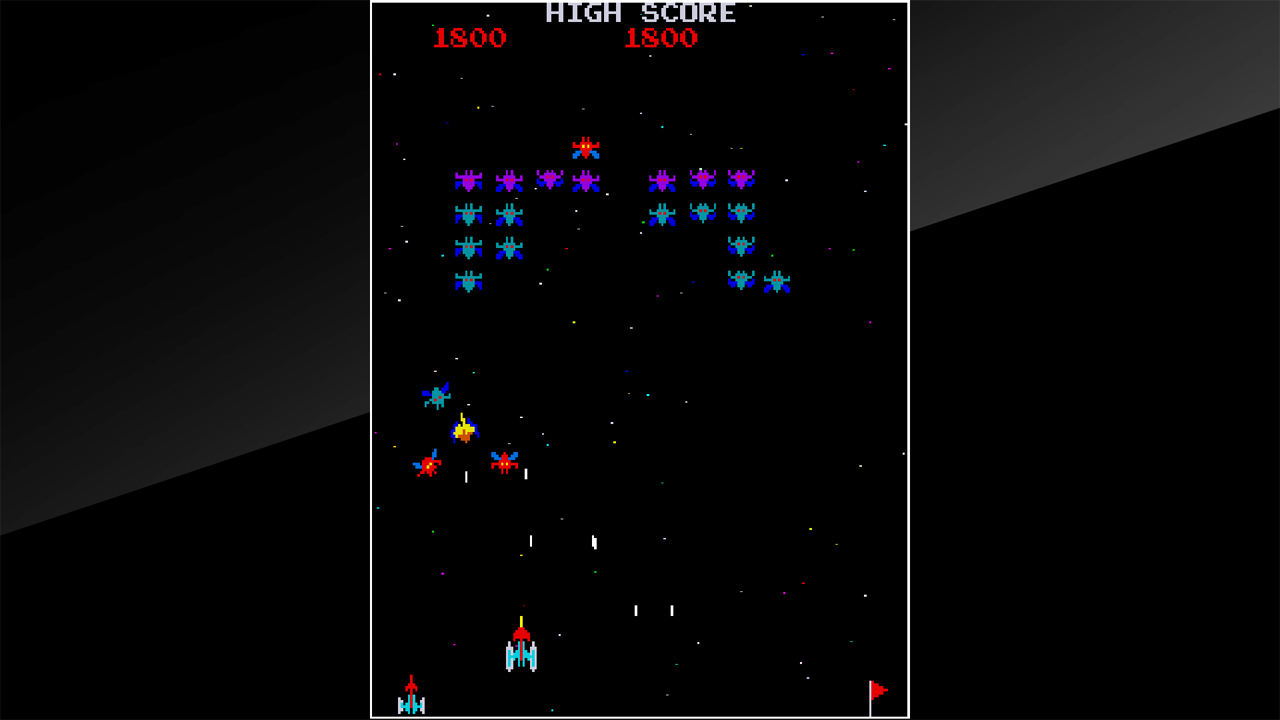