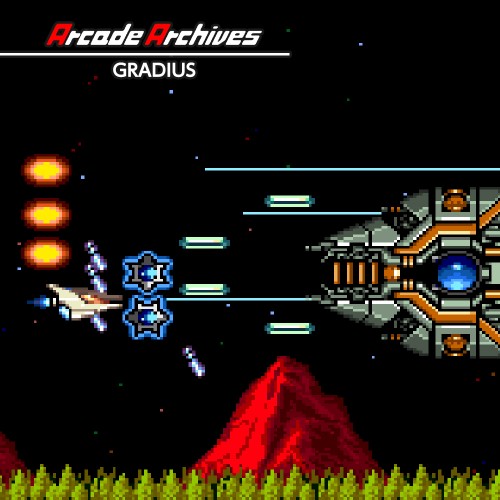 "GRADIUS" is a shooting game released by KONAMI in 1985.
Players control the Super Dimension fighter 'Vic Viper' and fight 'Bacterian' with the aid of devastating power-ups.
This shooting game is the first of a masterpiece series from KONAMI that had a major impact on later shooters. 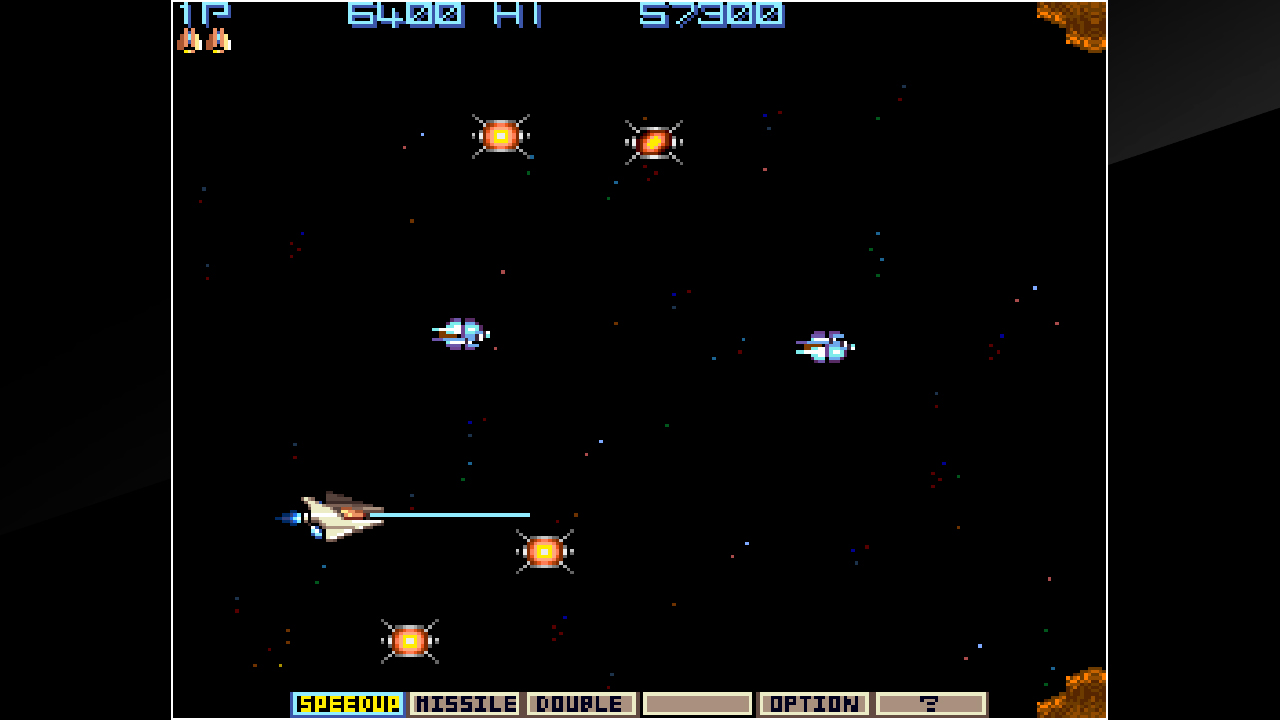 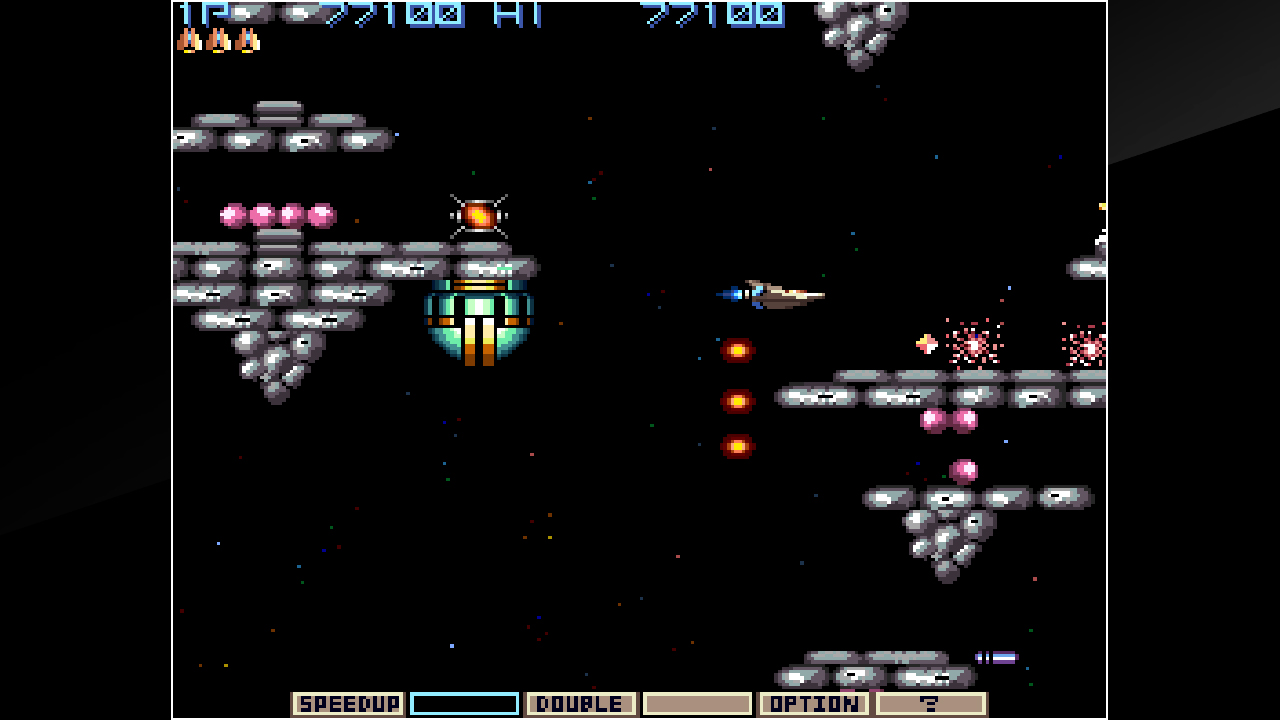 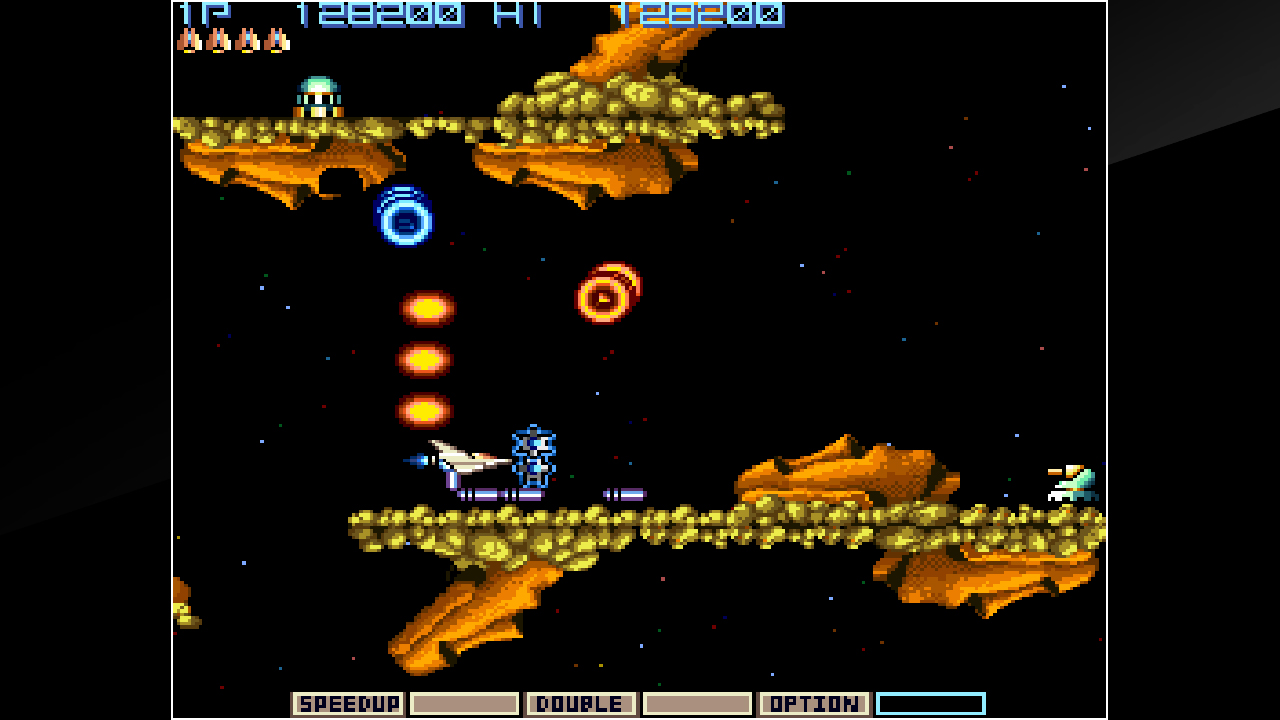 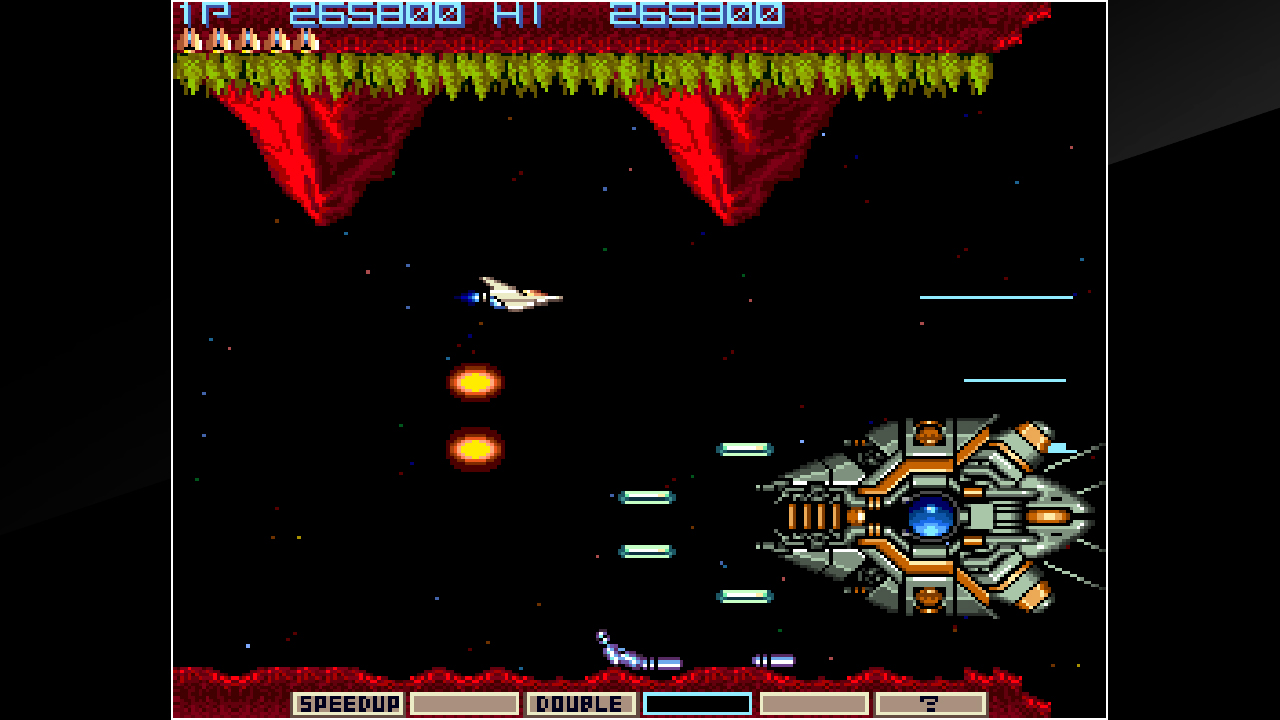 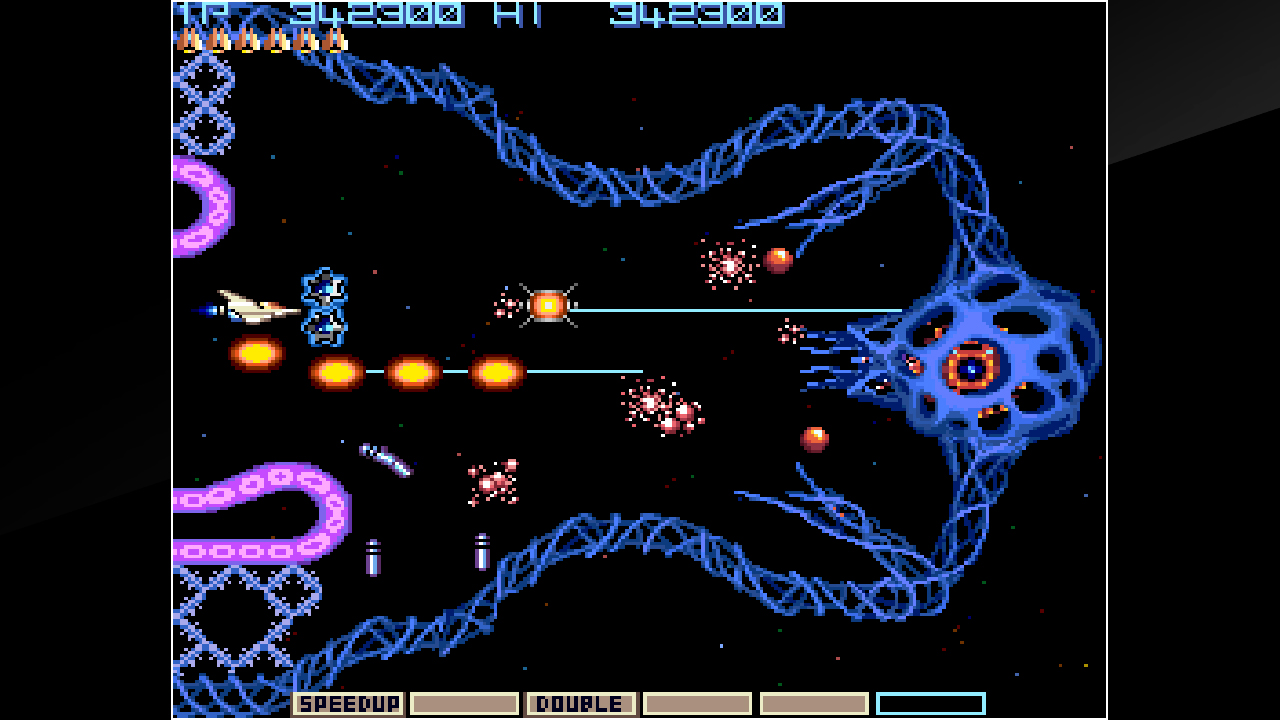