"SUPER COBRA" is a shooting game released by KONAMI in 1981.
The player's goal is to fly their helicopter all the way to the enemy base that appears at the end and claim the spoils of war.
Be careful not just of enemies as you progress through the game, but also of your fuel level, or you might crash and burn. 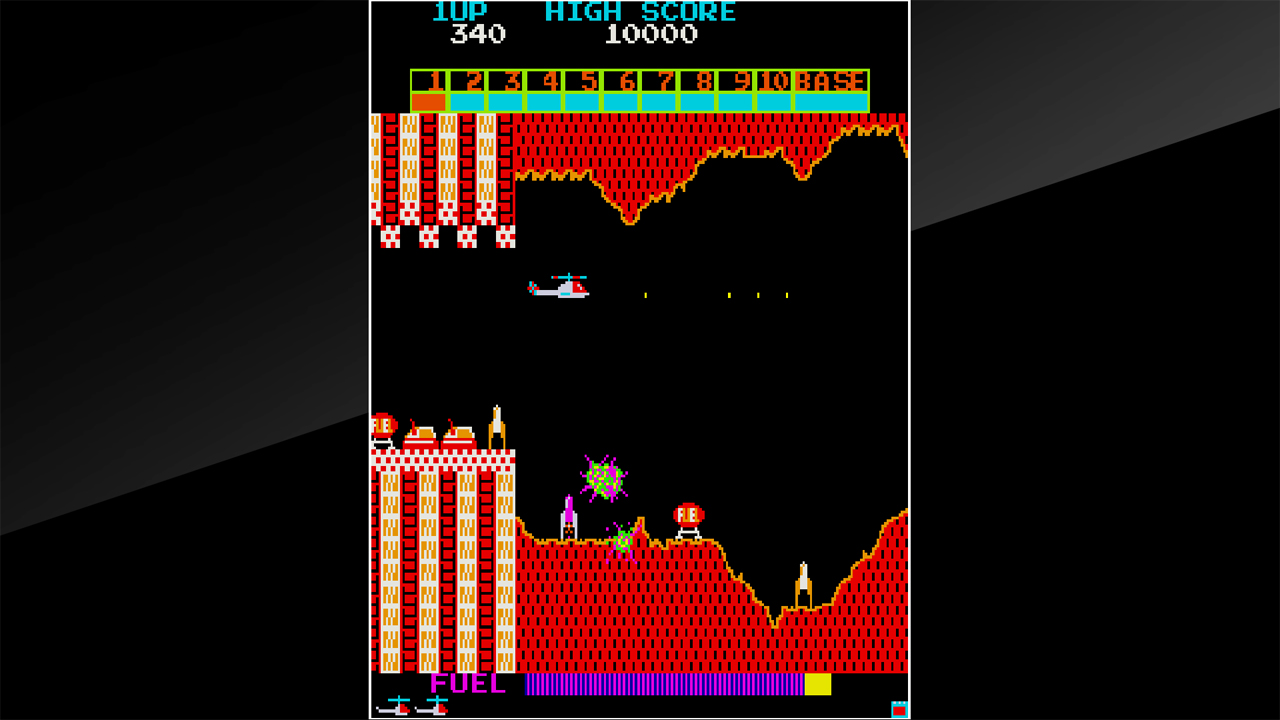 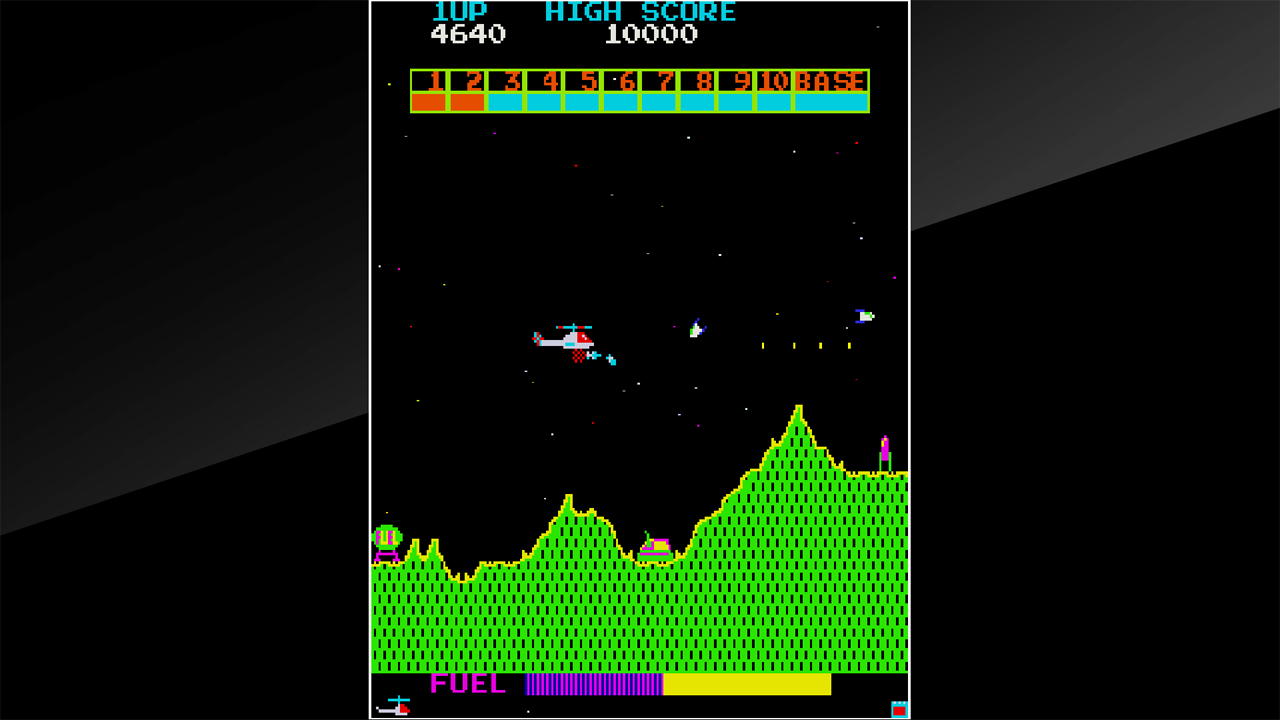 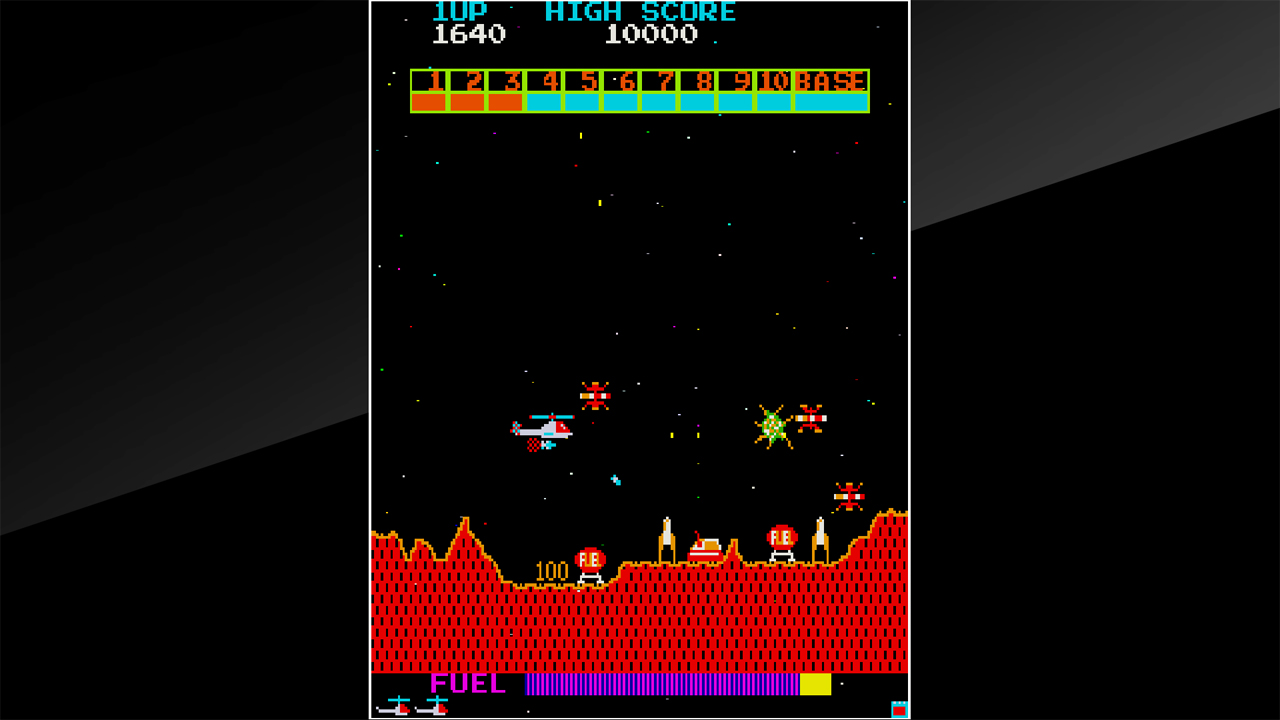 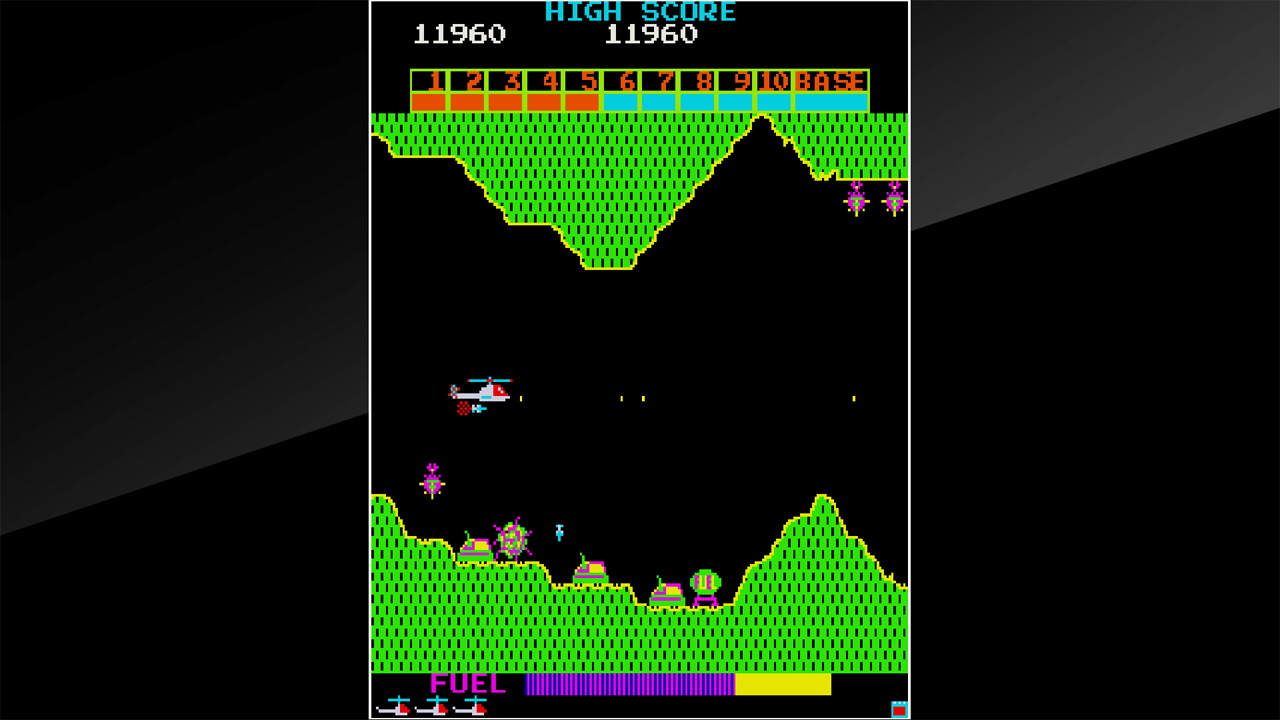 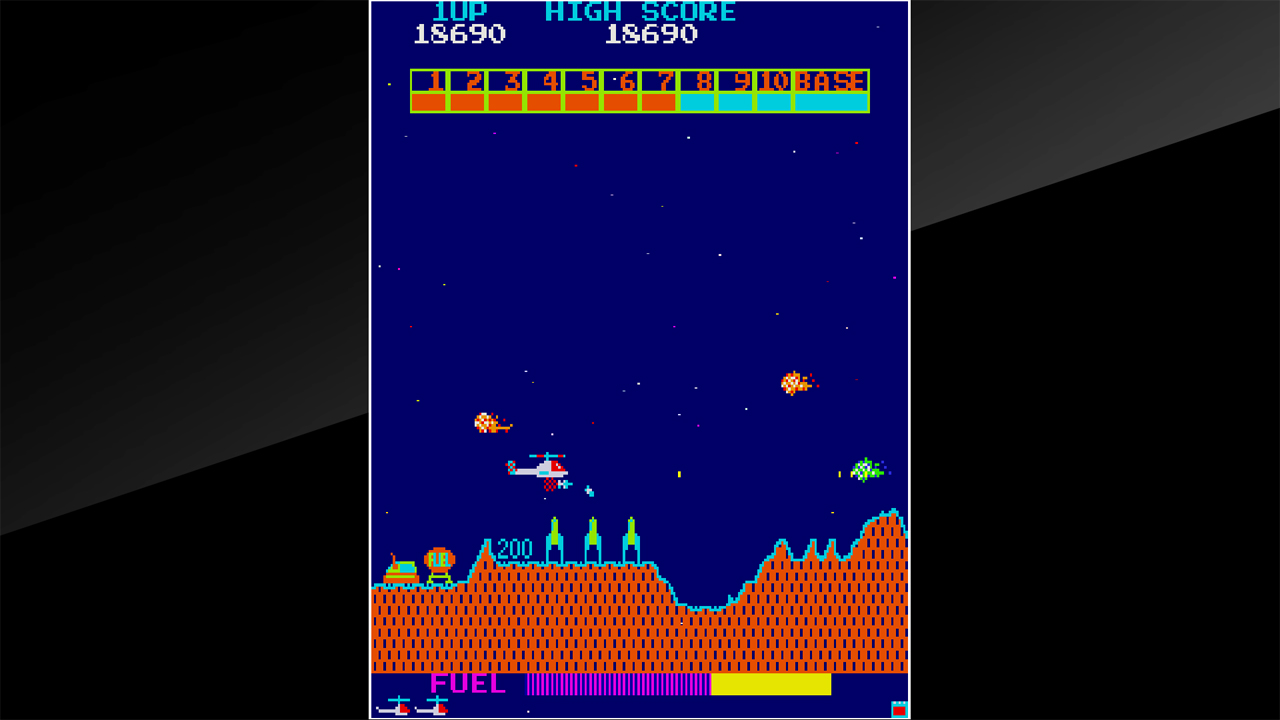 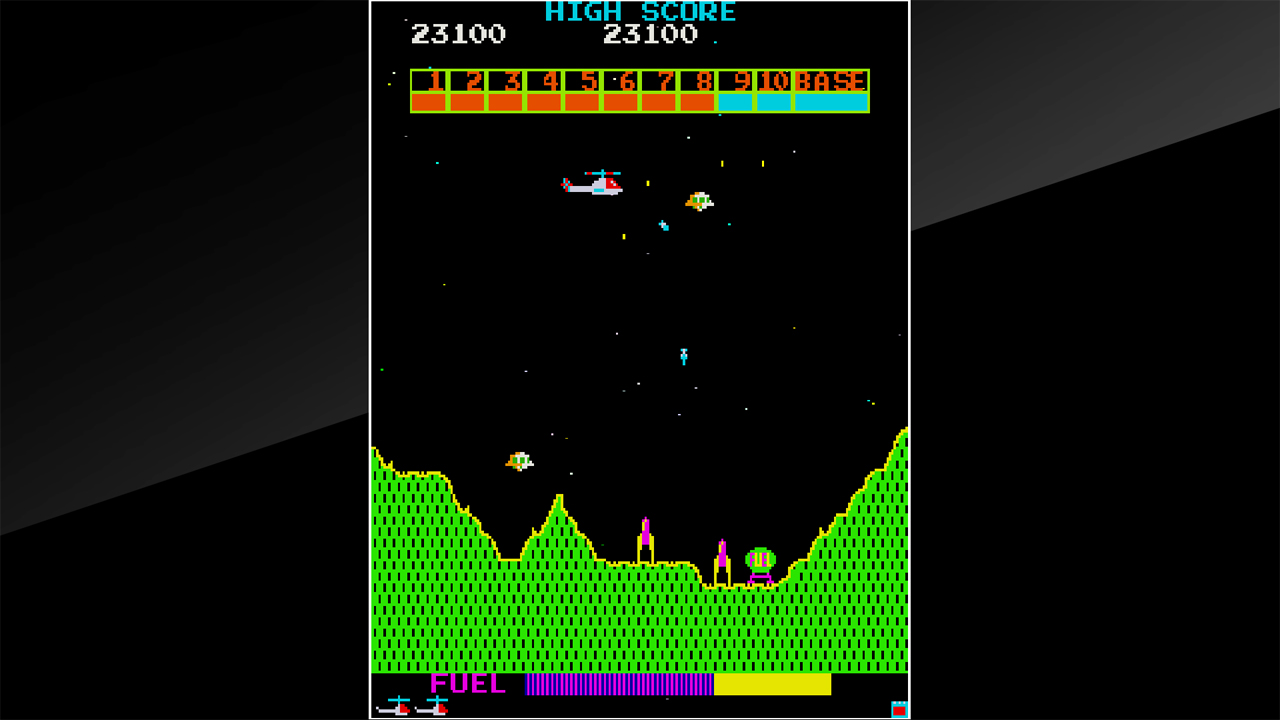