“URBAN CHAMPION” is a beat 'em up fighting game, first released by Nintendo in 1984. True to its namesake, fighting men duke it out, fist to fist, for the title of "Urban Champion"! Go into battle with light and heavy punches, as well as dodging and other defensive maneuvers. Take on a 2 player battle, and try to read your opponents' moves to become the victor! 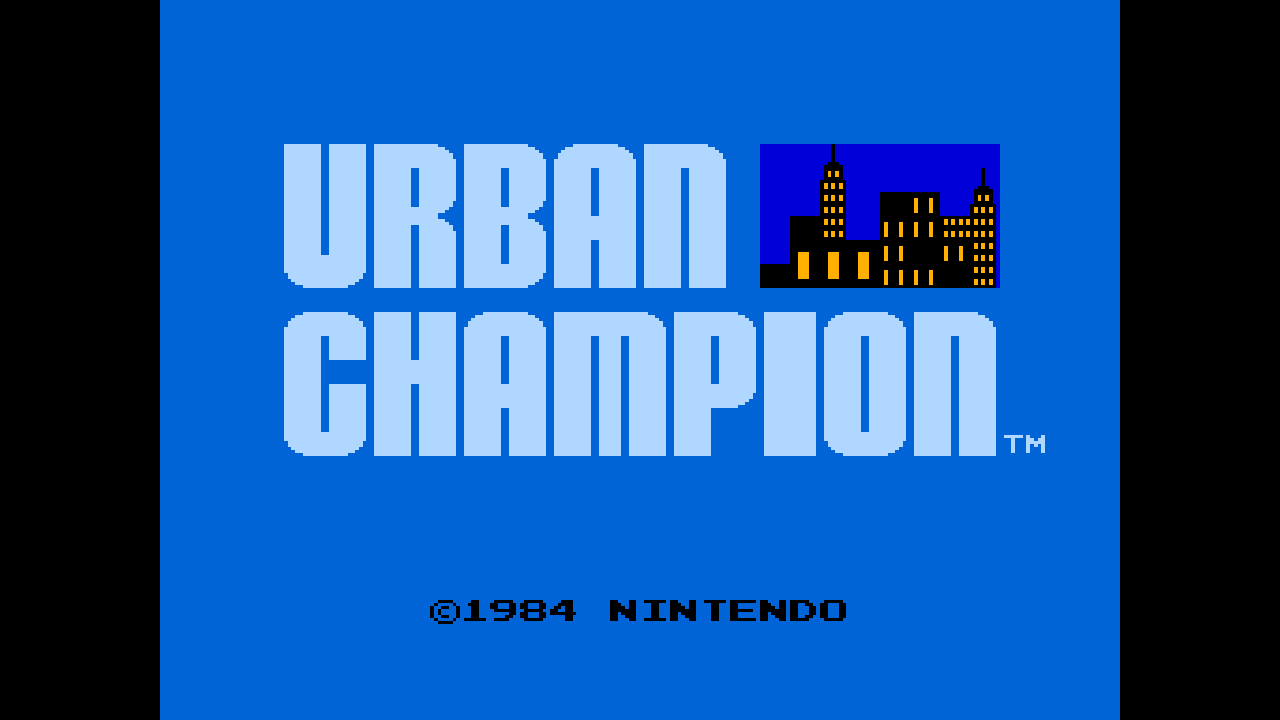 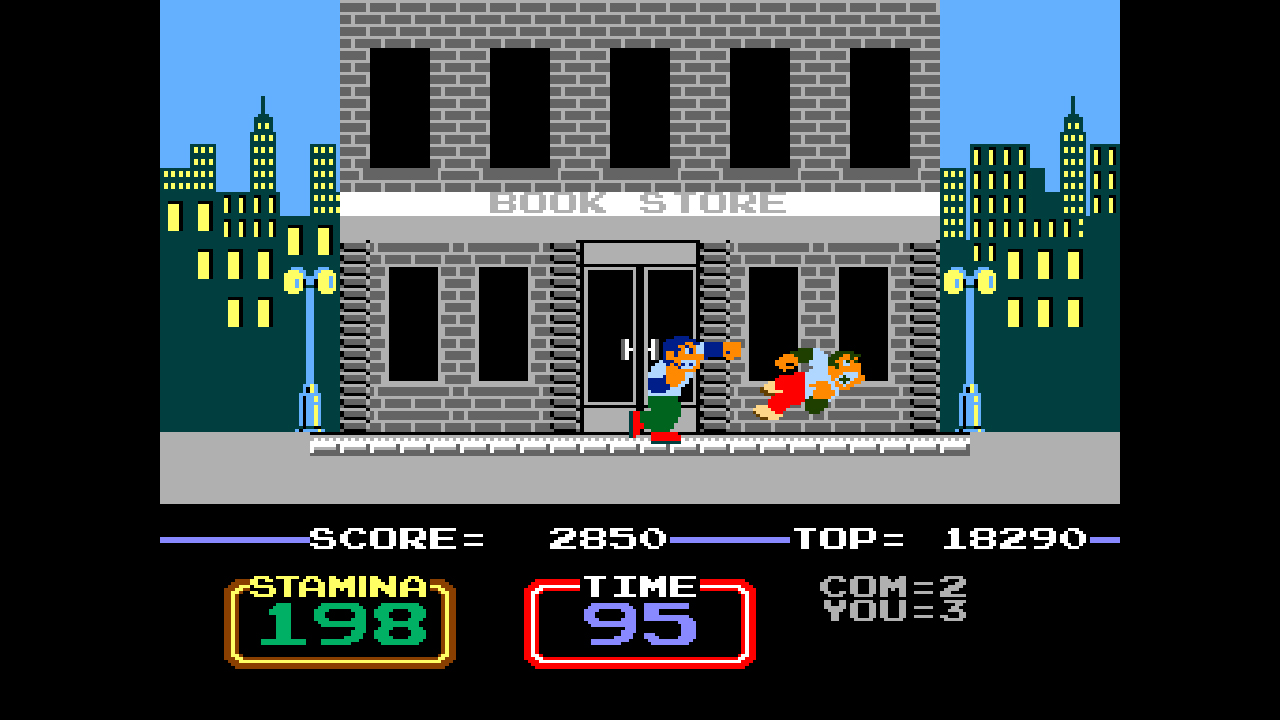 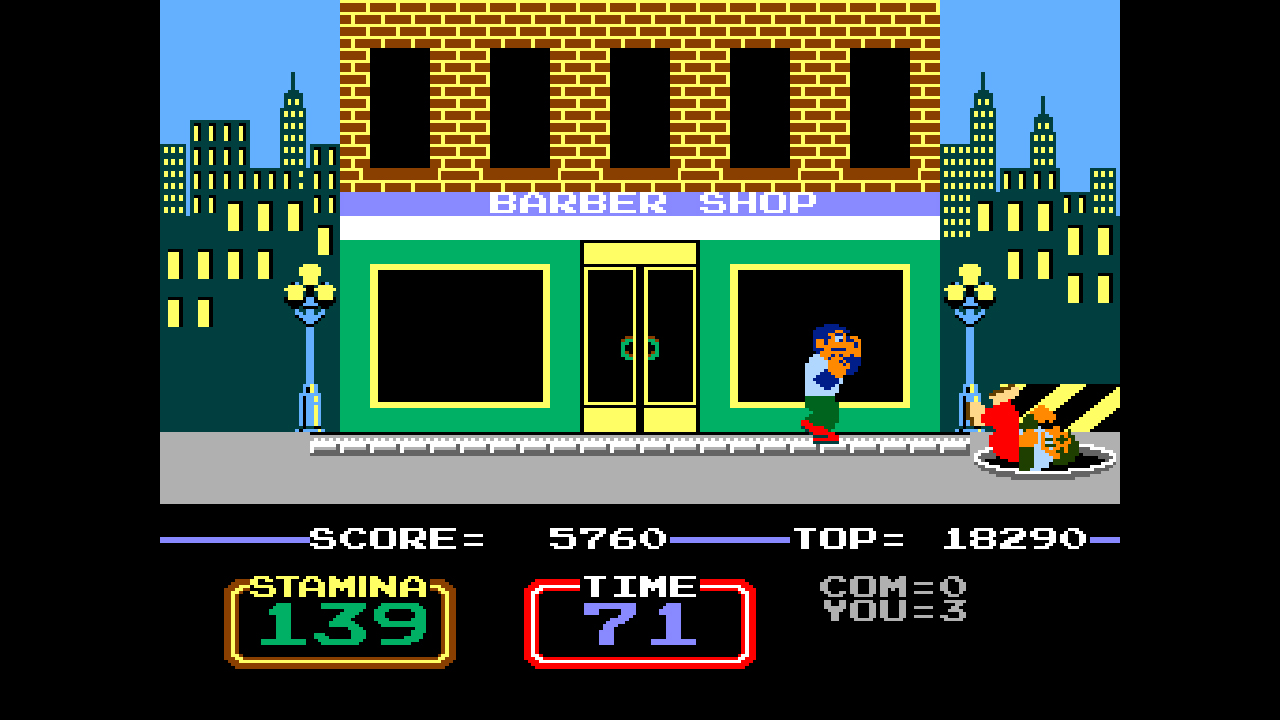 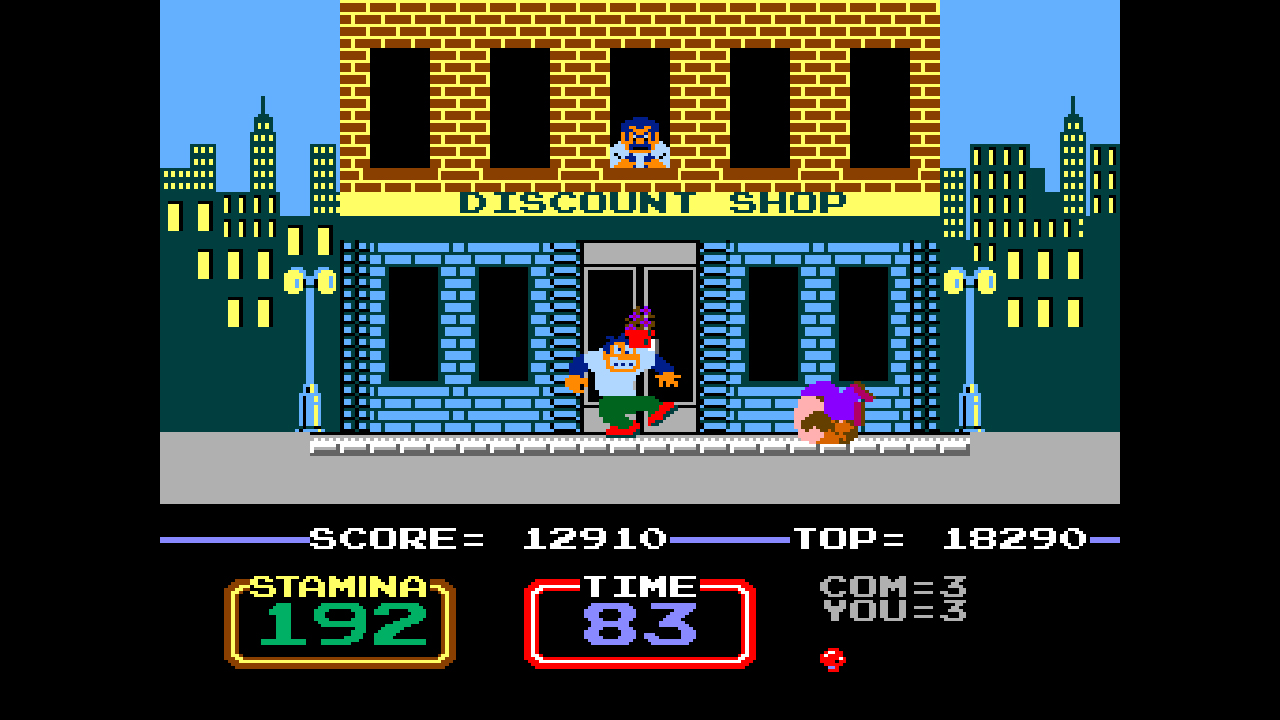 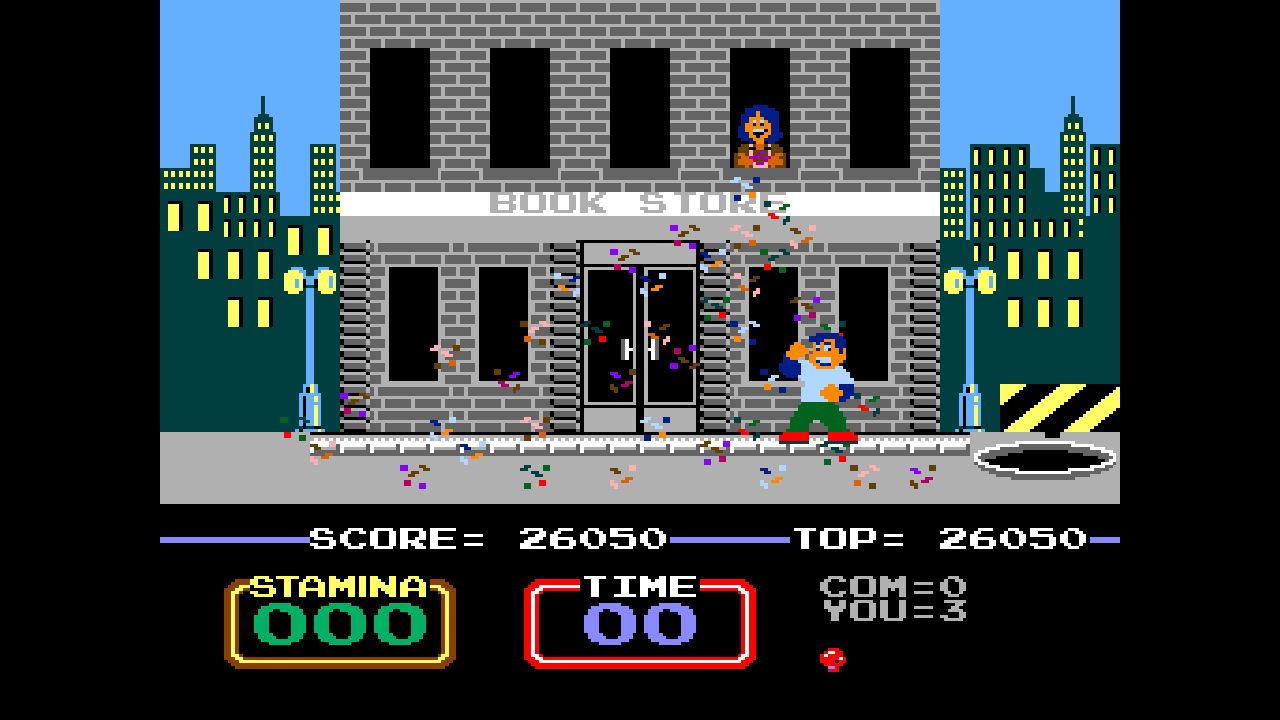 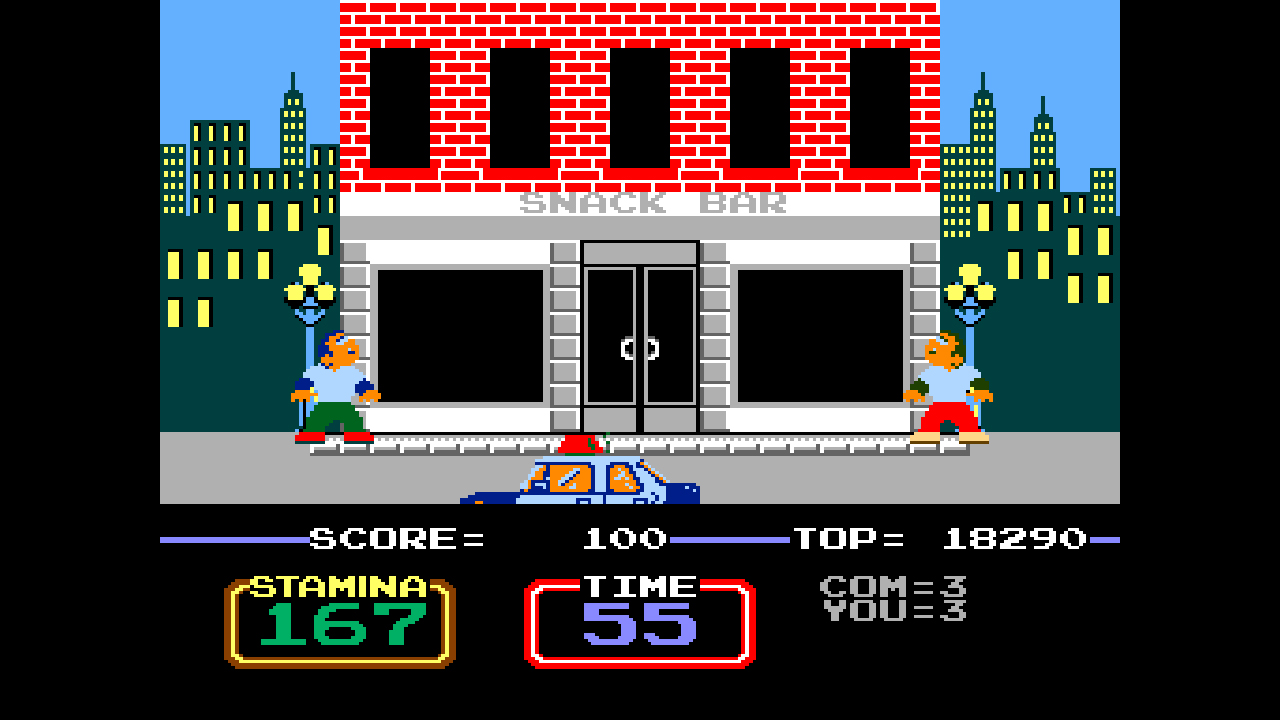