BATTLE & CRASH is a Car Battle Action Game in which you take out car after car in a battle royal to achieve victory.
Compete for unique Rifles, Missiles, Lasers, and clash and take out your enemies in an ultimate battle royal!

This game contains 3 game modes: "Battle League", "Team Battle", and "Survival".
All game modes can be played by up to 4 Players.

Team Battle
Clash in a 4 vs. 4 Team Battle!
You can freely choose Stages, Time Limits, Revival Restrictions,
and switch whether Items and Main Weapons appear in the Stage ON, or OFF.

Survival
A full-on 15 car brawl!
15 cars battle it out to be the last one remaining.

More details on the official game page of BATTLE & CRASH ... 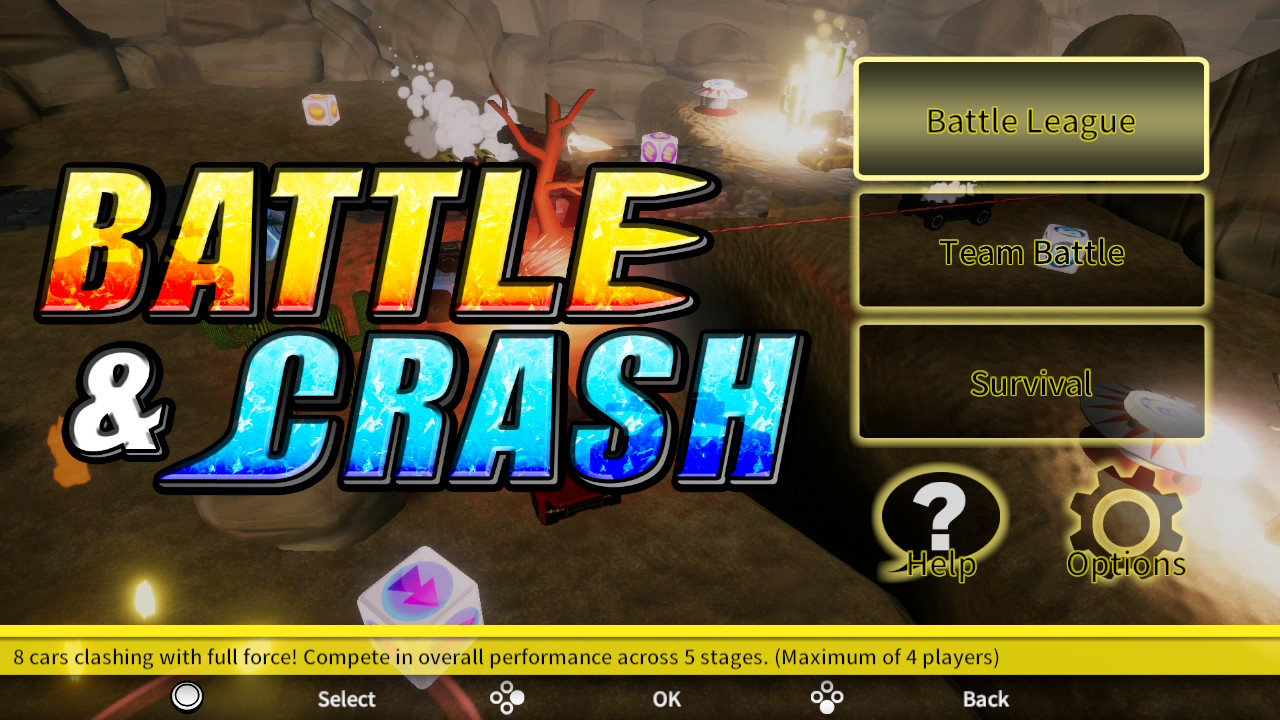 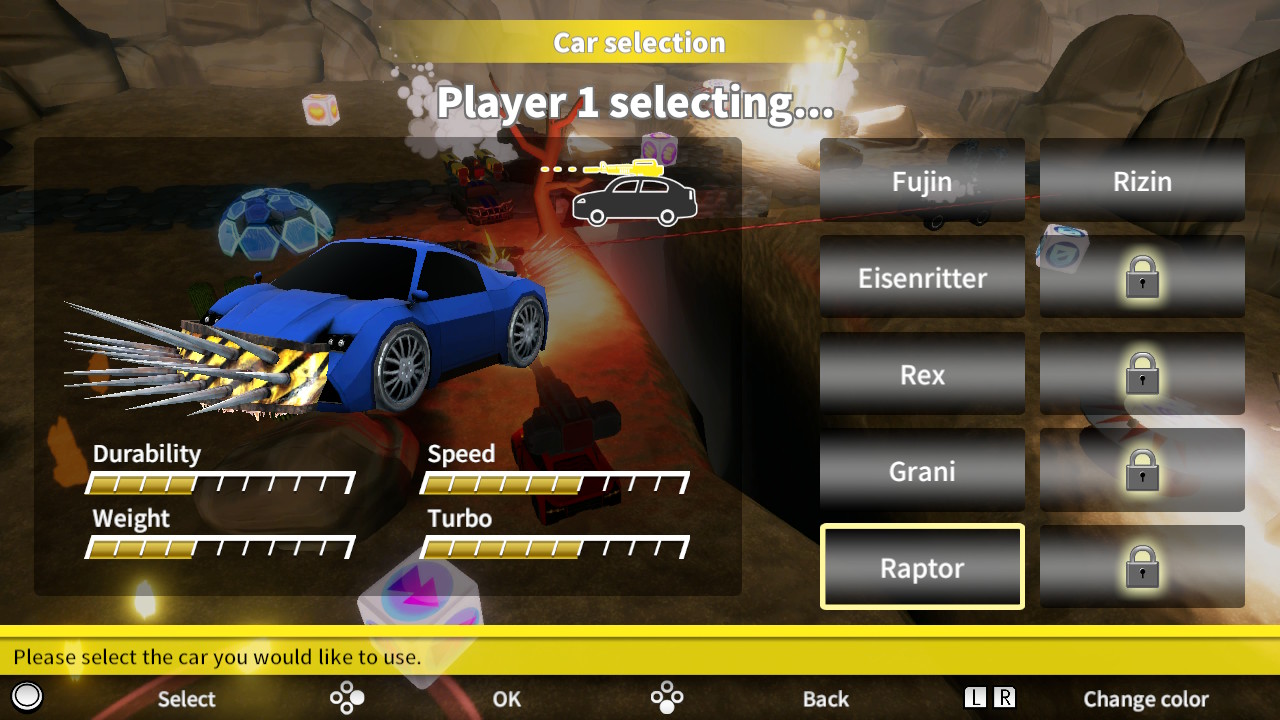 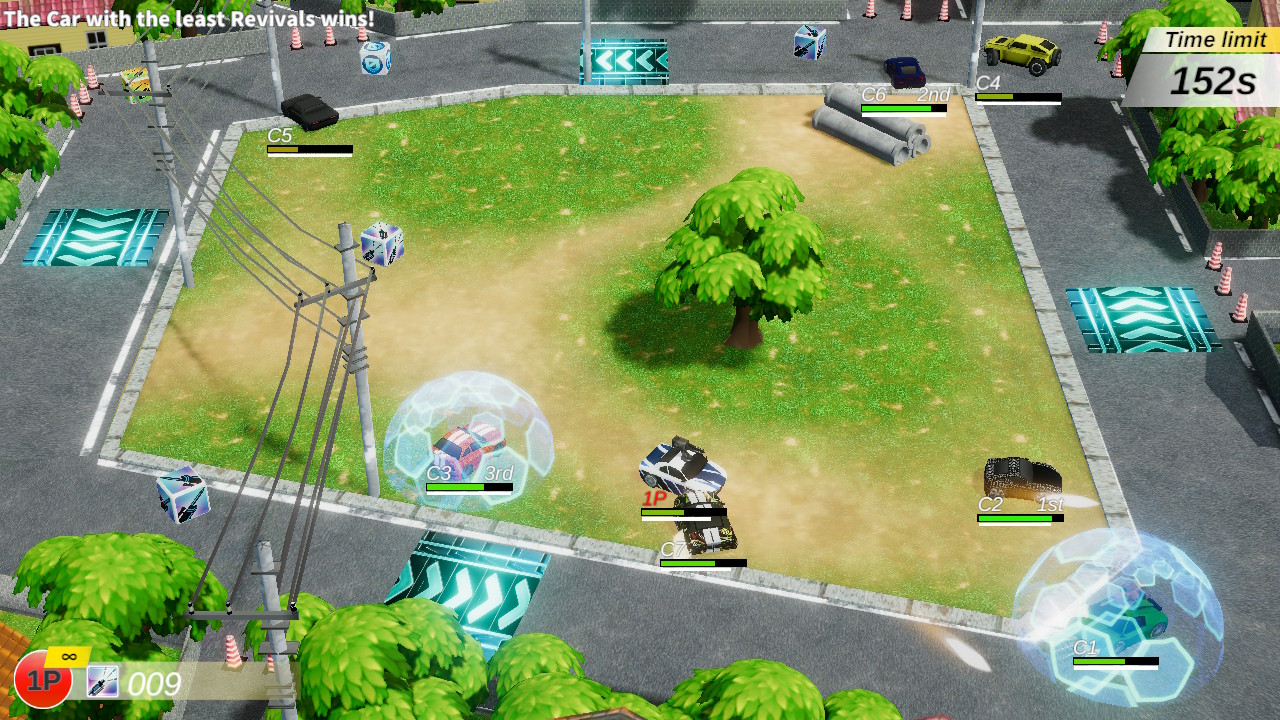 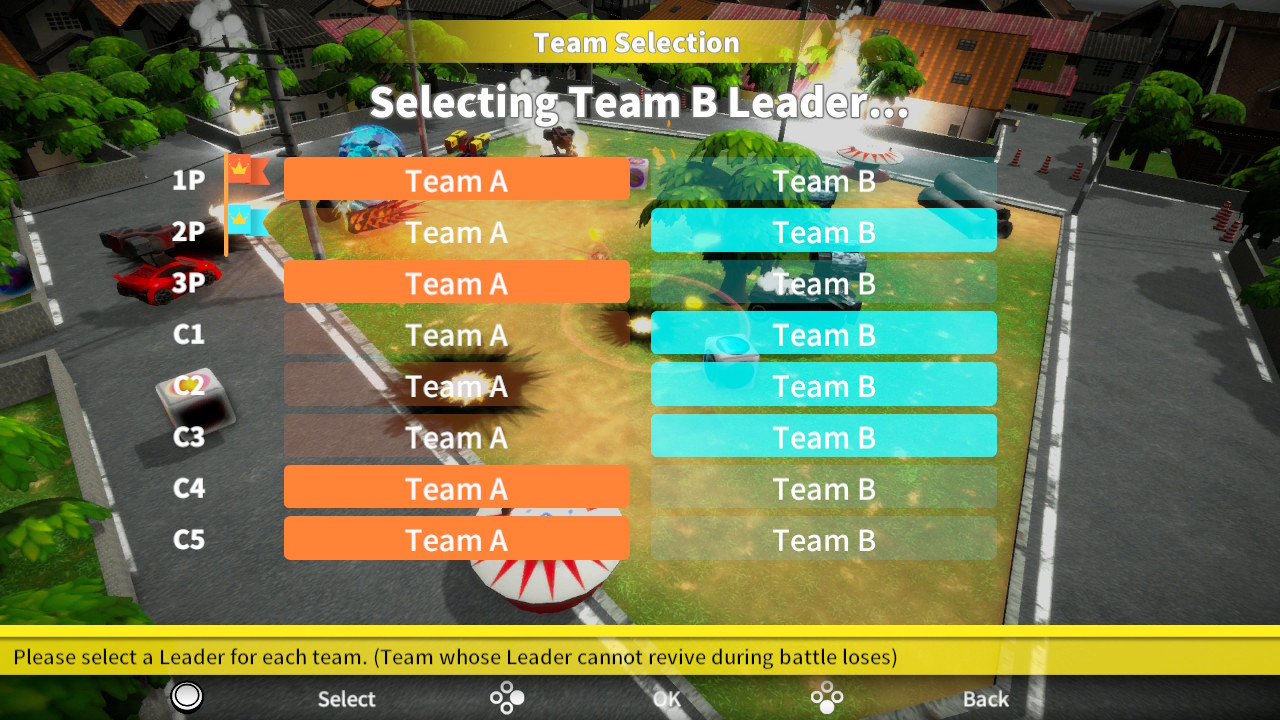 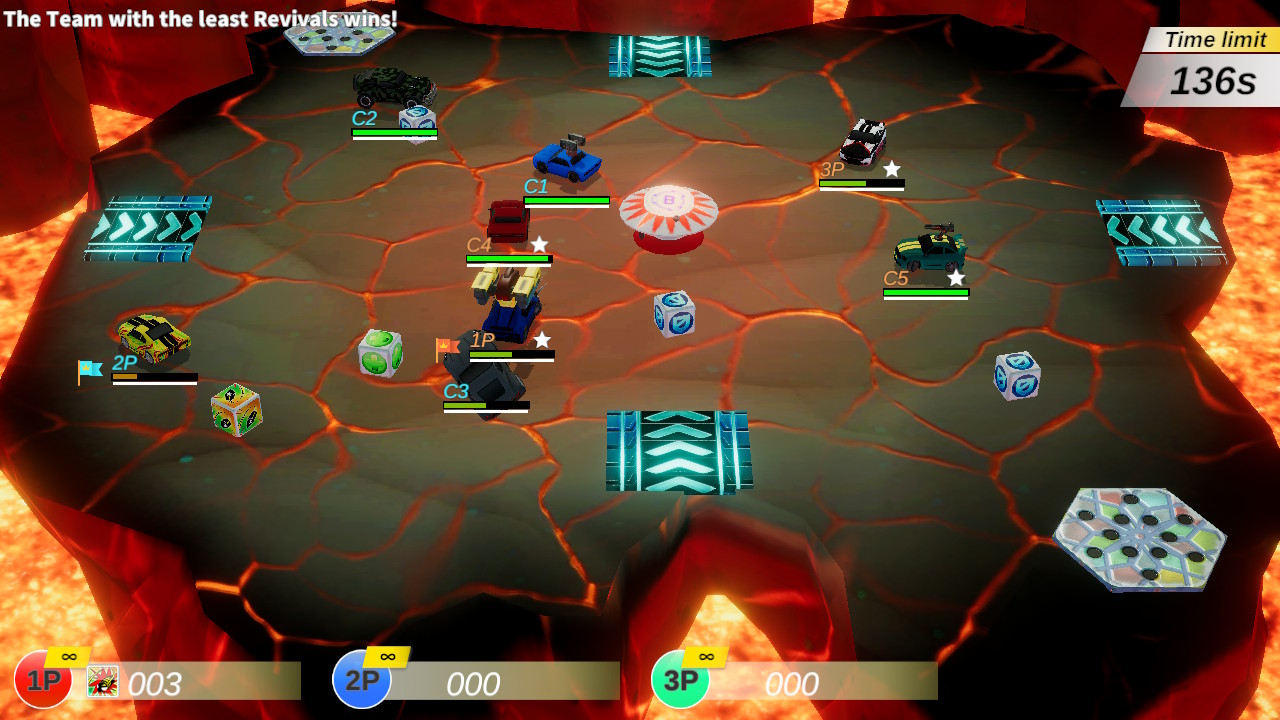 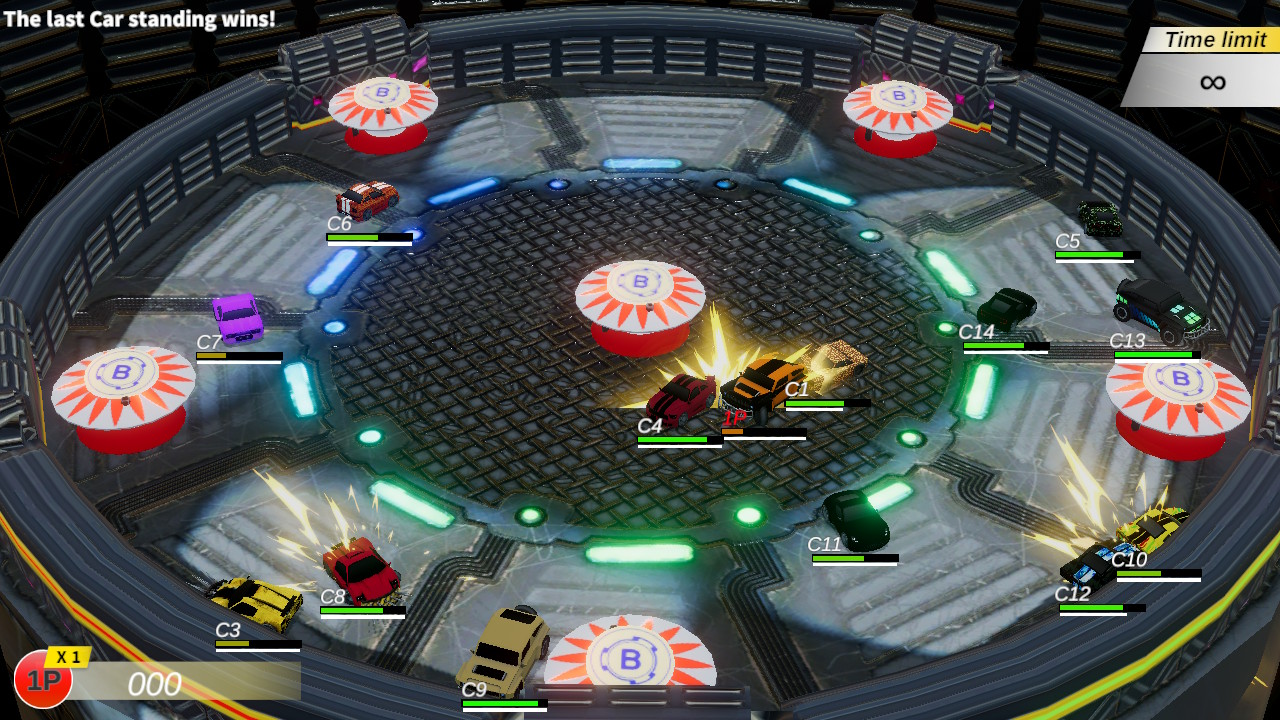