The west is the best – well it was until the big one hit and left behind a burning city in ruins. Thankfully, the stadium survived, and 2 new west coast teams have risen out of the ashes to battle for Mayhem Bowl supremacy. This pack also includes a brand new mutant human species who is ready to unleash his fury on the league. This pack includes:
• Mutant Cyborg – This new mutant character is evenly balanced in most skill categories and can’t wait to hit the gridiron to show his stuff.
• Los Scandalous Damned Team – This team has an explosive, high powered offense and are taking the league by storm. Their Quarterback, Jared Goth passes with demonic precision to the best receiving tandem in the league.
• Los Scandalous Volts Team – Led by All-Star veteran Bloody Rivers, a smart, gutsy Quarterback who’s not afraid to throw the long ball or bash his skull against any defense. While their offense gets most of the acclaim their defense is stout and can bloody up any offense in the league.
• Los Scandalous Shake & Bake Arena – Both teams share the same arena with different hazards. The stadium managed to survive the big one but is littered with cracks, crevice’s and other nasty obstacles. 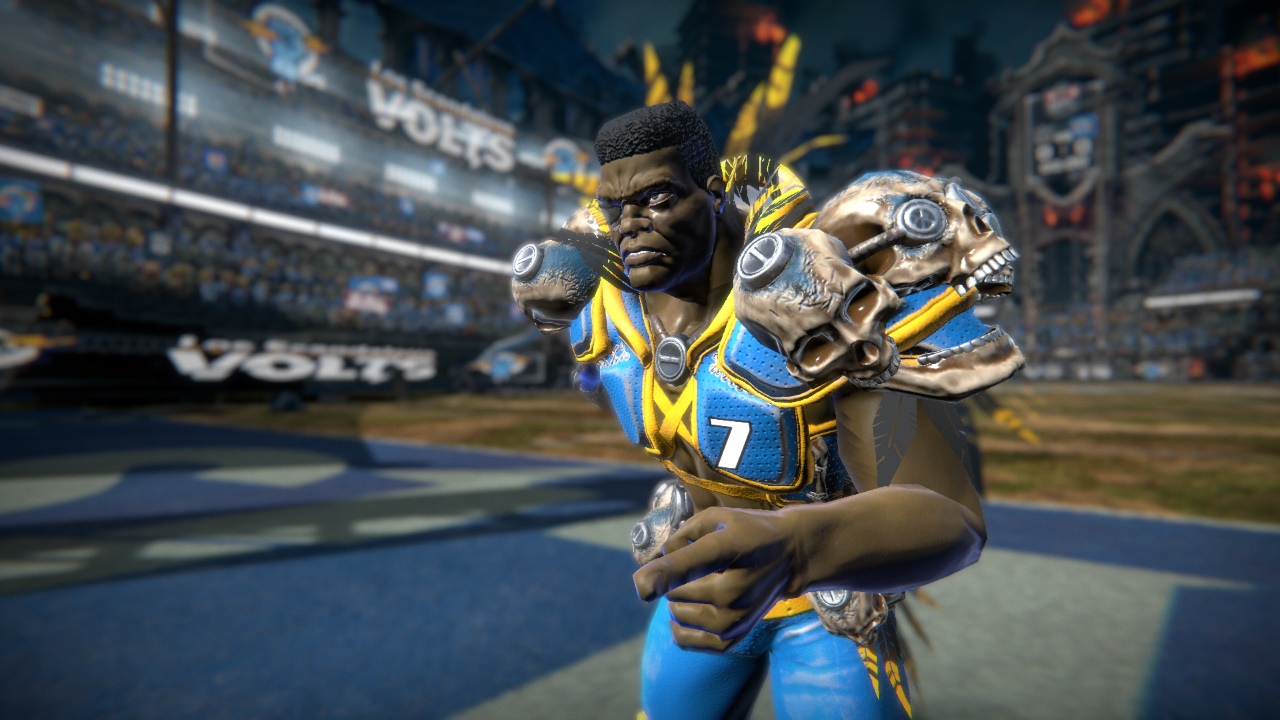 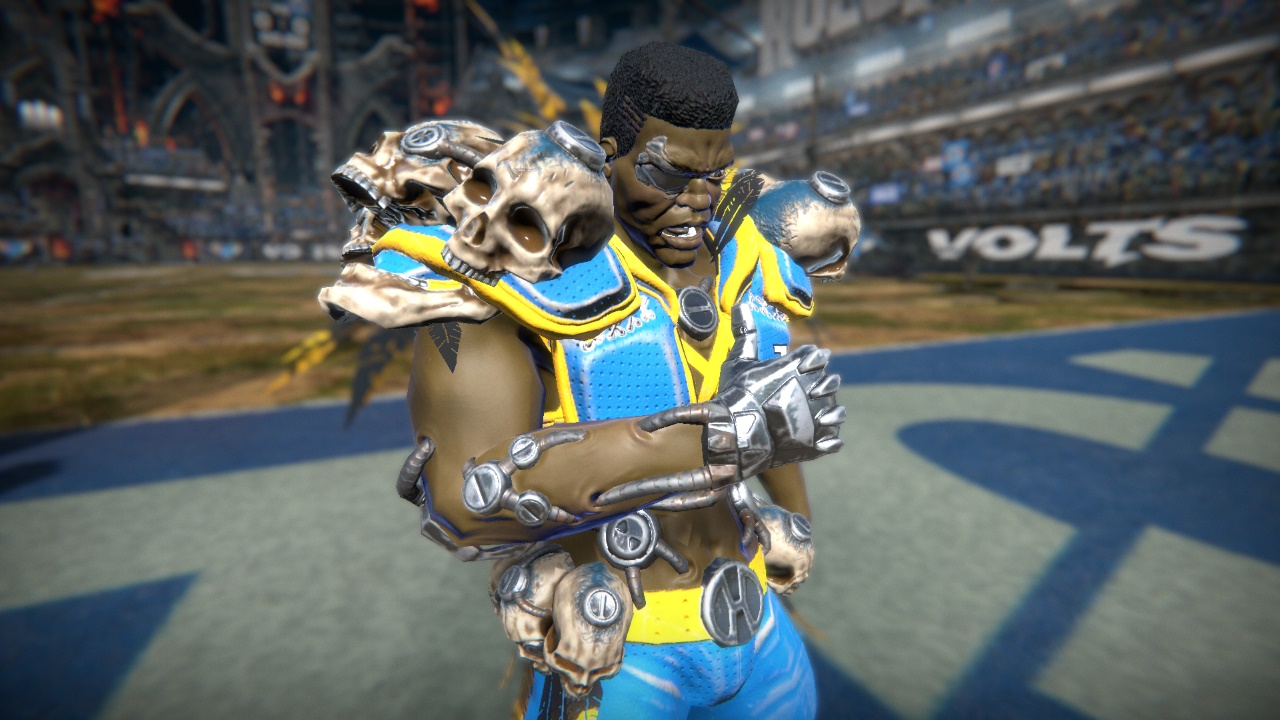 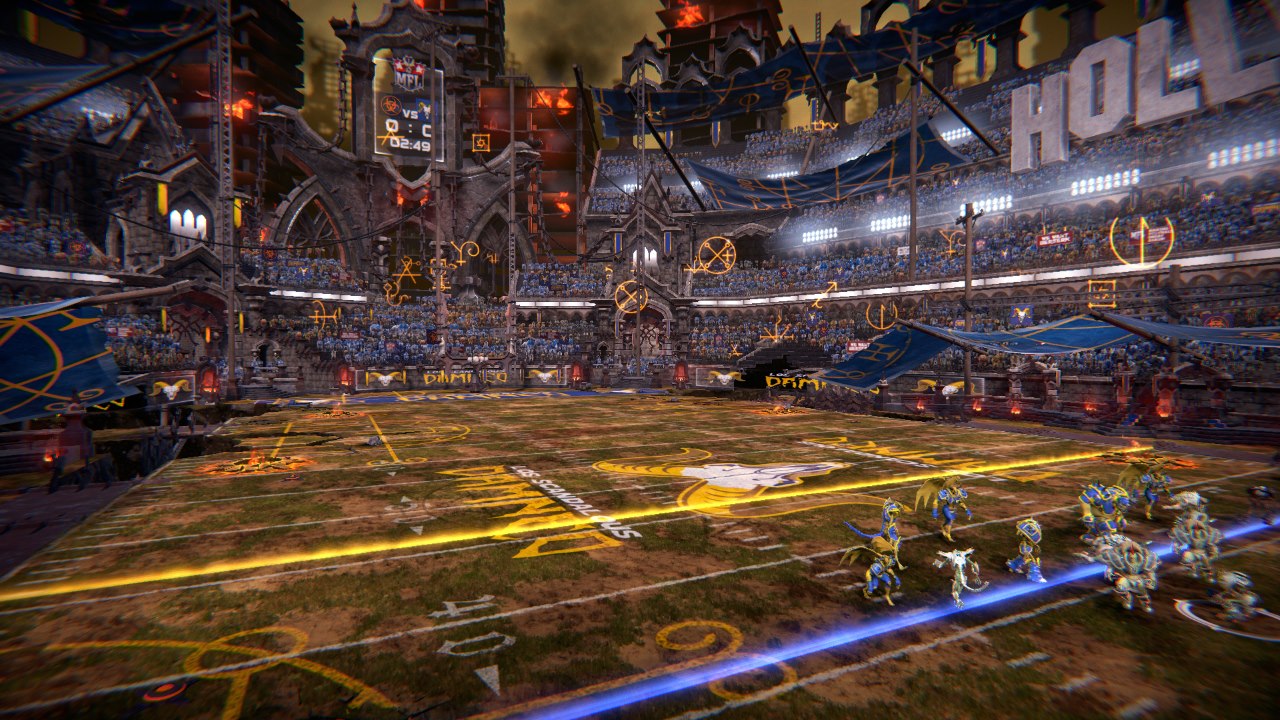 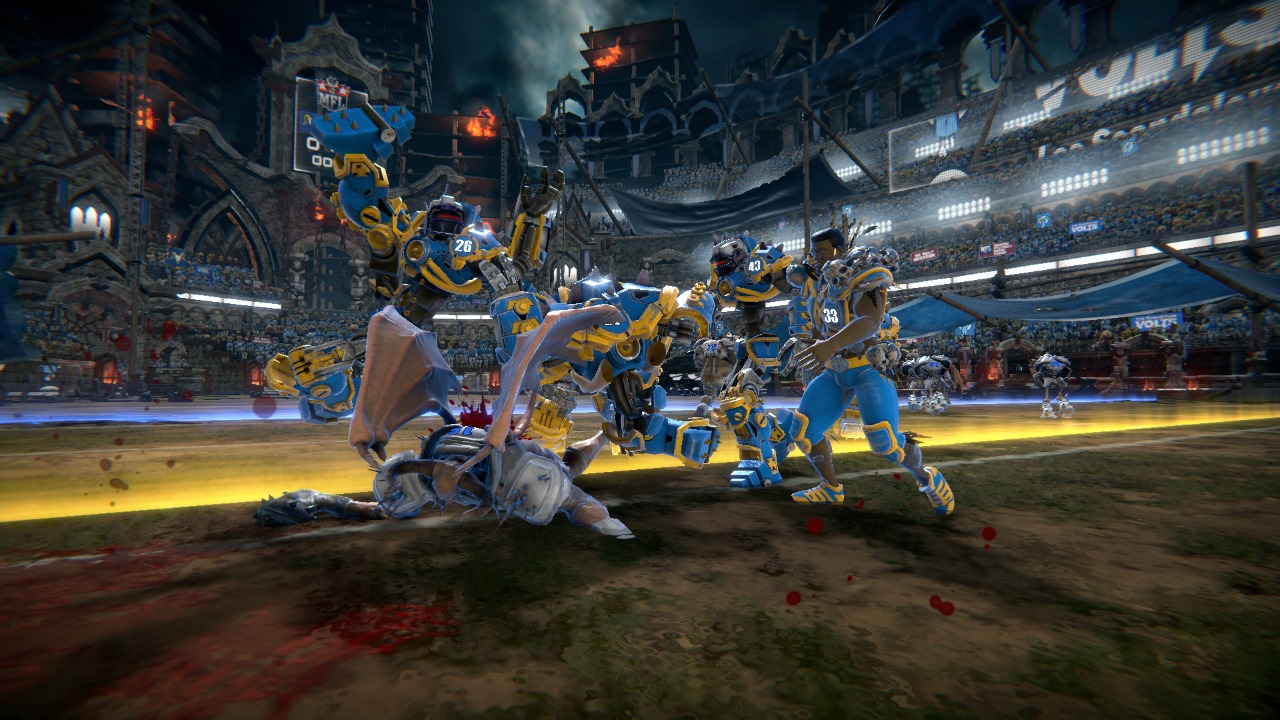 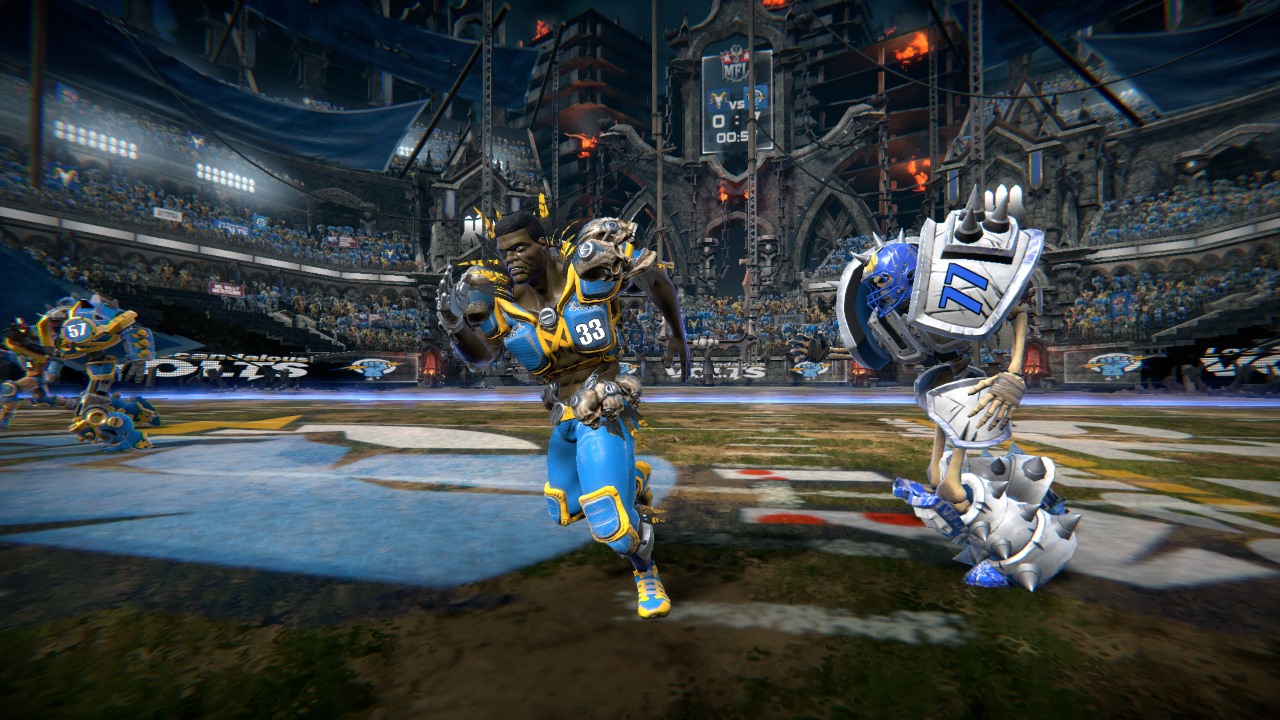 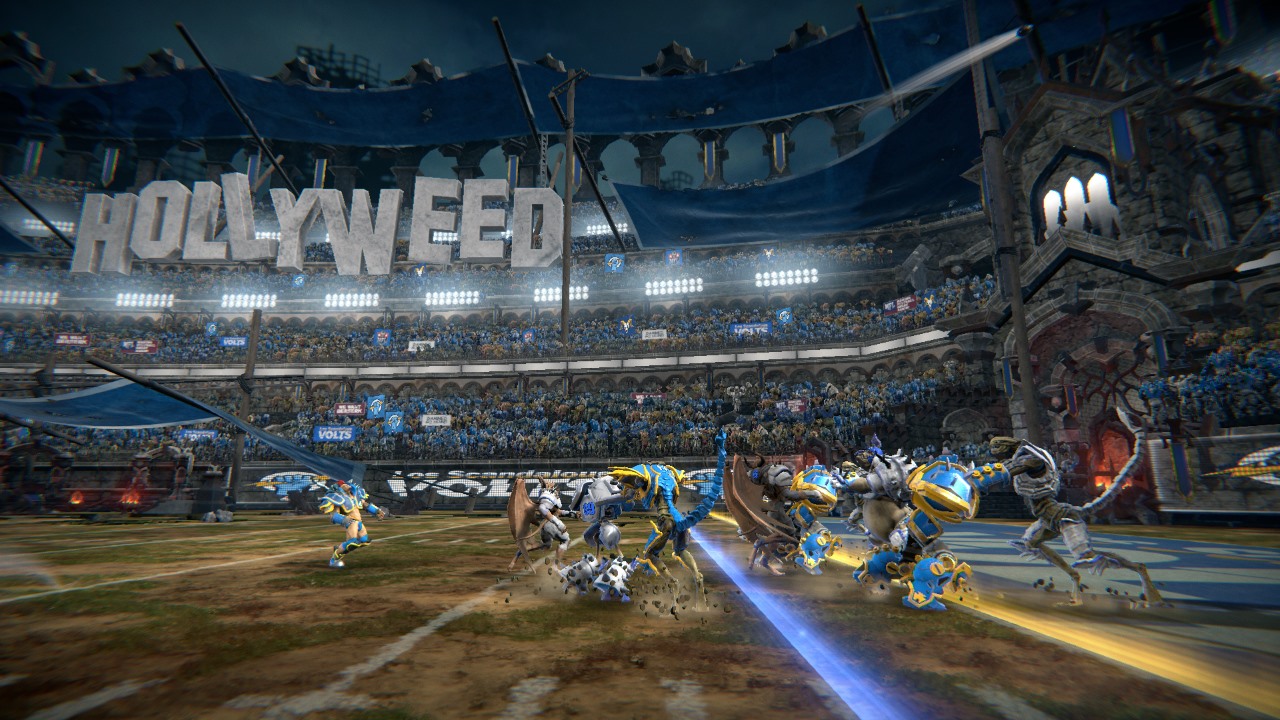