An old robot named H-34-RT wakes up in a derelict space station orbiting his home planet. His civilization was destroyed long ago by evil O'Xelg, but he has yet to figure that out. After an initial shock, he decides to follow his old defense routines: that means fighting the invaders, even if he is alone now.

* Fly through tons of bullets, defeat various enemies and engage challenging bosses, all this to help a lonely robot complete his mission.
* Start out alone, but rescue allies as you progress
* Your allies do not level up by killing enemies. Rather they get stronger once they get to know you and each other better
* Control three ships rather than one! Change you fleet formation to avoid bullets and focus fire
* 2 Player Local Co-Op Support
* Use your ally special abilities to boost your firepower or heal yourself
* Fly through eight different levels, encountering various enemies and fighting your way to the O'Xelg communication base 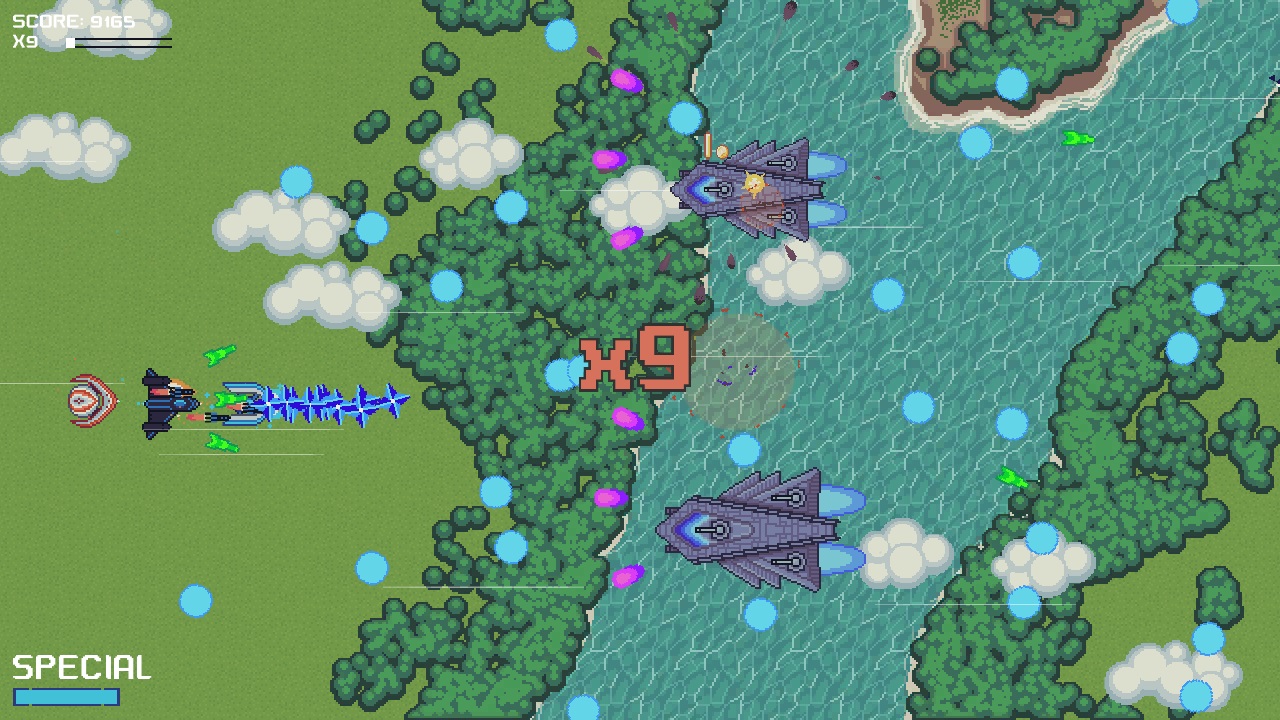 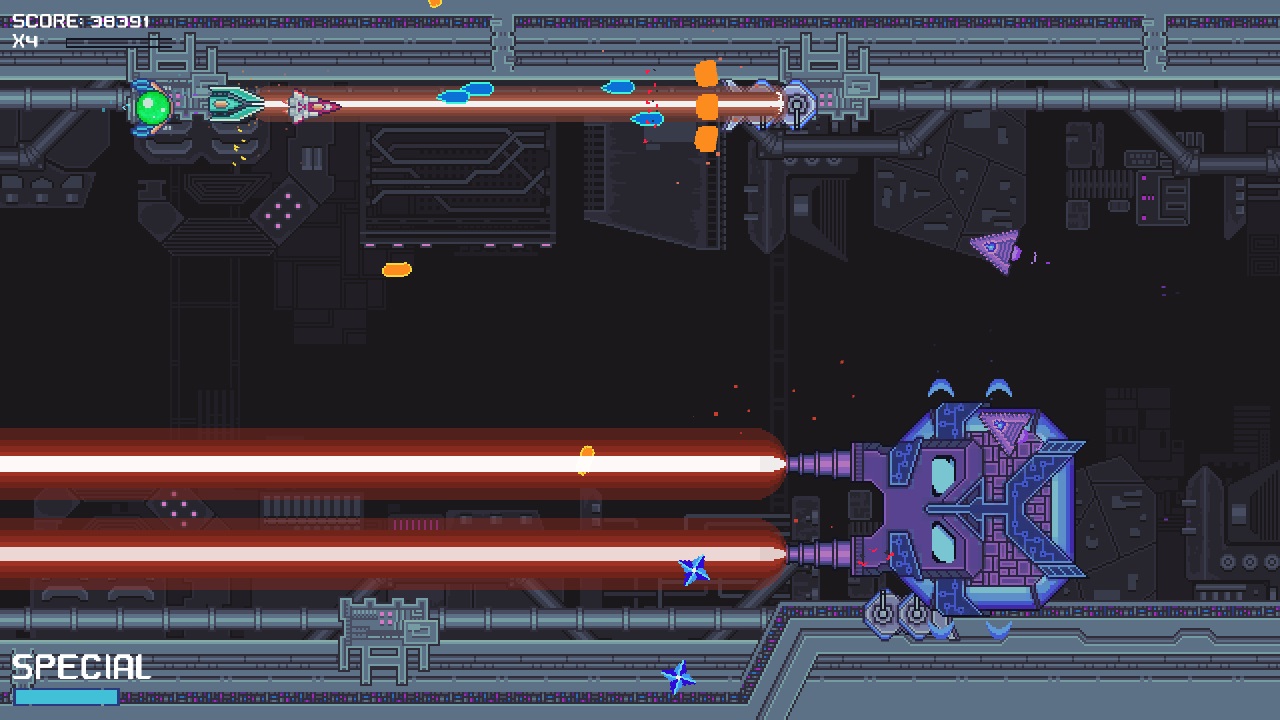 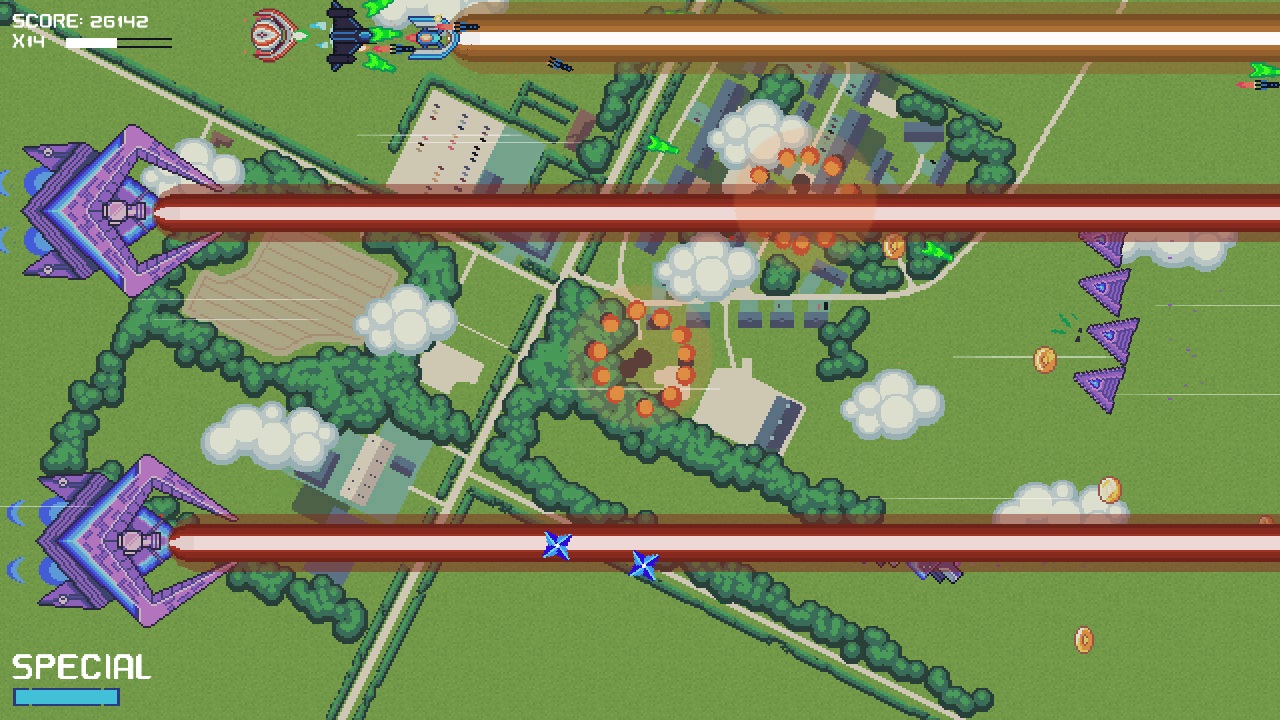 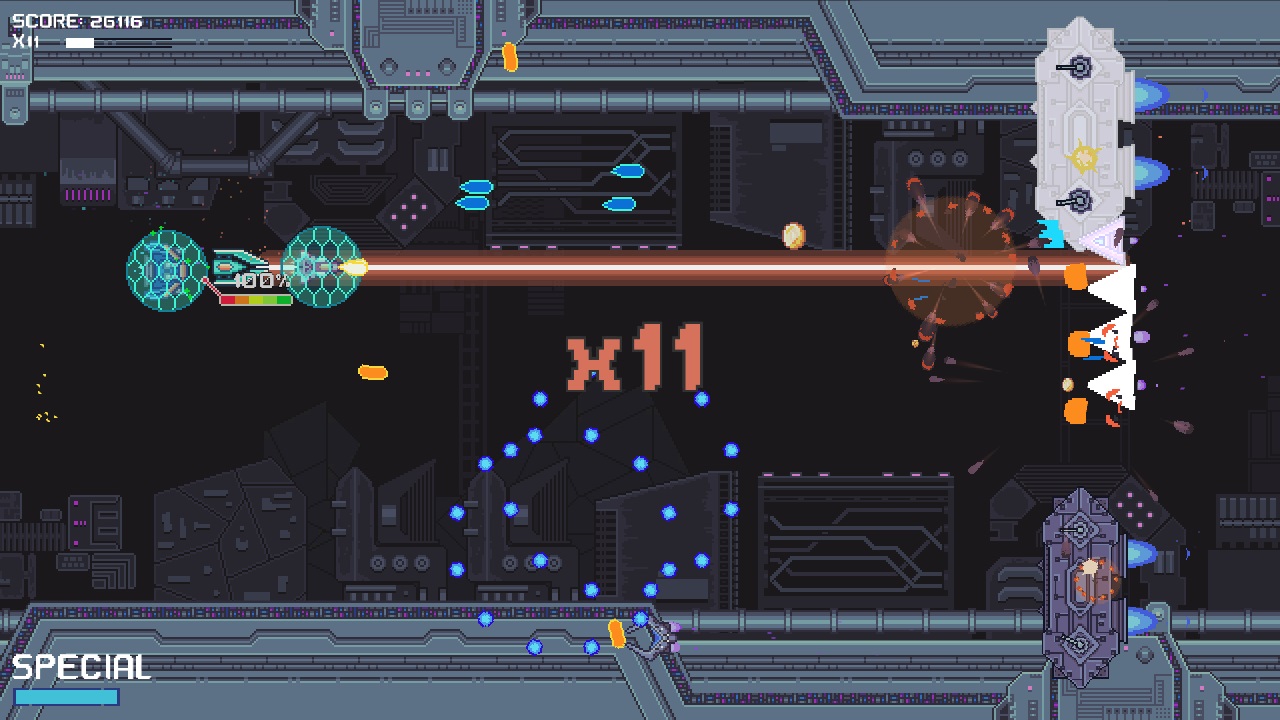 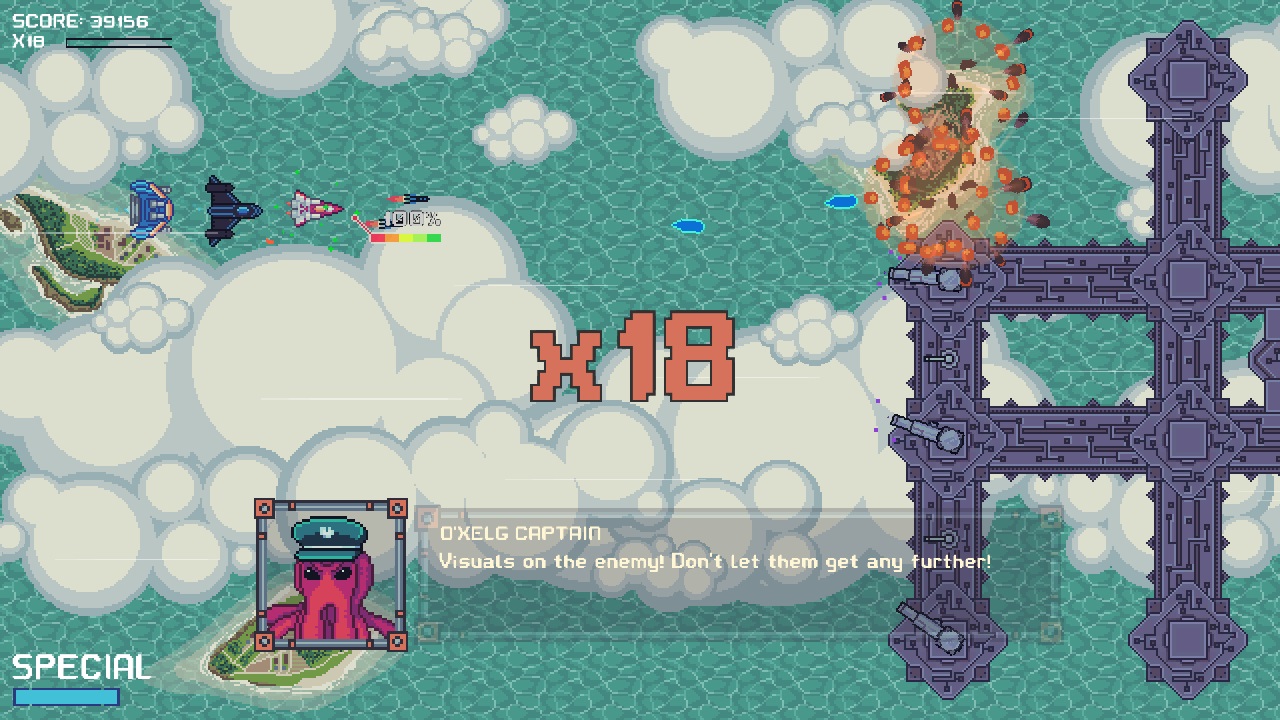 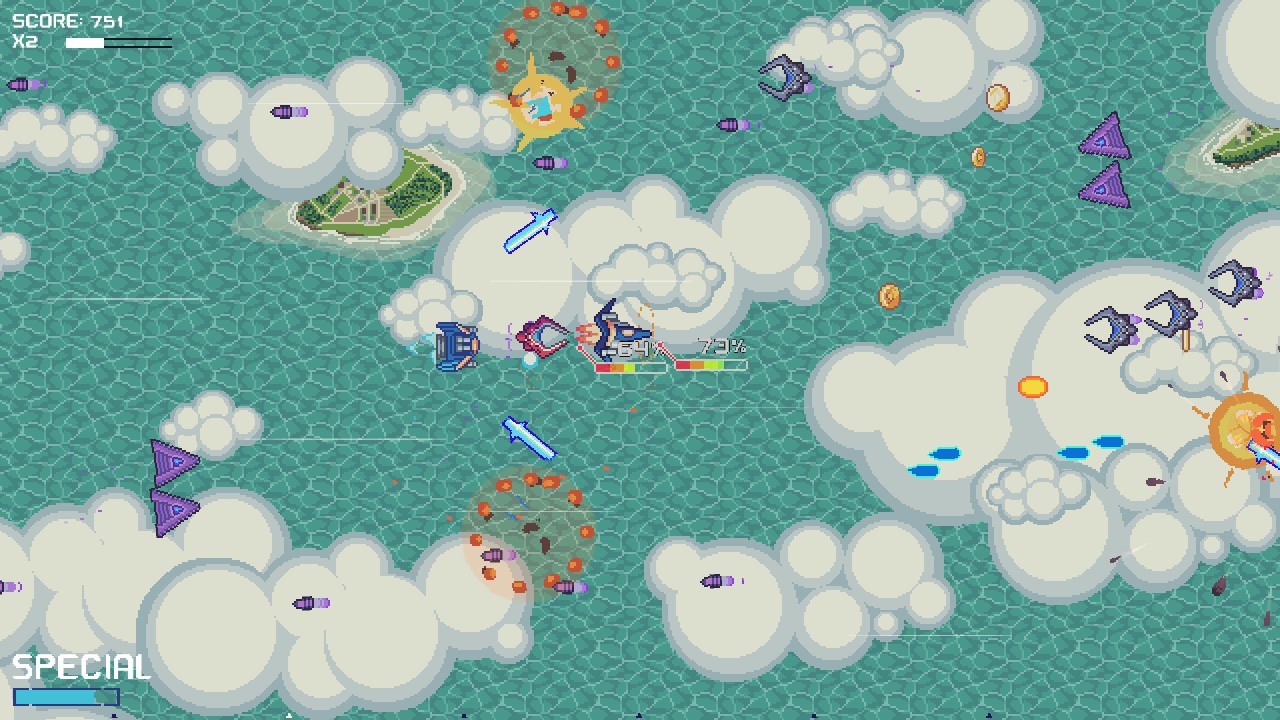