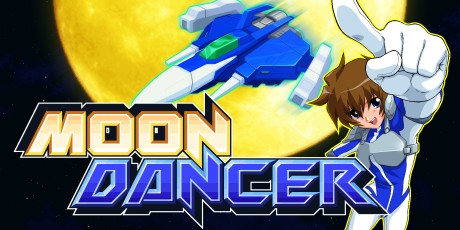 Exhilarating lock-on lasers
Operate the fighter "Moon Dancer" equipped with shots and lock-on lasers to defeat the enemy.
This game requires you to quickly defeat the enemies that appear one after another.
The feature of this game is the balance that prioritizes attacking the enemy rather than avoiding bullets.

Includes "Arcade Mode" and "Caravan Mode"
Arcade mode consists of 8 stages. You can choose from 3 levels of difficulty.
If you break through all the stages, the mission will be completed.
Caravan mode is a 3-minute limited challenge to get a high score.

In all modes, Local ranking and online ranking are supported.

Music
Two types of music are included: the original version by HIROKKEY and the chiptune arrangement version by Taku Shiiba.
Music can be switched in the option menu.

More details on the official game page of Moon Dancer ... 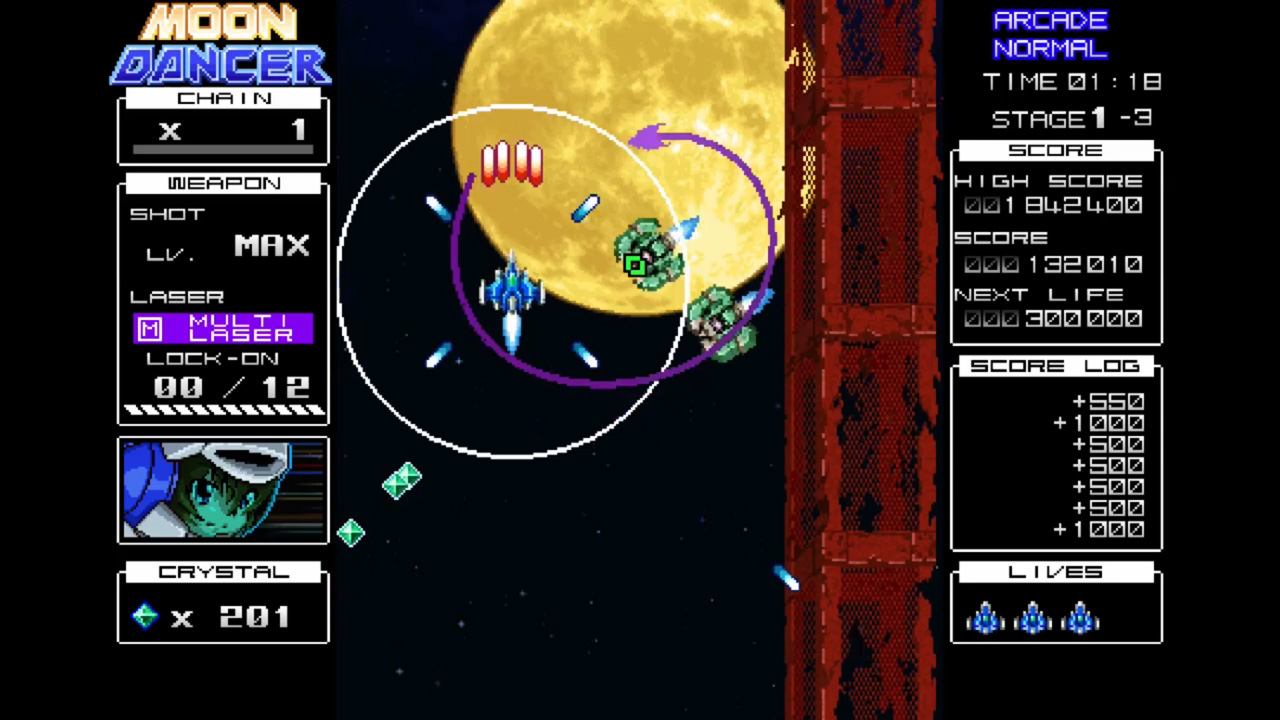 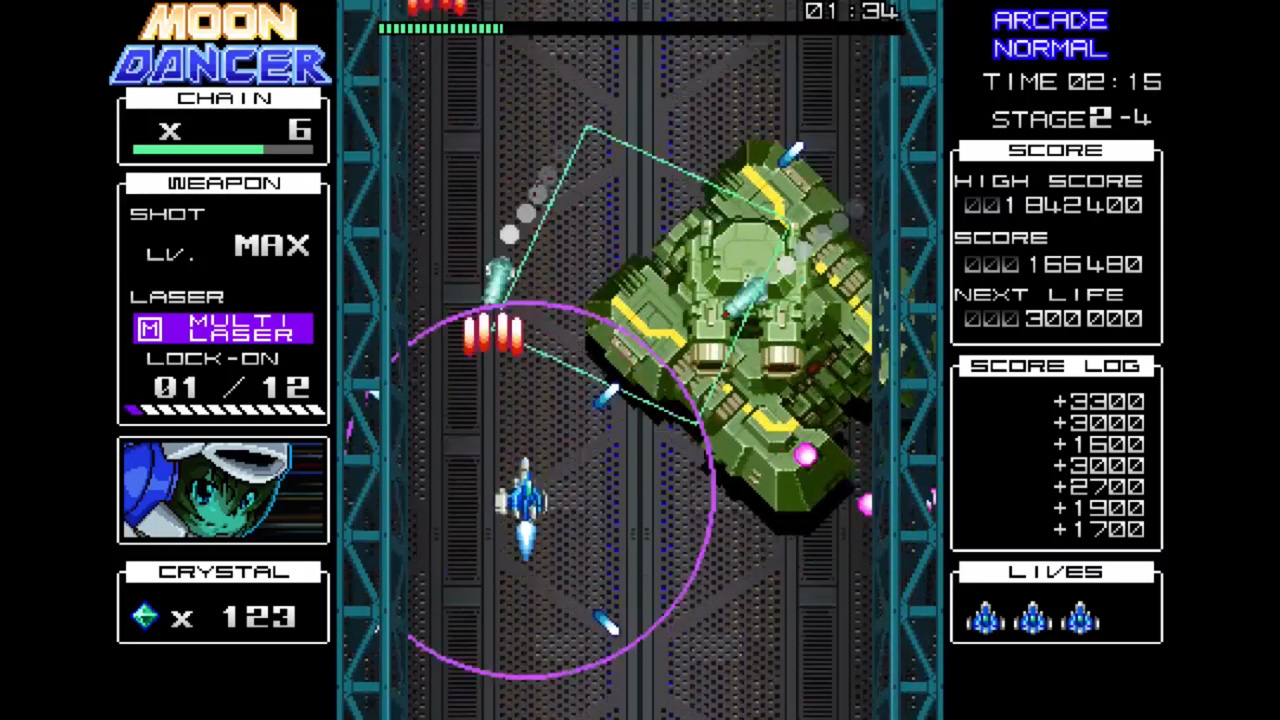 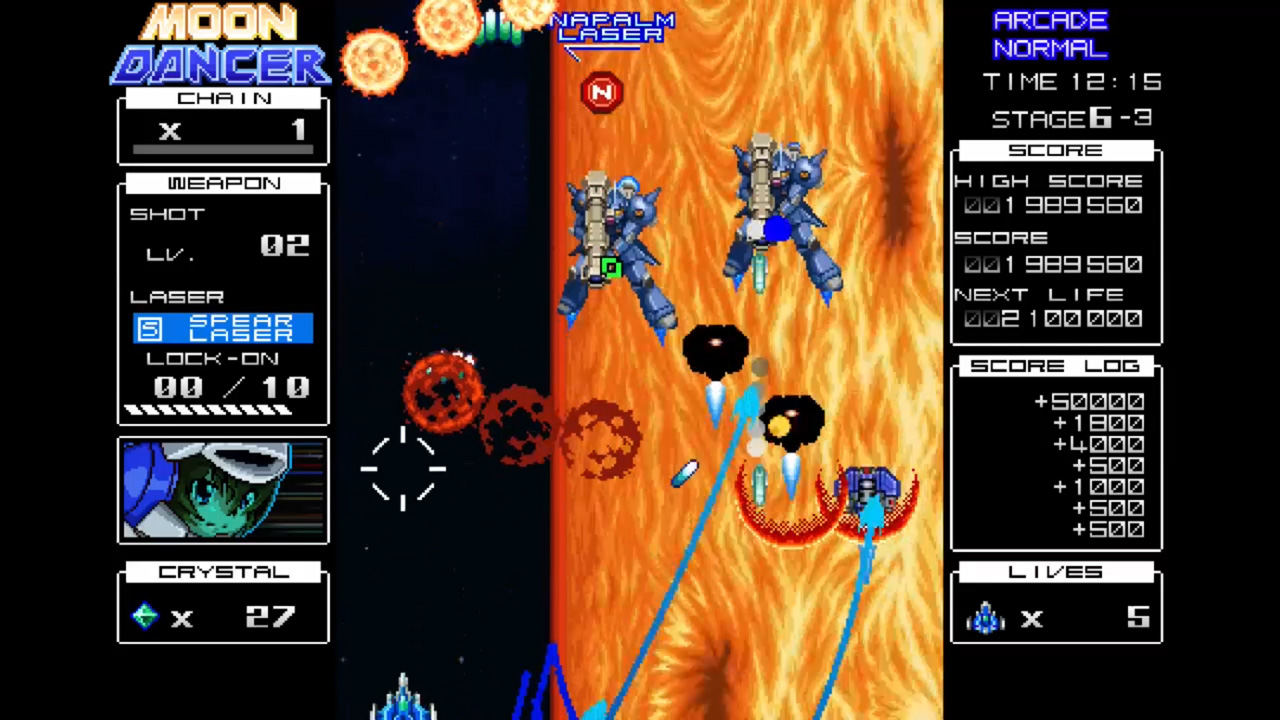 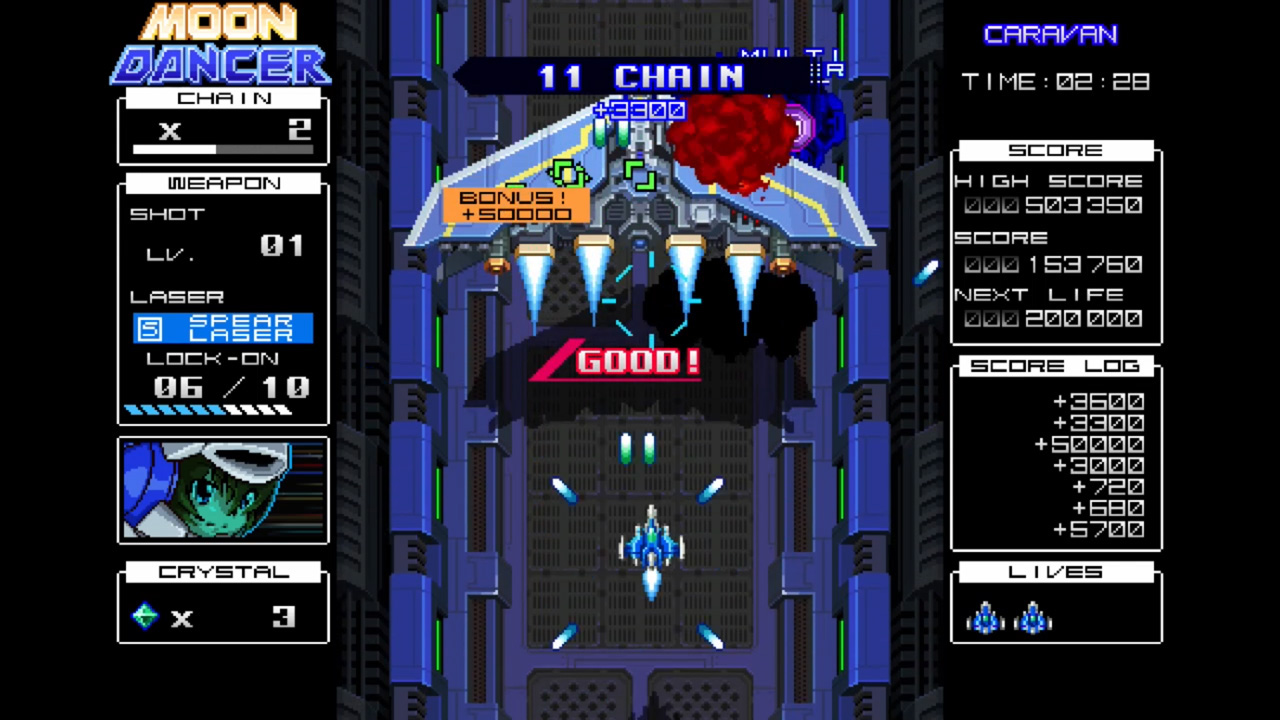