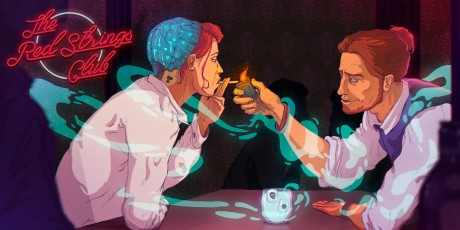 The Red Strings Club is a cyberpunk narrative experience about fate and happiness featuring the extensive use of pottery, bartending and impersonating people on the phone to take down a corporate conspiracy.

The professed altruistic corporation Supercontinent Ltd is on the verge of releasing Social Psyche Welfare: a system that will eliminate depression, anger and fear from society. However, the bartender of a clandestine club and a freelance hacker don't regard this evolution as an improvement but as brainwashing. Alongside unwitting company employees and a rogue empathy android, the duo will pull all the strings they can to bring down this scheme.

Cyberpunk Thriller Narrative
Uncover a mysterious corporate program that promises a blissful existence while debating what does happiness means and what lengths are permissible to obtain it.

Psychological Bartending
Read your customer's’ mood and mix the perfect cocktail to manipulate the client's emotions in order to gather the information you want and progress your agenda of stopping Supercontinent's plans.

Genetic Implant Pottery
Design genetic implants at a high-tech lathe to change the attitude and direction of the corporation’s most influential executives.

Vocal Corporate Espionage
Assume the voice of important figures in the Social Psyche Welfare project and play their own motivations against each other over the phone to uncloak their plans.

More details on the official game page of The Red Strings Club ... 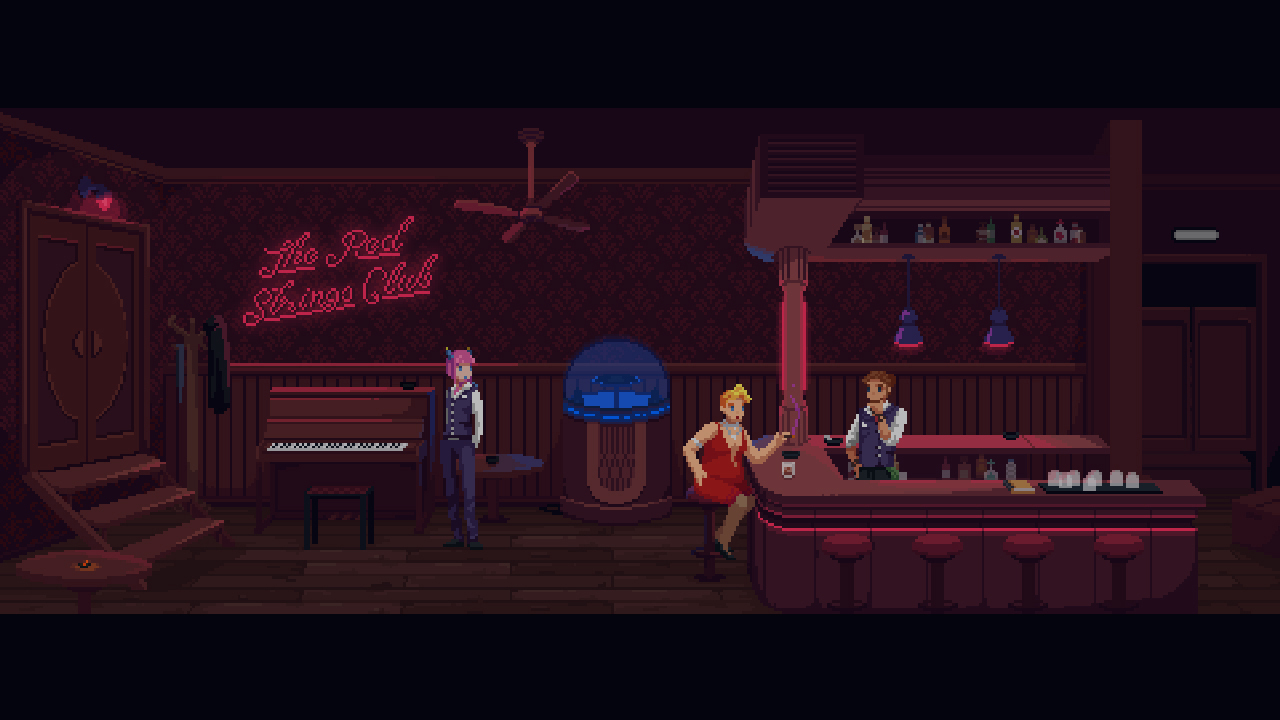 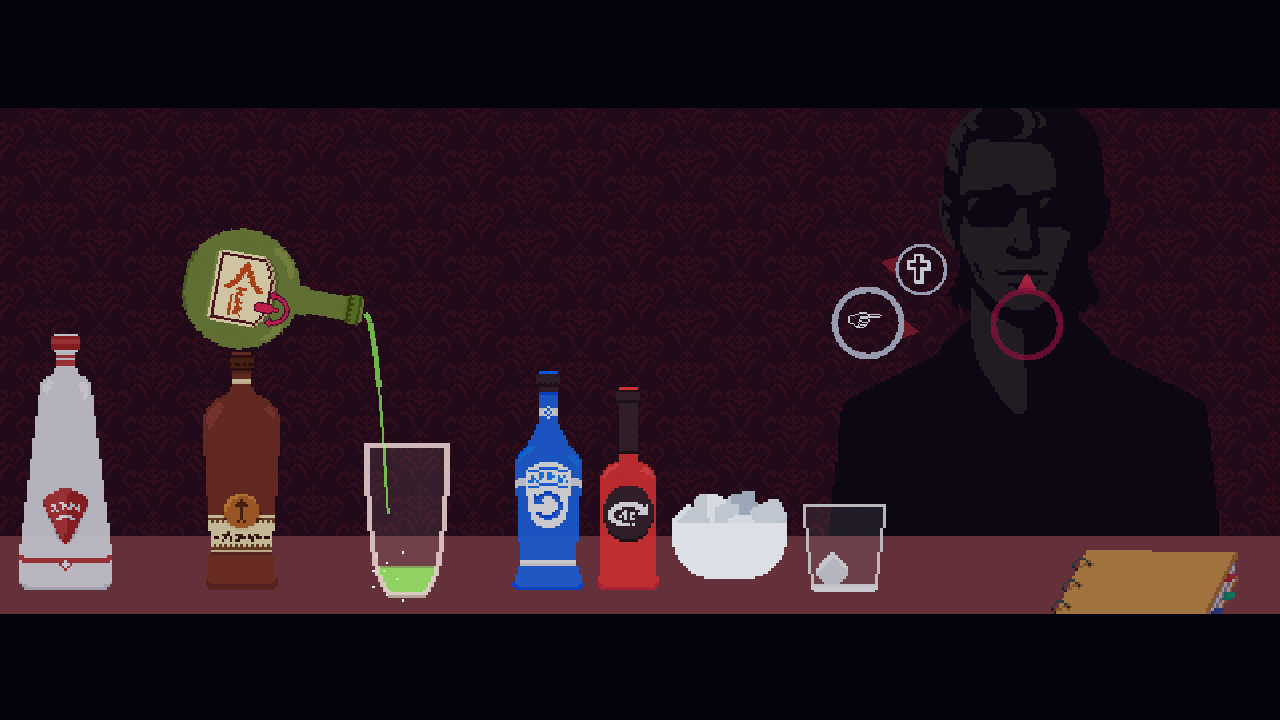 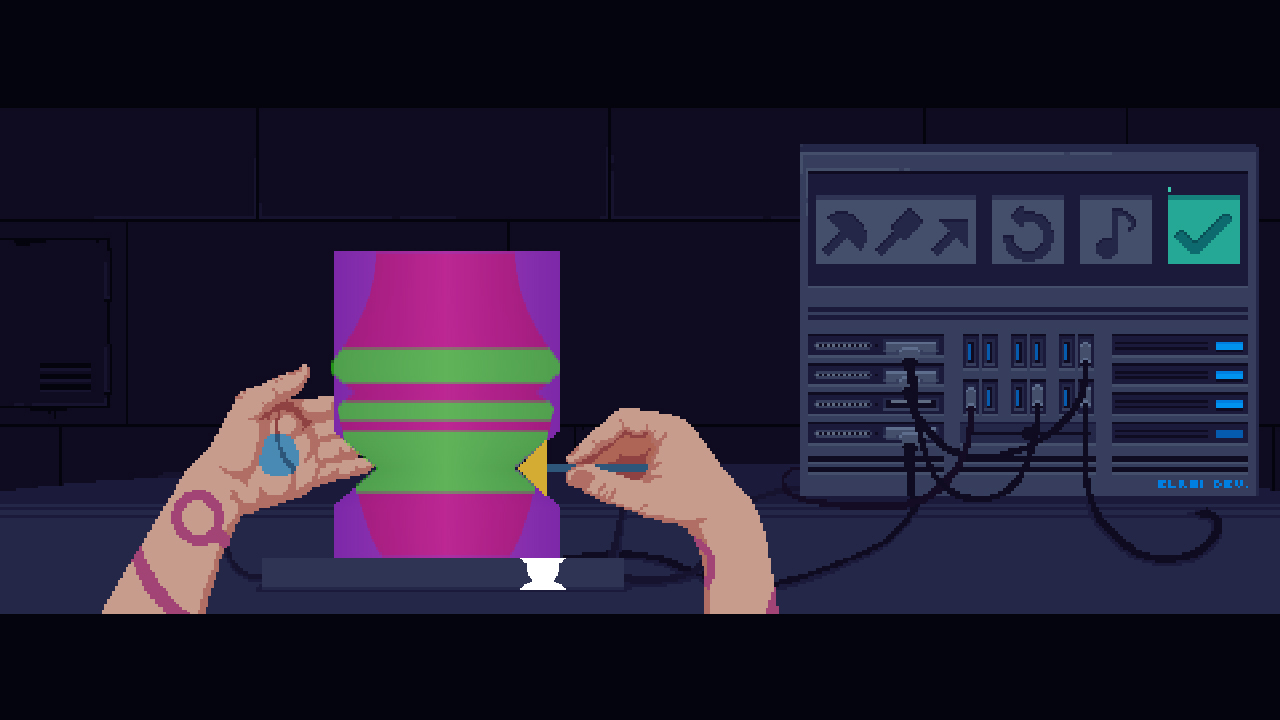 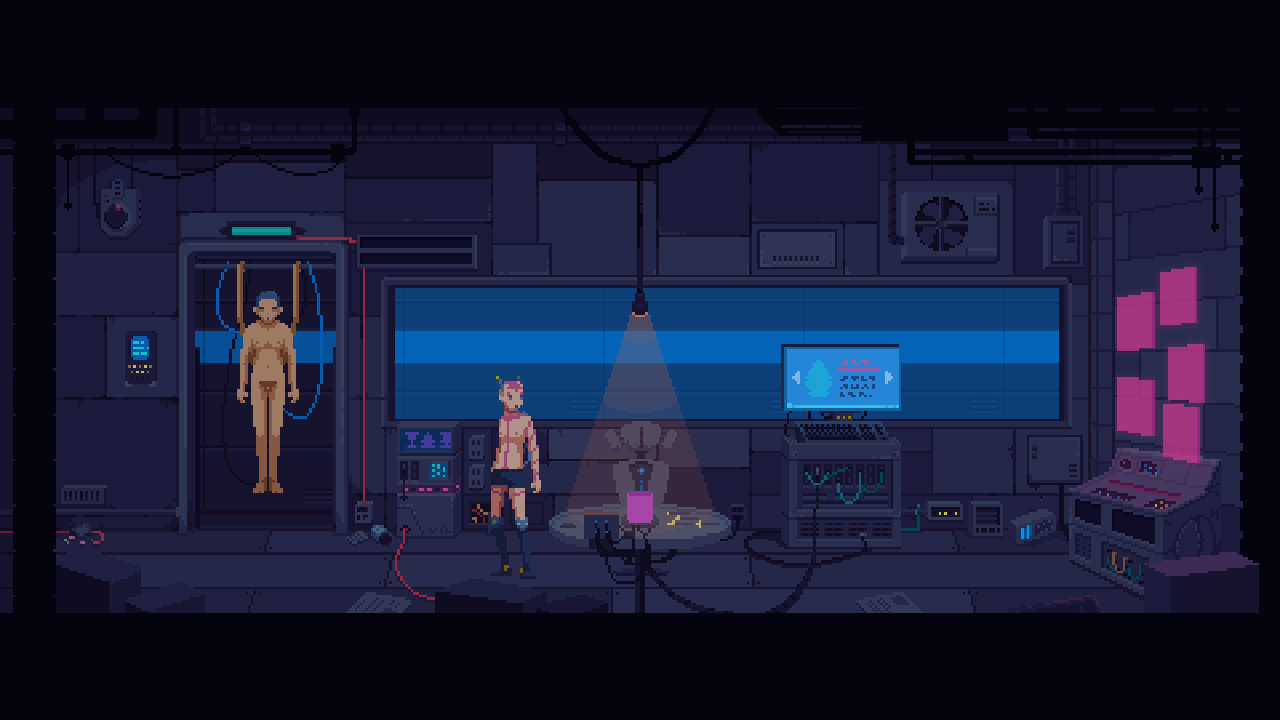 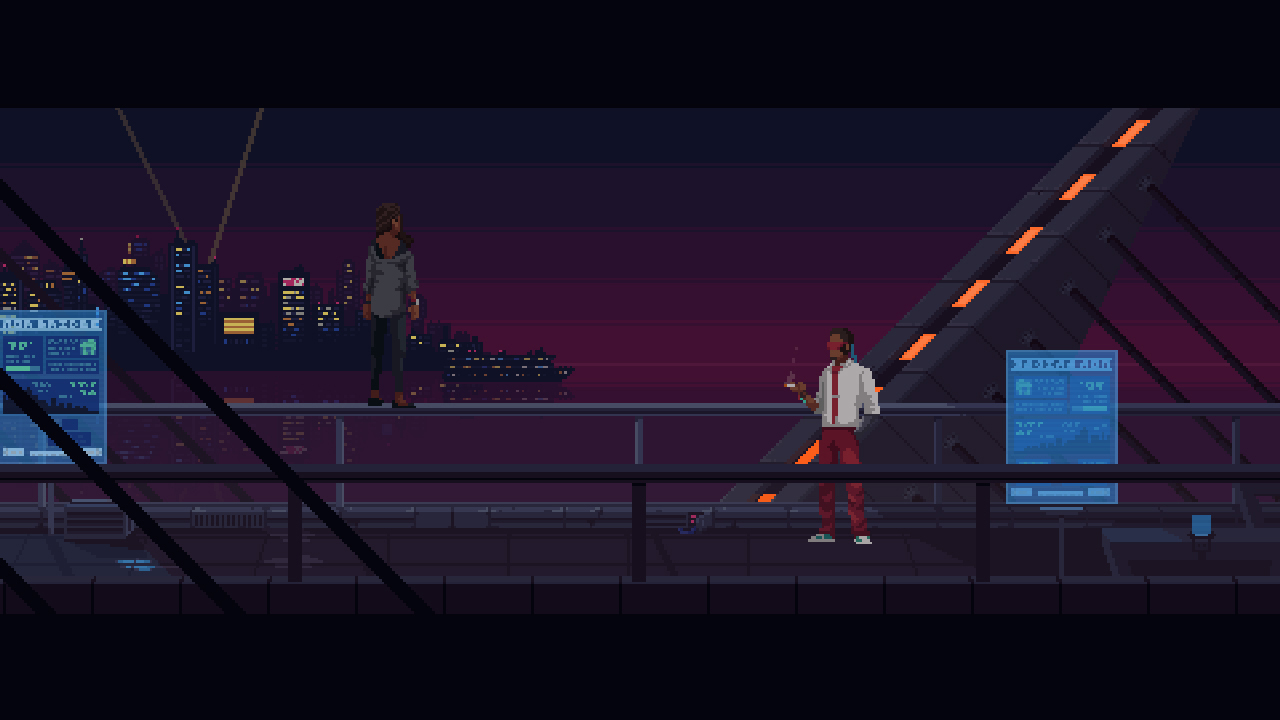 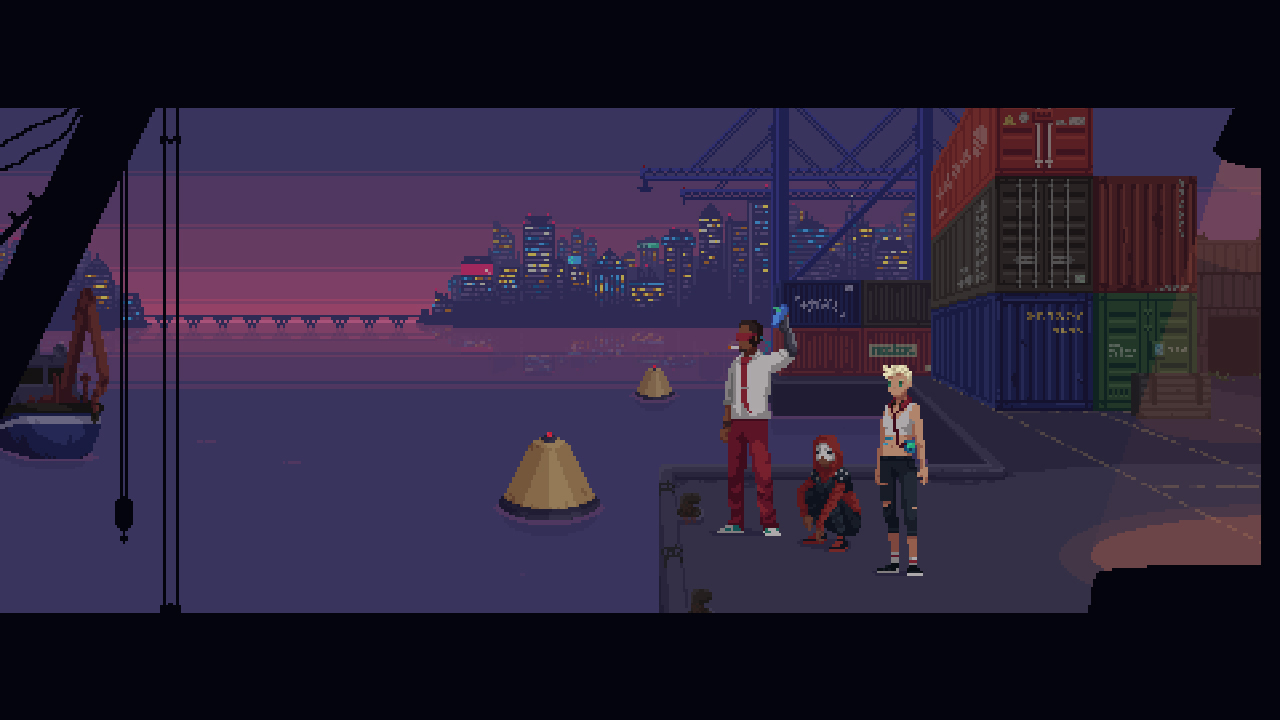