TIME MANIPULATION:
Bend time at your will by moving up and down the screen. After each wave, the game speeds up a small amount. making the game more challenging on each new wave.

POWERUPS:
You can accumulate multiple powerups at the same time. Collecting the same powerup upgrades it and increases your time with them active.

ABILITIES:
Activate your ability when you are facing near certain destruction to turn the tables of the game. It might be the one thing that saves you from a GAME OVER.

HAZARDS:
Hazards can appear at any time and can lose you a life if you happen to hit any of them. They can help destroy blocks if you're agile enough, could be a blessing in disguise.

MULTIPLAYER:
Online matchmaking where you can host or join an existing room and destroy waves of blocks.
Your scores are saved to the leader boards with your names. How long can you stay #1?

VARIETY OF GAME MODES:
Start a game with standard arcade rules, or customize your own.

CUSTOMIZATION:
Personalize your player ship and choose from a selection of colours as well as your propulsion effect.

FOR SPEEDRUNNERS:
Set a custom game mode and get the fastest time or highest score for that mode.

More details on the official game page of Wavecade ... 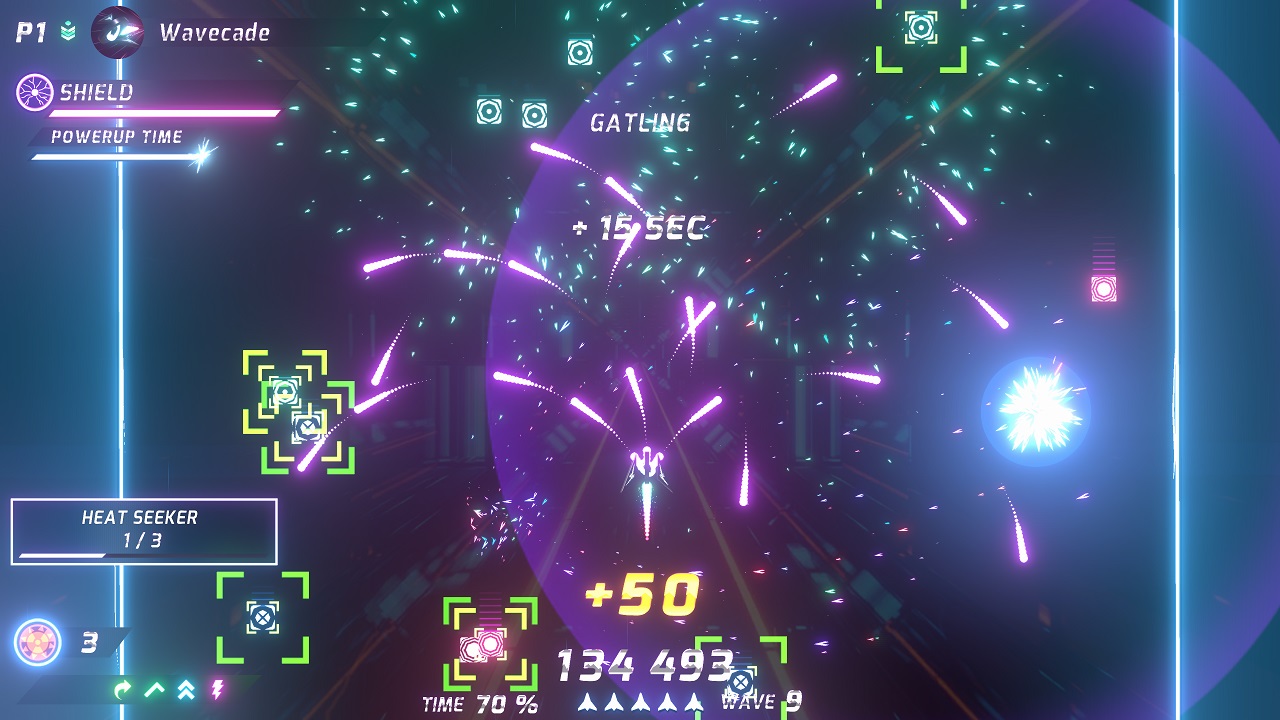 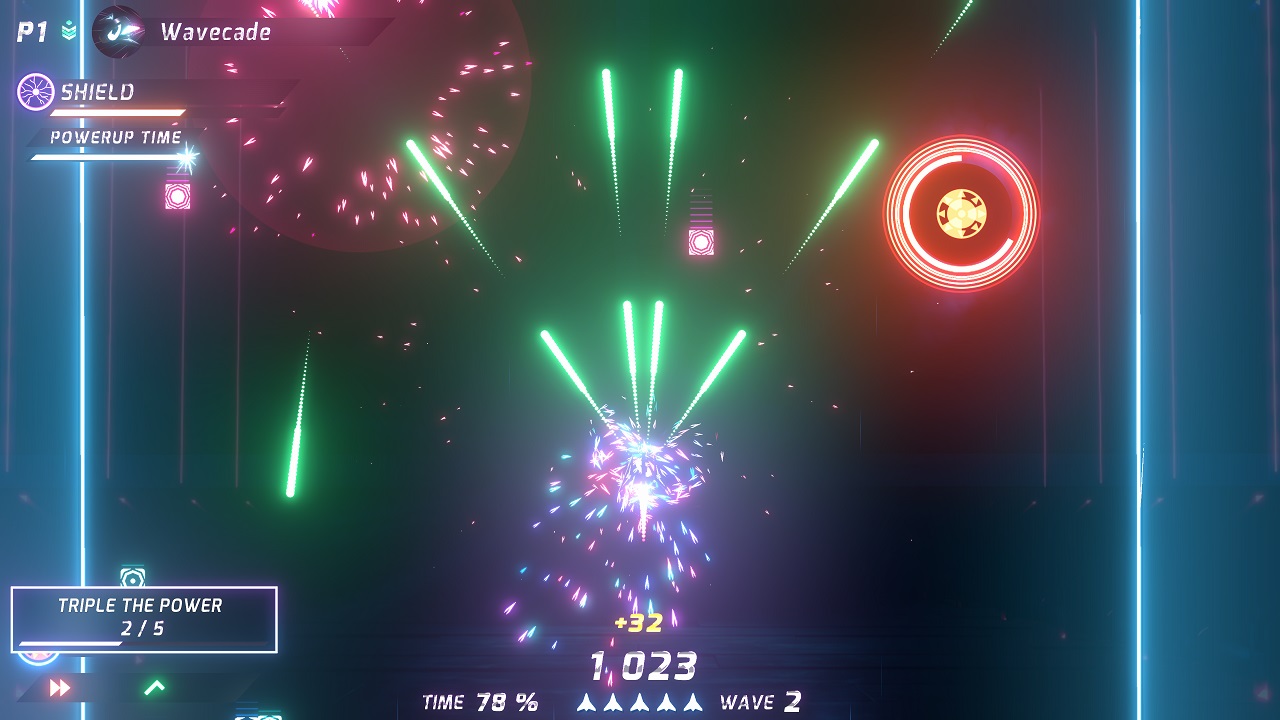 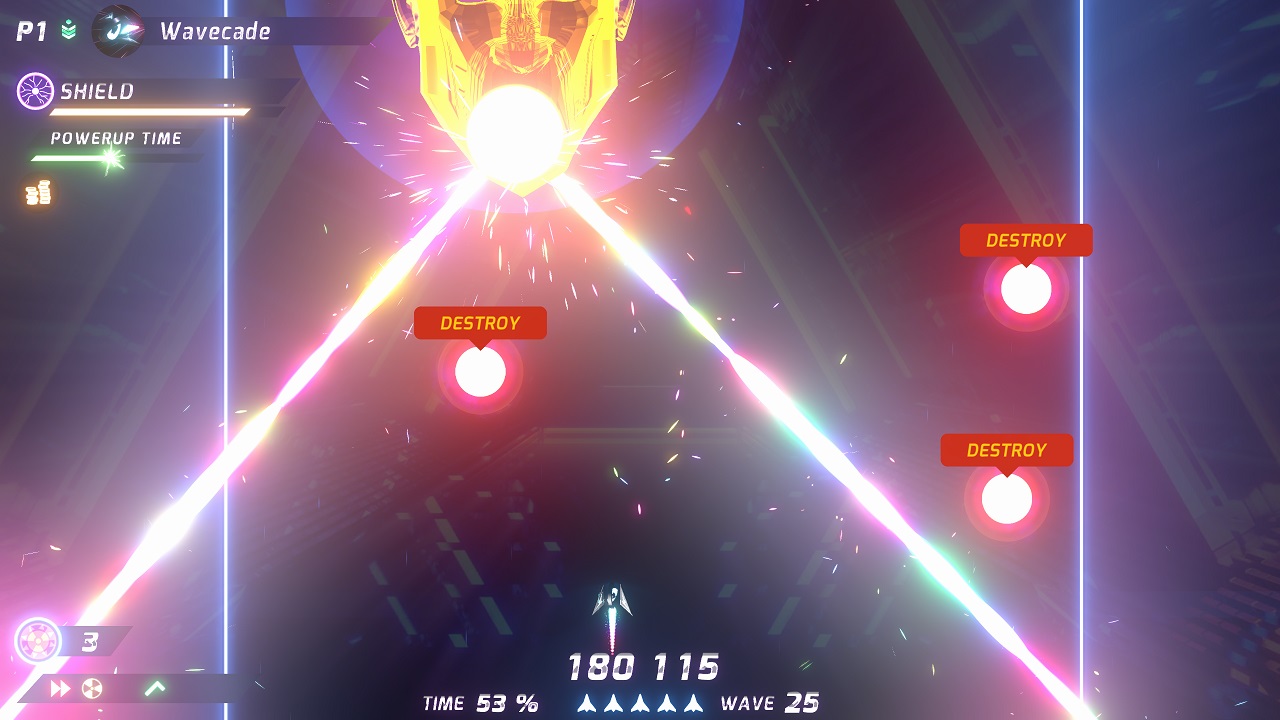 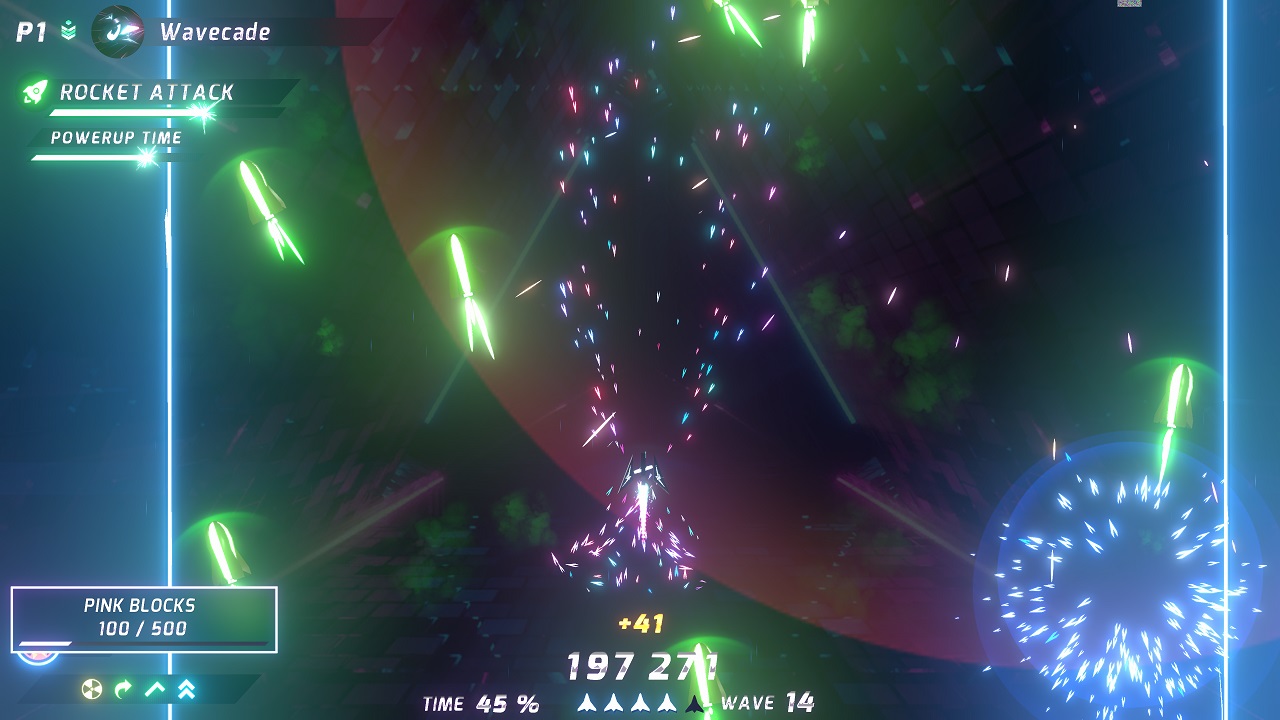 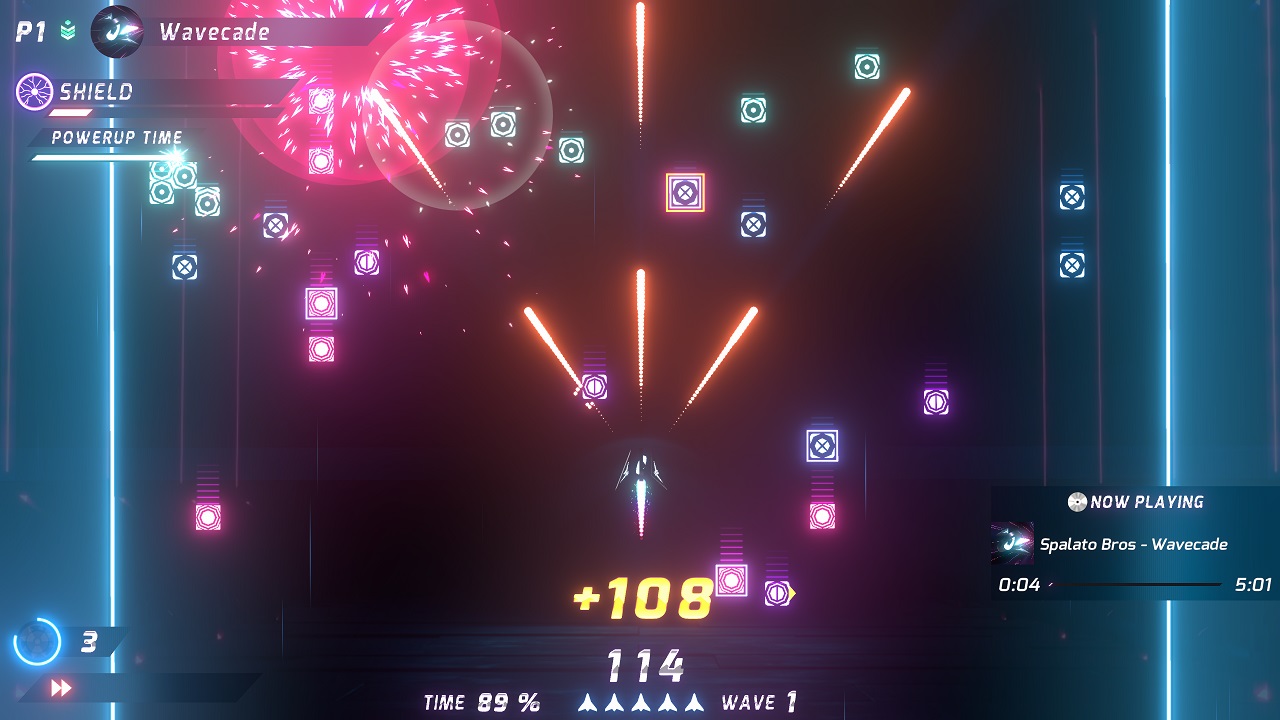 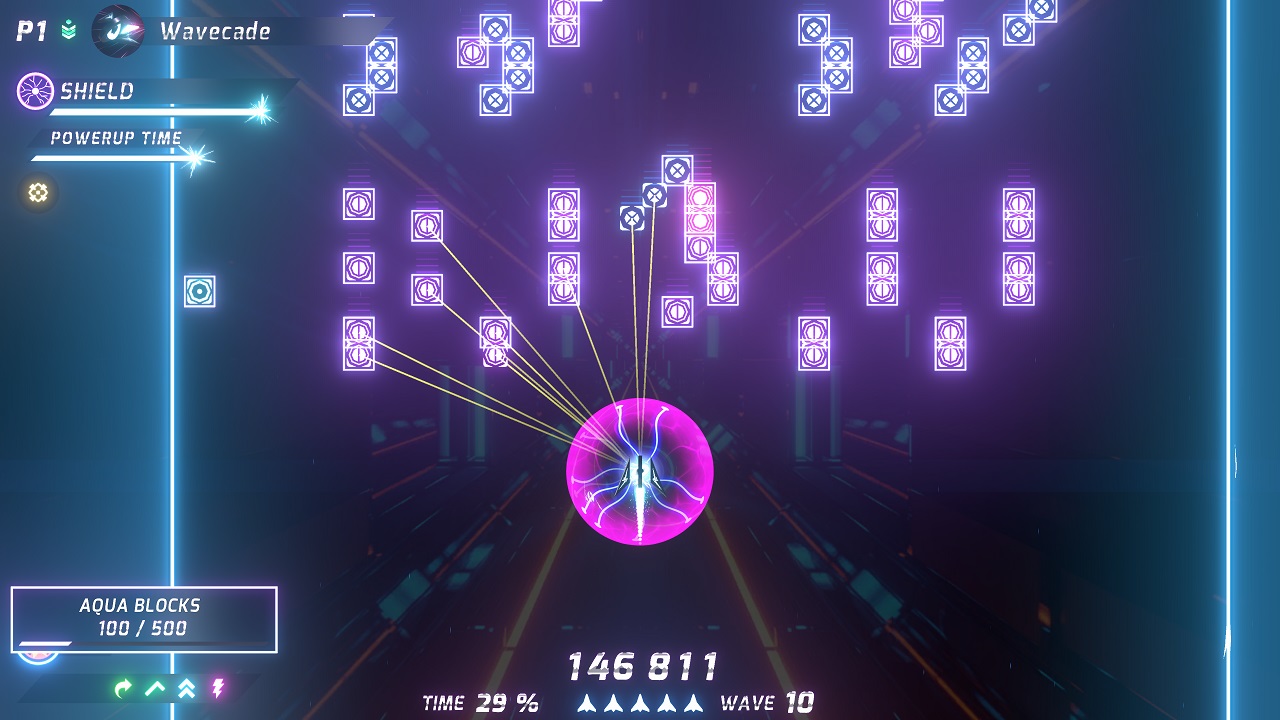