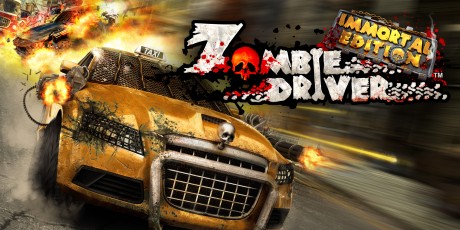 Insane mix of cars, speed, explosions, blood, and zombies! Fight through an epic narrative campaign or test yourself in the Slaughter and Blood Race modes. Engage huge bosses, save survivors, drive crazy vehicles such as a bulldozer, fire truck or even a tank and smash everything in your way. Take part in the Blood Race tournament - chase other cars and take them down without mercy on brutal racing tracks. Jump into the Slaughter mode and survive as long as possible on specially crafted arenas.

Zombie Driver Immortal Edition includes all DLC content that was ever created for the game.

STORY MODE - with 31 missions, sub-quests, and bonus objectives in a huge, free roaming city, including:
* Epic Boss fights with enormous mutated zombies.
* Defending key targets against huge waves of zombies.
* Racing against time to rescue survivors.
* Transporting dangerous cargo.
* Spraying anti-zombie repellent around town.
* 13 different vehicles to drive including a firetruck, bulldozer or even a tank.

BLOOD RACE MODE - with 36 unique events offering the best arcade racing experience in 3 distinct game types:
* Race - classic racing spiced up with guns and loads of zombies.
* Eliminator - take down as many vehicles as you can before the time runs out.
* Endurance - there is a bomb on your car and its ticking. Race through checkpoints to extend your time.

SLAUGHTER MODE - with 9 survival arenas featuring enormous killing sprees and a dynamic upgrade system:
* Fight through endless waves of zombies.
* Upgrade your car on the fly.
* Compete with friends on Leaderboards.
* Kill thousands of zombies.

KEY FEATURES
* 9 different upgrades which can transform even an innocent Taxi into a Chariot of Death.
* Miniguns, flamethrowers, rocket launchers or dual railguns.
* Vicious zombie types including even zombie dogs.
* Advanced, dynamic combo system with tricks and hordes of zombies to try it on. 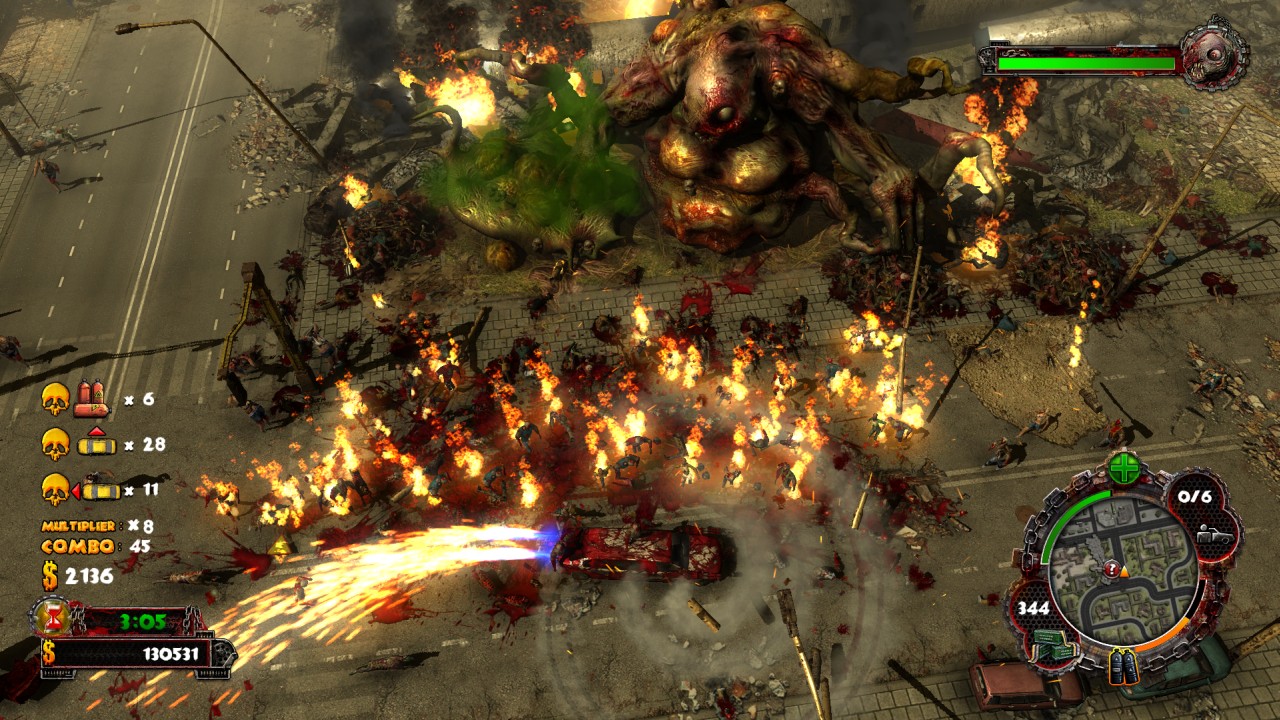 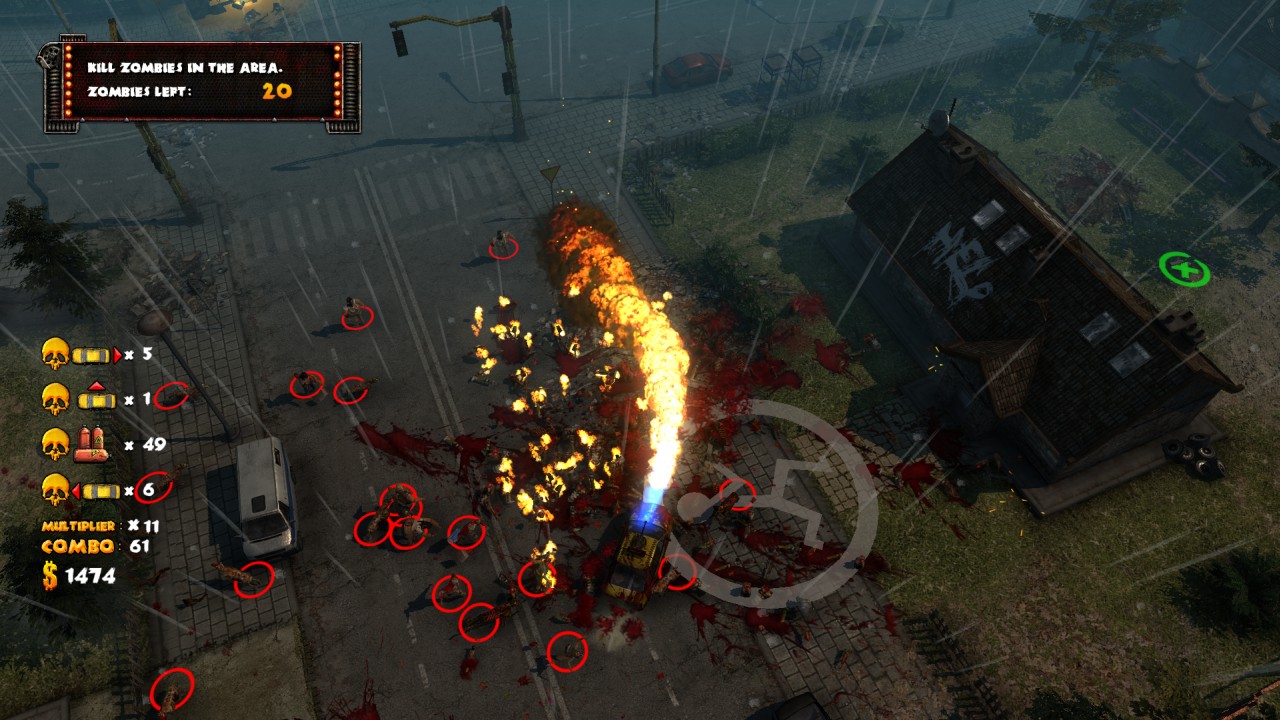 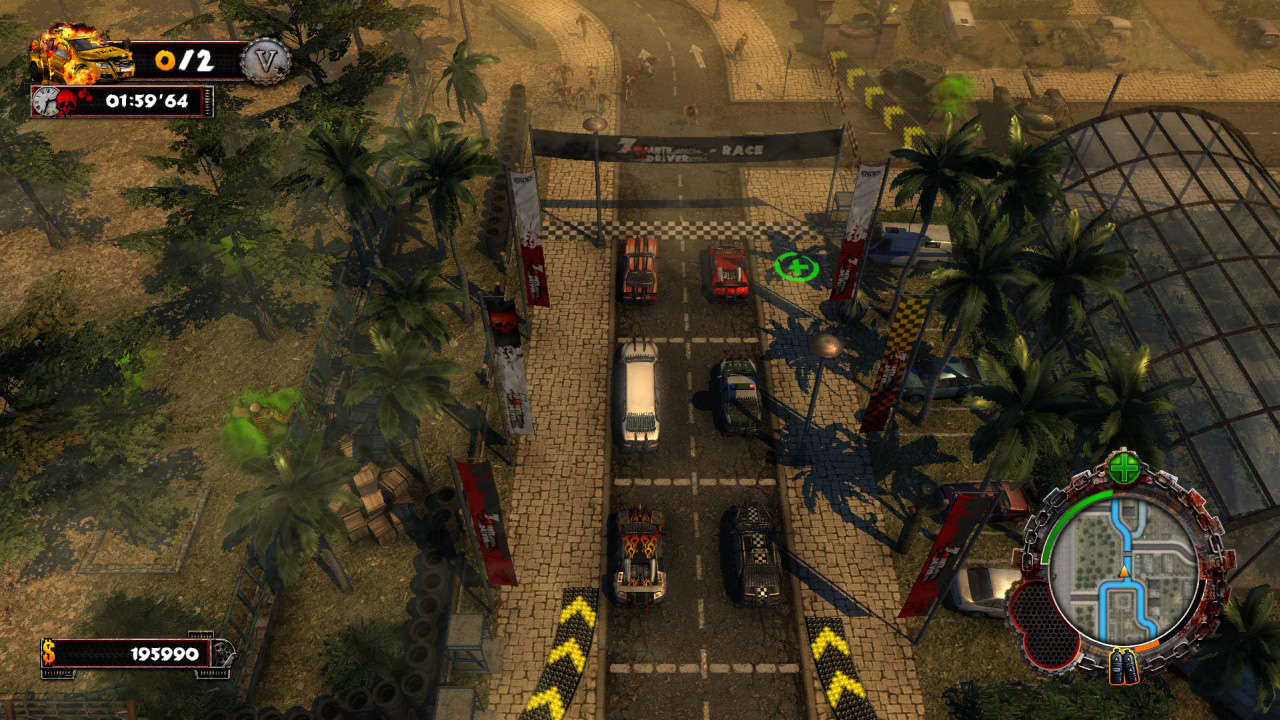 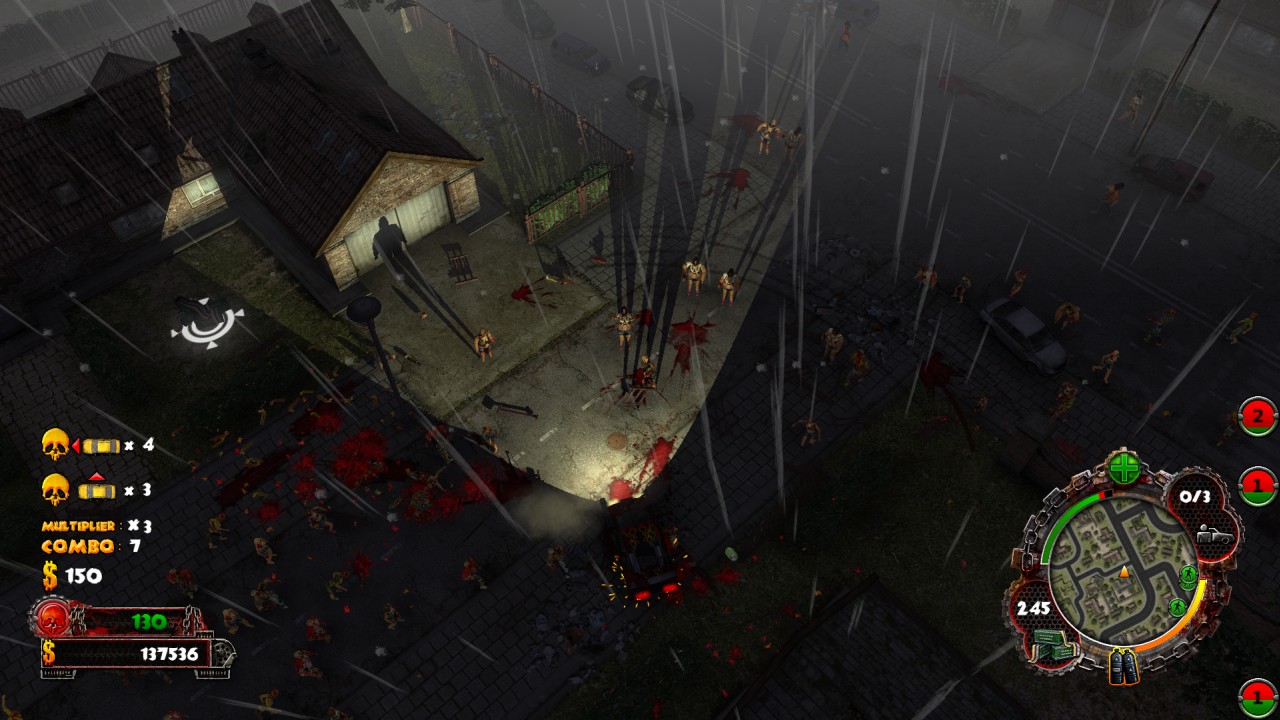 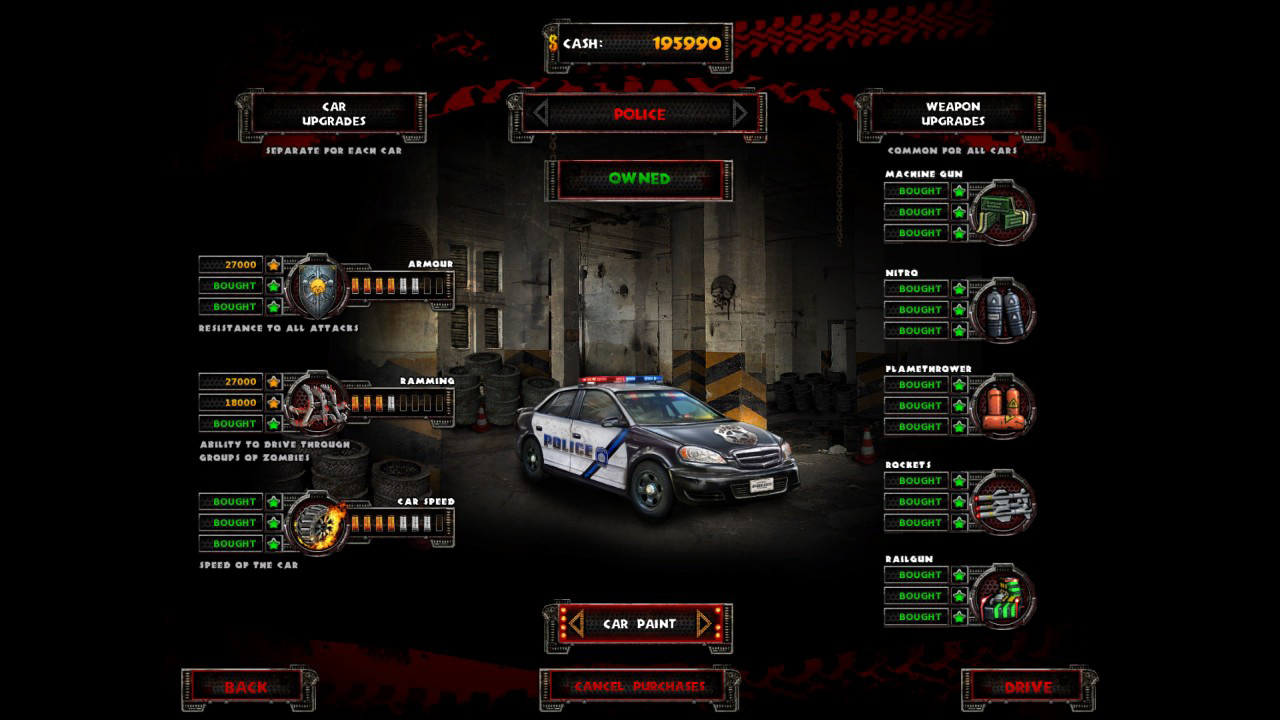 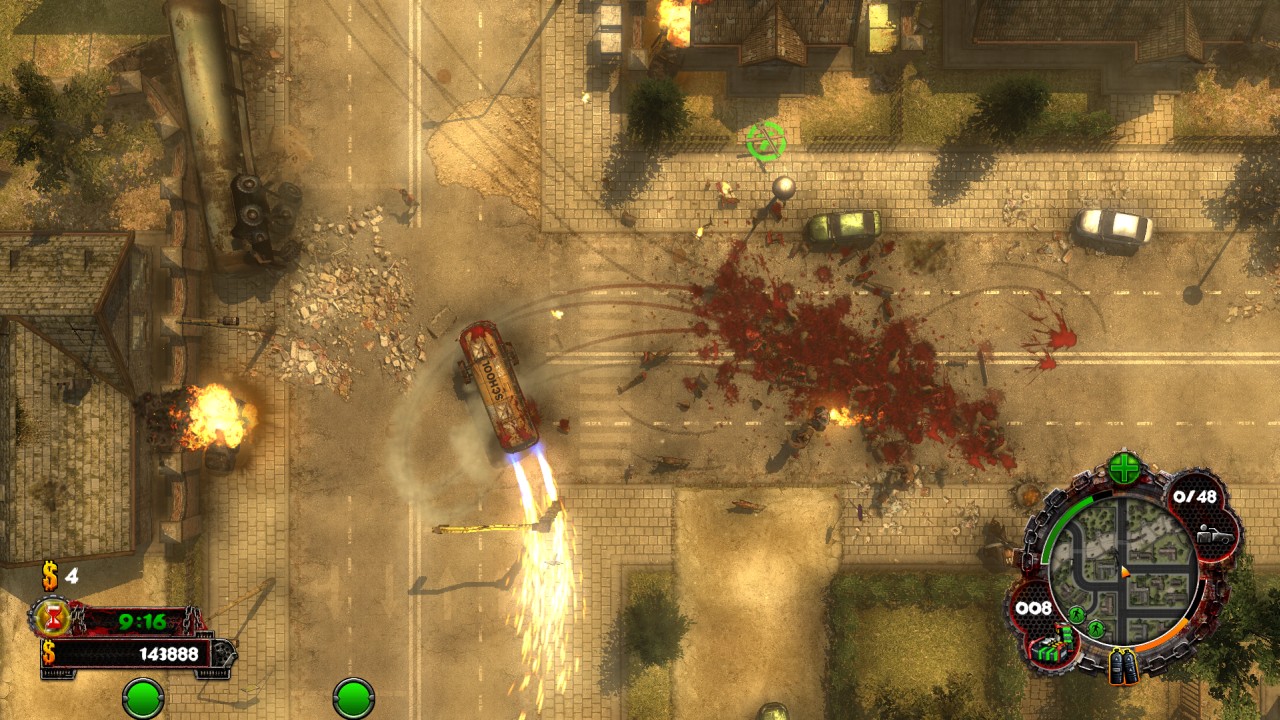